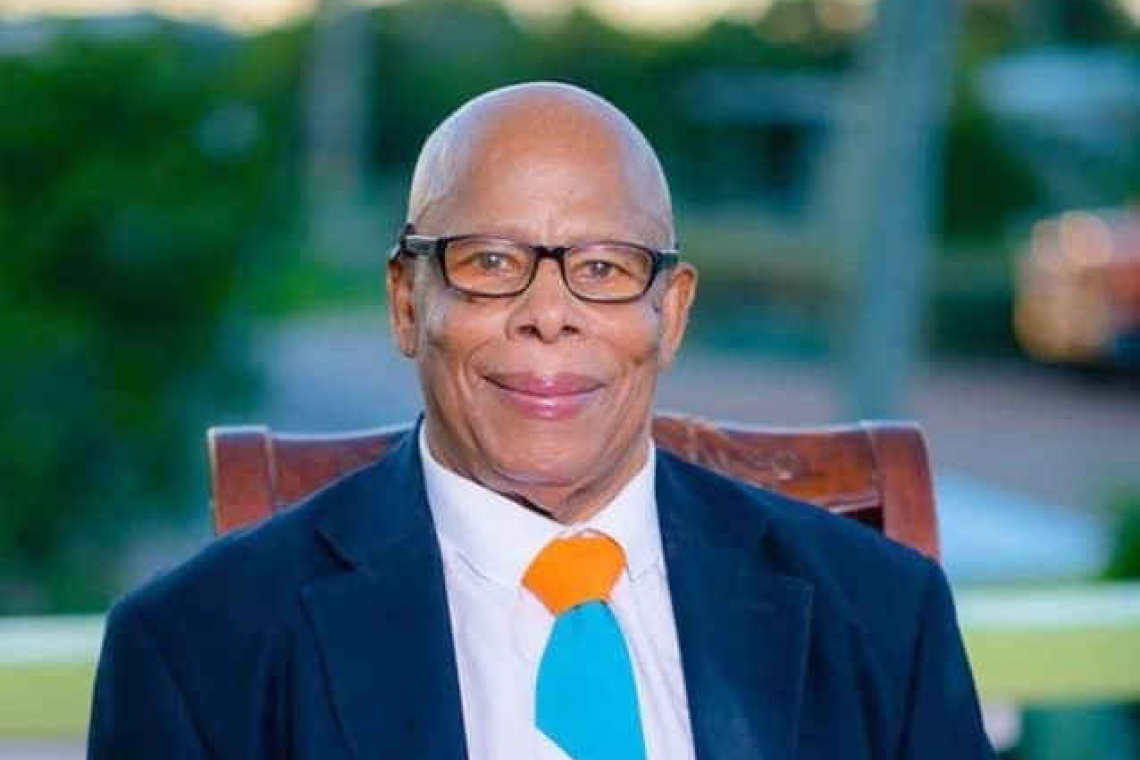 ANGUILLA--Former Chief Minister of Anguilla Hubert Hughes died on Friday, May 7. He was the longest serving politician in Anguilla, having contested every election from 1976 to 2010. He leaves to mourn his wife, Norma and three sons. Messages of condolence are pouring in from the region and Anguilla.

The last public occasion Hughes attended was a service of thanksgiving in October 2020 to celebrate his birthday and his life. The event followed a road-naming ceremony, earlier that evening, when the South Hill stretch of road was officially named the Hubert Benjamin Hughes Drive in honour of Hughes’ tenure in government and for his admirable service to the people of Anguilla.

Governor Dileeni Daniel Selvaratnam together with Deputy Governor Perin Bradley and staff at the Governor’s Office, sent a message of condolence. “He led a remarkable life of public service. During a career spanning six decades, he demonstrated unwavering conviction and enduring commitment to serving the interests of Anguilla. We send our deepest condolences to his family and hold particularly his dear wife, Norma Hughes, and his children, Minister Haydn Hughes, Greig Hughes and Erlyn Niles, in our thoughts and prayers. May his soul rest in peace and perpetual light shine upon him,” the letter read.

A message from Premier Ellis Lorenzo Webster sent condolences on behalf of the government and people of Anguilla, noting that flags will be flown at half-mast for the next week and plans for a formal remembrance will be announced shortly. He noted, “The late Hubert Benjamin Hughes was first elected to the Anguilla House of Assembly in 1976. He was Anguilla’s third chief minister and served in that capacity from 1994 to 2000 and from 2010 to 2015. With a political career spanning approximately 40 years, Mr. Hughes is one of Anguilla’s most revered political leaders. The people of Anguilla will forever be grateful for his contribution to the development of our beloved island.”

Speaker of the House, Barbara Webster-Bourne sent condolences on behalf of the staff of the House of Assembly. Part of her message includes, “As we commemorate the 45th Anniversary of the Establishment of the Anguilla House of Assembly, we pay tribute to stalwarts like Mr. Hughes, who established the foundation upon which our Parliament stands. His many years of service to the people of Anguilla is both a testament to his values and the lasting bond that he nurtured and maintained with the people he served.”

Former Premier Victor Banks also sent condolences, recalling the many years that they had worked together both in government and opposition. He noted that Hughes’ contribution to Anguilla in every role that he served will be remembered by many, especially the people of district Road South, where he served for over 40 years and was greatly loved and admired.