Anguilla heating up for elections just a week away 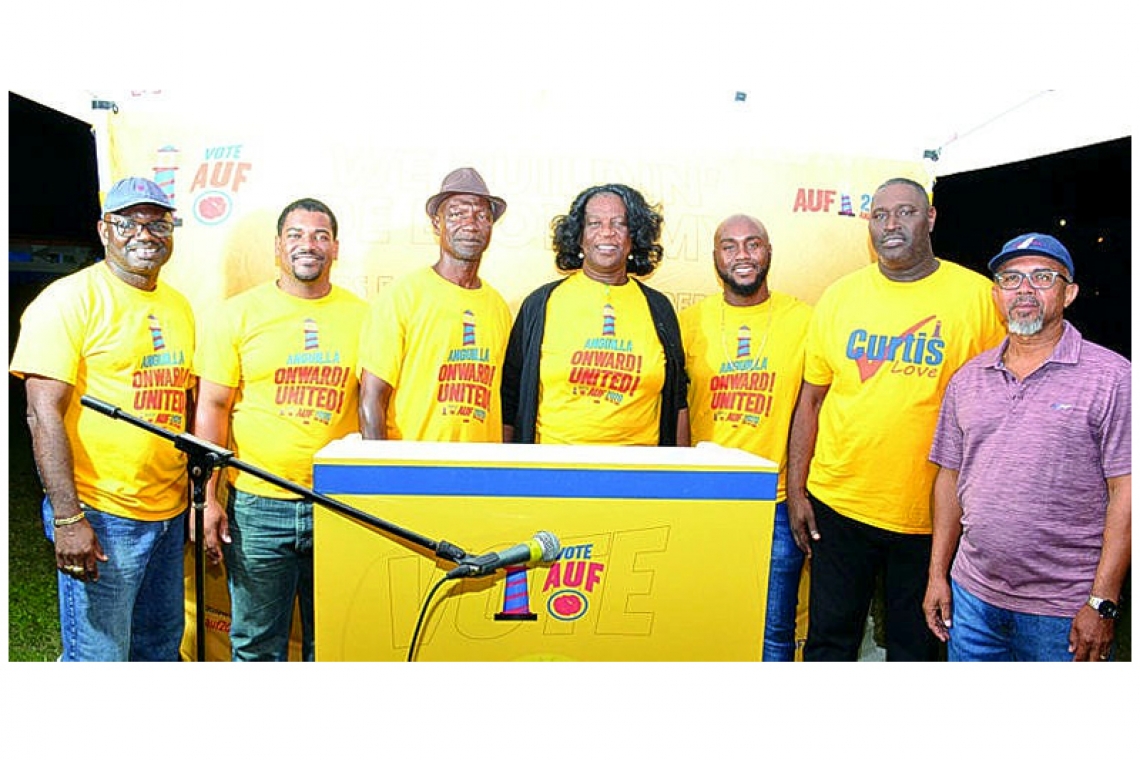 ANGUILLA--June 29 is Election Day in Anguilla and the 32 candidates are involved in public meetings and debates. The Anguilla National Youth Council is doing a very good job in organising political debates on a nightly basis. During the past week the representatives from each district have debated with their opponents on questions based on youth and sustainable development. The debates were of a high standard and gave the population the opportunity to hear their candidates’ opinions on vital concerns. This week the island-wide candidates will be debating.

On Election Day voters will choose a representative from their district and in addition, and for the first time in Anguilla, choose four island-wide representatives.

There are two parties: the Anguilla United Front (AUF) led by Victor Banks and the Anguilla Progressive Movement (APM) headed by Dr. Ellis Webster. Each party has a candidate in each of the seven districts as well as four island-wide ones. In addition there are another seven independent candidates island-wide. There are three independent persons in the districts, making 32 candidates in total. At previous elections the results have not usually been known until after midnight or later, but this year with the electronic counting, results are expected by 10:00pm or earlier.