‘Need for speed with pragmatic approach during reconstruction’ 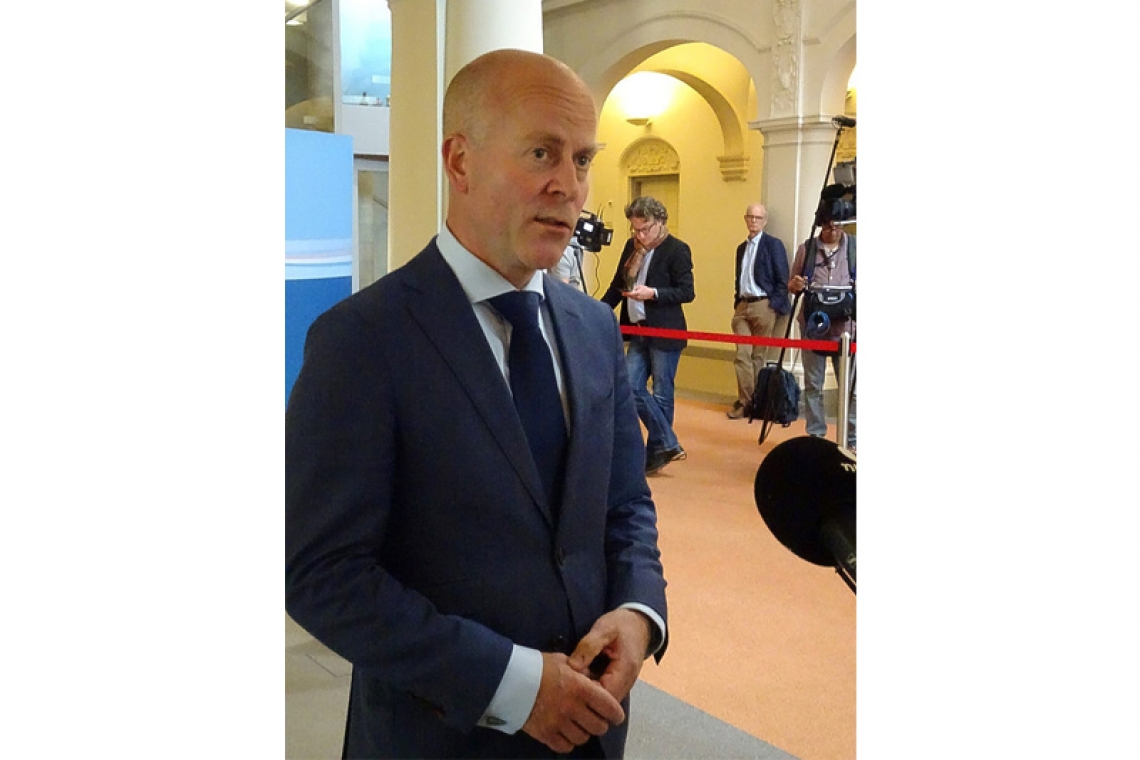 THE HAGUE--A serious speeding up of the St. Maarten reconstruction projects is needed with a more pragmatic approach and faster procedures. Technical assistance is part of an active strengthening of the execution of projects financed by the St. Maarten Trust Fund.

State Secretary of Home Affairs and Kingdom Relations Raymond Knops stated this in a letter that he sent to the Second Chamber of the Dutch Parliament last Friday in connection with the 2019 annual report of the St. Maarten Trust Fund, managed by the World Bank and financed by the Dutch government to reconstruct St. Maarten after the devastating 2017 Hurricane Irma.

The state secretary shared the concerns expressed by several authorities – including the General Audit Chamber, the St. Maarten Ombudsman, the Netherlands National Ombudsman and both the St. Maarten and Dutch Parliaments – that things are going too slowly. “The execution and implementation of projects is taking longer than anticipated, and I regret that very much,” stated Knops.

Lack of capacity at the St. Maarten government and the National Recovery Program Bureau (NRPB), slow decision-making, a shortage of data and insufficient political stability were cited by the state secretary as the biggest bottlenecks in the reconstruction.

Also missing is specific expertise in areas such as purchasing and tendering, legislation and general project management. “So far, recruiting for such functions has had limited success. The local market also has its restrictions with a limited number of contractors and engineers [and – Ed.] insufficient availability of specific know-how and expertise with the requirements for the tendering and execution of large [infrastructural] projects. This too is a delaying factor,” Knops stated.

“Speed is direly needed. That is why I am pushing for a pragmatic approach and faster procedures where possible. The COVID-19 crisis does not have to hamper [progress] in all cases,” he noted, clarifying that an active strengthening of the execution is sought through technical assistance.

In this regard, the Netherlands has made expertise of the Royal Schiphol Group available for the St. Maarten airport. The National Institute for Public Health and the Environment RIVM is involved in assessing the air, water and ground quality. The Dutch Ministry of Finance is assisting with the needed revision of St. Maarten’s tax legislation.

According to Knops, the political instability of the St. Maarten government, especially in the second half of 2019, resulted in a void in decision-making and hampered the execution of crucial activities. “I expect the new government that took over late March to diligently work on the reconstruction.”

Referring to the 2019 annual report of the Trust Fund, Knops explained that several projects were prepared in 2019 that will come online in 2020. He mentioned that in early 2020, an agreement had been signed for a project aimed at financial support of the private sector, which will be executed in conjunction with local financial institutions. This project can play a role in the recovery from the current COVID-19 crisis.

Also to be signed shortly will be an agreement to establish a non-governmental organisation (NGO) facility under management of the Association of Dutch Municipalities VNG International. This will enable NGOs to gain access to the funding in the Trust Fund to execute projects.

Late 2019, six projects were in execution, involving a total committed amount of US $203.3 million. Aside from that, eight projects are in preparation with a total estimated budgetary size of US $177 million. The World Bank per late 2019 spent US $6.6 million on managing the Trust Fund and US $7.4 million to prepare and execute projects.

In 2019, the first results became “visible and tangible,” stated Knops. The emergency services were strengthened through, among other things, the repairs to buildings and the supplying of materials, including breathing equipment for the Fire Department.

More than 1,700 persons participated in the training and income-support programme, which enabled them to acquire a better (starting) qualification on the labour market, while receiving a financial allowance. The goal of 1,800 participants will be accomplished mid-2020. The running time of this programme has been extended to strengthen the social system and better prepare for the next crisis.

The repairs to the St. Maarten Medical Center (SMMC) were completed, and work continues to expand and increase the quality of services, which will result in lower healthcare cost because of fewer medical referrals abroad. The construction of a new hospital has been initiated.

“The reconstruction of the airport should and could have started long ago. The St. Maarten government wasted precious time in several moments, especially by seeking alternative financing, while there was a very advantageous proposal on the table from the World Bank and the European Investment Bank (EIB),” stated Knops.

After St. Maarten committed to carry out and actually execute a number of improvements in the area of the airport’s corporate governance structure to ensure that the funding is used correctly, Knops gave the approval to release the funding early March this year. “This means that the project can now go into the next phase, namely the tendering of the reconstruction works, for which the preparatory works are progressing according to the planning.”

As for the repairs of houses, the state secretary explained that per late 2019, more than 1,100 homes had been repaired with the deployment of Dutch funding, of which 669 had been handled by the Red Cross. The repairing of another almost 500 houses is in the pipeline – part social housing (64 apartments) and part private dwellings. The Red Cross will repair 200 more houses.

In 2019, the Dutch government did not deposit additional funding in the Trust Fund. The total amount of deposited funds remained at 262 million euros or US $303.7 million. Because the yields on these amounts are added to the Trust Fund, a total of US $316.6 million is available.

Knops promised that he would also keep the pressure on the World Bank regarding its role in the progress. “I expect creative solutions and a pragmatic approach where possible from them.” He pledged to make a maximum contribution where needed on behalf of the Netherlands by offering concrete operational support.