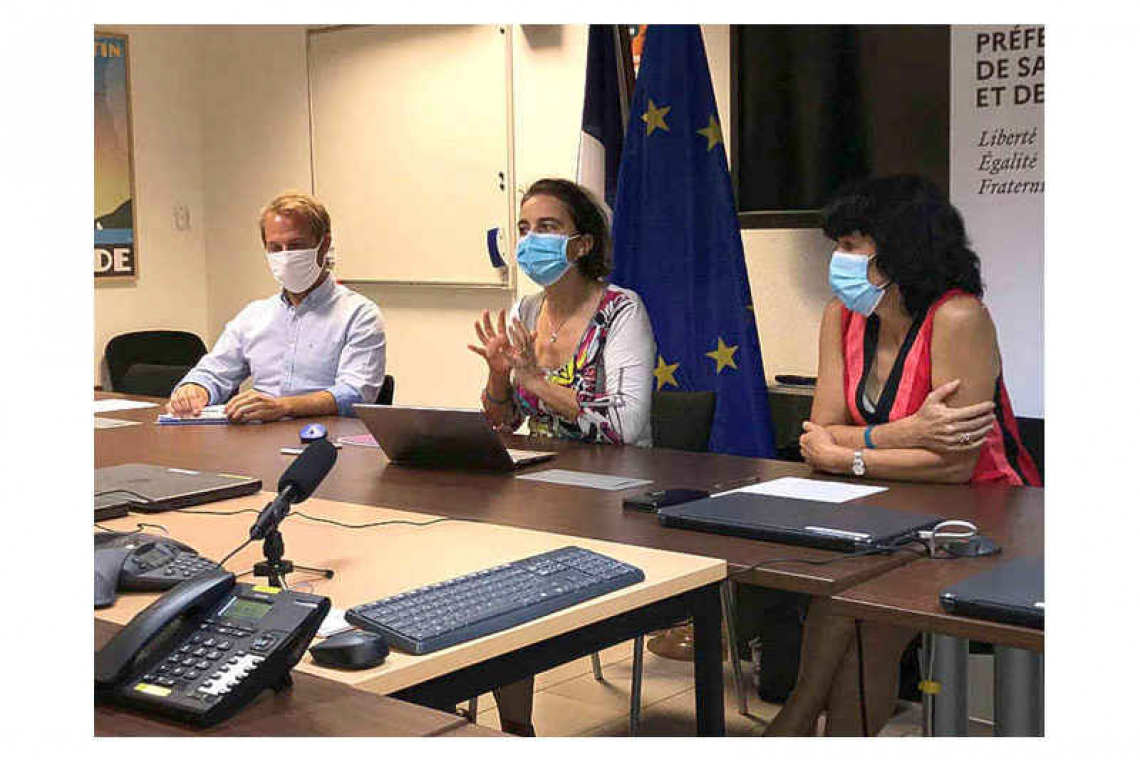 MARIGOT—American visitors to the island will be allowed to stay in French-side hotels as of December 1, 2020, pending finalisation of a sanitary protocol already in preparation, it was disclosed at press conference in the Préfecture Friday afternoon.

Préfète Déléguée Sylvie Feucher said permission had been received from Paris to establish a protocol for foreign visitors, including Americans, wishing to stay on the French side.

Feucher indicated this could be accomplished within a week, following a meeting with the hotel sector and Club du Tourisme (formerly the French-side hotel association).

According to the preliminary information, American visitors arriving at Princess Juliana Airport will need to submit to a second test, likely to be a rapid antigen test, as the 120-hour requirement to enter St. Maarten will no longer be valid for French territory. Hotels will also have to sign an agreement accepting the conditions for American visitors staying in their hotels.

“Receiving American visitors depends on a good partnership with the hotel sector for control,” Feucher emphasised. She acknowledged that American tourists staying on the Dutch side were frequenting the French side.

Club du Tourisme de Saint-Martin President Patrice Séguin had already sounded the alarm at the last Territorial Council meeting pointing out the disastrous consequences prohibiting American visitors will have on the economy.

Those warnings now appear to have been heard in Paris. The Belmond La Samanna Hotel also announced at that meeting it would remain closed for the upcoming season because of the restriction.

Regional Health Agency (ARS) Director-General Valérie Denux said the work to establish a common protocol with the Dutch side Collective Prevention Services (CPS) is advancing following recent technical meetings. The press conference did not reveal anything new regarding the COVID-19 situation.

“The virus fluctuates, up and down, currently about 30 new cases every week,” she noted.

More details on the protocol for American visitors staying in French-side hotels will be disclosed next week.