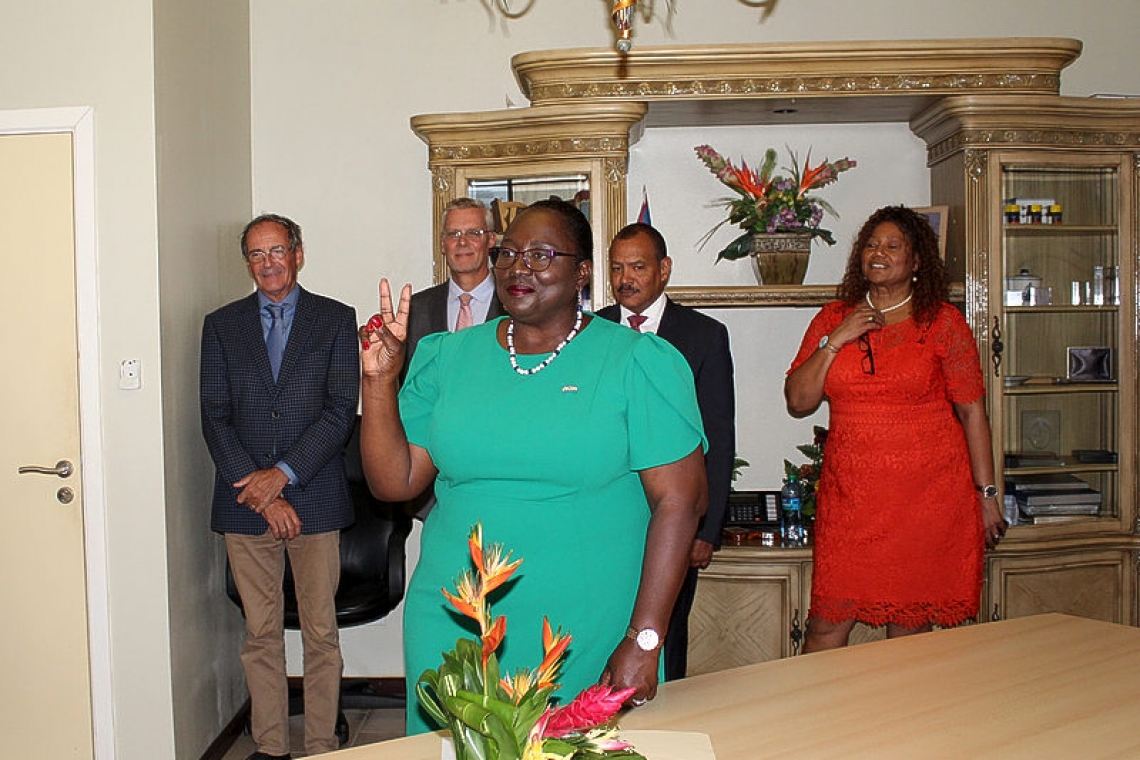 Minister of Interior Affairs and Kingdom Relations Raymond Knops administered the oath of office via video conference to Francis. The ceremony was held at the Government Administration Office.

Van Rij and Francis will officially take up office on Saturday, February 15.

Francis thanked Ministry of Kingdom Relations for granting her the opportunity to play an important role in the further development of St Eustatius. She also thanked Knops noting that she will give her fullest cooperation and commitment. “I have worked diligently with everyone in this room and everyone in Statia that knows me, knows that my heart lays with Statia and its community,” Francis said. “Today, I pledge and promise to the entire community of Statia and of course to the Kingdom government that I will continue to work with that same level of energy and diligence and of course with integrity.”

She said many persons had told her that this was the path that she should follow. She was not politically inclined. It did not matter which political party was in power as she has always worked with the same commitment and energy. Francis said the foundation has already been set by the outgoing Government Commissioners and now it is time to continue the work and take Statia to the next level. Francis said she decided to wear the colour green to the evet as it represented hope.

Van Rij, who congratulated Frances on her appointment said: “It is a very special moment for Statia and for you as a person and I am really looking forward to working together with you as a team. In that spirit, I hope that with your help that we can build up trust with the island and bring Statia to the next level.” Van Rij thanked Franco and Stegers and their team for their work.

Peters spoke soon after where he stated that Francis has worked for the last 10 years as a senior communications advisor at RCN but she has also worked for 30 years as a civil servant in St. Maarten, Statia and the Caribbean Netherlands. “You are in a new phase in your life with helping to build Statia for the future. Peters stated that Francis is fit for the job and he wished her and van Rij good luck and much strength in the future.

Peters described Francis as a tough, smart and wise lady. He also presented her with an appreciation gift.

On Tuesday, February 18, the incoming Government Commissioners will introduce themselves to the community of Statia at a town hall meeting at the Mike van Putten Youth Center/Lion’s Den starting at 6:30PM. They will lay out plans for the way forward.

Following the swearing in, a reception was held at Ocean View Bar and Restaurant.