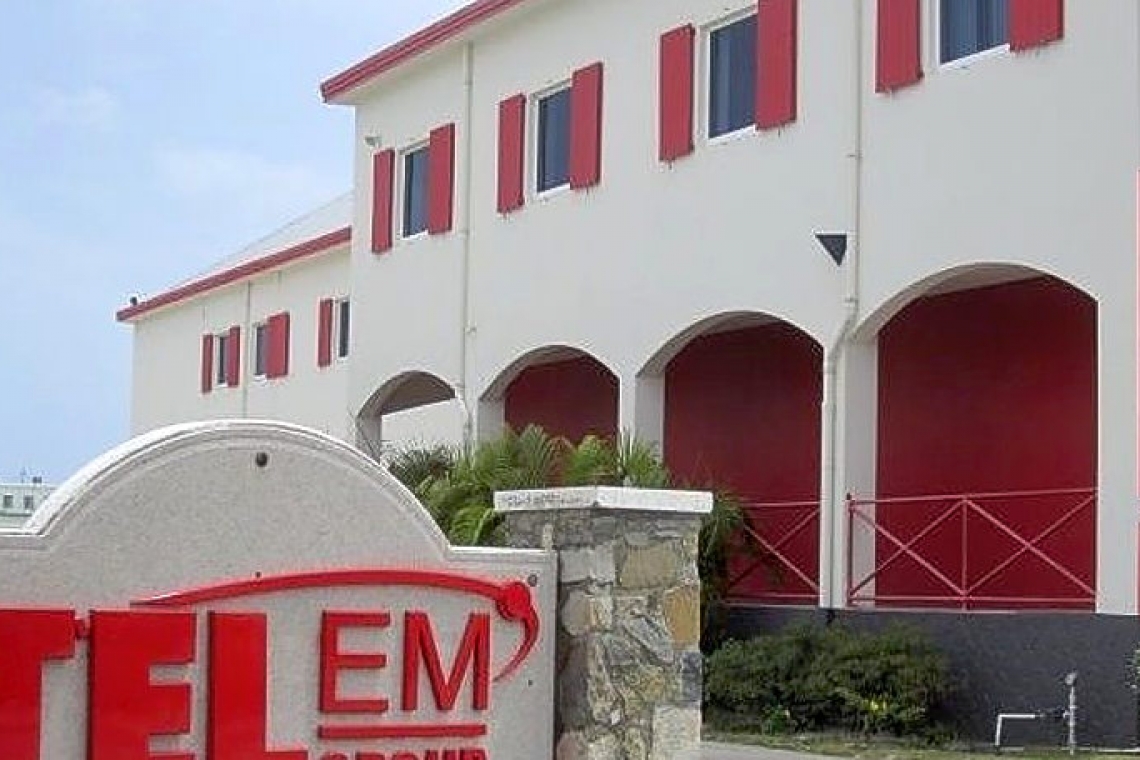 PHILIPSBURG--TelEm Group of companies has announced that it will be implementing a pay cut across the board for all of its employees.

In a letter sent to St. Maarten Communications Union (SMCU) on June 1, TelEm Group announced that the company will be implementing a 12.5 per cent cut in salaries for all staff starting July 1.

The letter stated, “As you are aware, the government of St. Maarten, as (ultimate) shareholder of the St. Maarten Telecommunication Operating Company N.V. (the Company), has instructed the Company to adjust the labour conditions of our employees resulting in a decrease of 12.5 per cent.”

“As you are also aware, the COVID-19 pandemic has caused an island- and worldwide crisis, resulting in a lot of pressure being put on the business of the company. This has only added more to the company’s financial struggles, which we have been facing for the last few years.

“Consequently, it is imperative to ensure that the financial position and future existence of the company is safeguarded, thereby also safeguarding the employment of our employees as much as possible,” the letter stated.

TelEm Group said that in light of this situation, the company has determined that it is in its best interest to proceed with the government’s instruction.

“Not only do we show solidarity and thereby ensure that our country gets the financial support that it so desperately needs, which ultimately benefits us all, but we also contribute to safeguarding the future existence of the company. If we do not comply with the government’s instructions, that will jeopardise the financial support for our country, which will directly impact the livelihood of our business. That is a risk that we simply cannot afford,” the company said.

TelEm therefore has set forth proposals for its employees that would represent a reduction of their labour conditions. Cost of living adjustments (COLAs) and salary increases will no longer be applied, the group savings plan will terminate effective January 2021 and will not be renewed, salaries will be decreased 12.5 per cent across the board, and employees will no longer be placed on call and thus will no longer receive an on-call allowance.

Instead, when necessary, employees can be called on, in which event they will be compensated in accordance with the overtime regulations in place.

In response to a request  for comment from The Daily Herald, chief executive officer (CEO) Kendall Dupersoy said, “TelEm management has proposed necessary cost-cutting measures to our employees based on expected revenue loss due to telecommunication trends and COVID-19. At this time, we have no further comment pending discussions with the union and management team.”