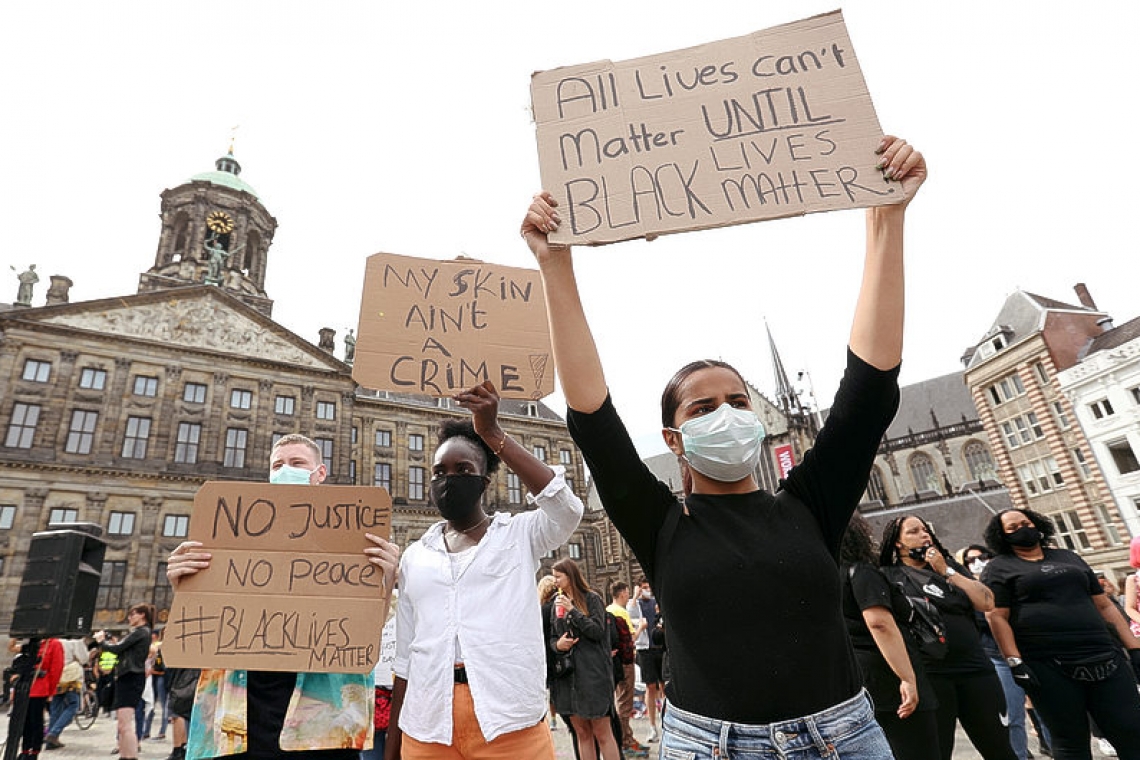 People take part in a protest in Amsterdam, the Netherlands, on June 1, against the death of George Floyd in Minnesota police custody. (Reuters photo)

AMSTERDAM--Thousands of protesters chanting “I can’t breathe” gathered in central Amsterdam on Monday in solidarity with George Floyd, a black American who died in police custody in the United States last week.

The crowd blocked traffic, but no violence was reported. The atmosphere was good and there was a low-profile police presence, eyewitnesses said.

Video footage showed a white police officer in Minneapolis, Minnesota, kneeling on the neck of Floyd (46) for nearly nine minutes last week Monday, May 25, before he died.

Derek Chauvin, the since-fired 44-year-old police officer involved in the incident, has been charged with third-degree murder and second-degree manslaughter. He was released on US $500,000 bail and is due to appear in court on June 8, according to jail records.

Demonstrations also took place in other cities across Europe, including London, Copenhagen and Berlin. The Dutch cities of The Hague and Groningen are on the list for today, Tuesday, while Rotterdam will follow on June 3.

The aim of the demonstration in the Dutch capital Amsterdam was both to show solidarity with the demonstrators in the United States and to focus attention on “racism and police violence in the Netherlands and the European Union,” the organisers said.

In particular the organisers referred to the death of Mitch Henriquez from Aruba, who died following a violent arrest in The Hague five years ago, and the arrest of Jerry Afriyie in the Zuid-Holland town of Gouda during an anti-Black Pete (“Zwarte Piet”) demonstration in 2014.

According to RTL News, some 3,000 people took part in the rally. Police have not yet given an estimate.