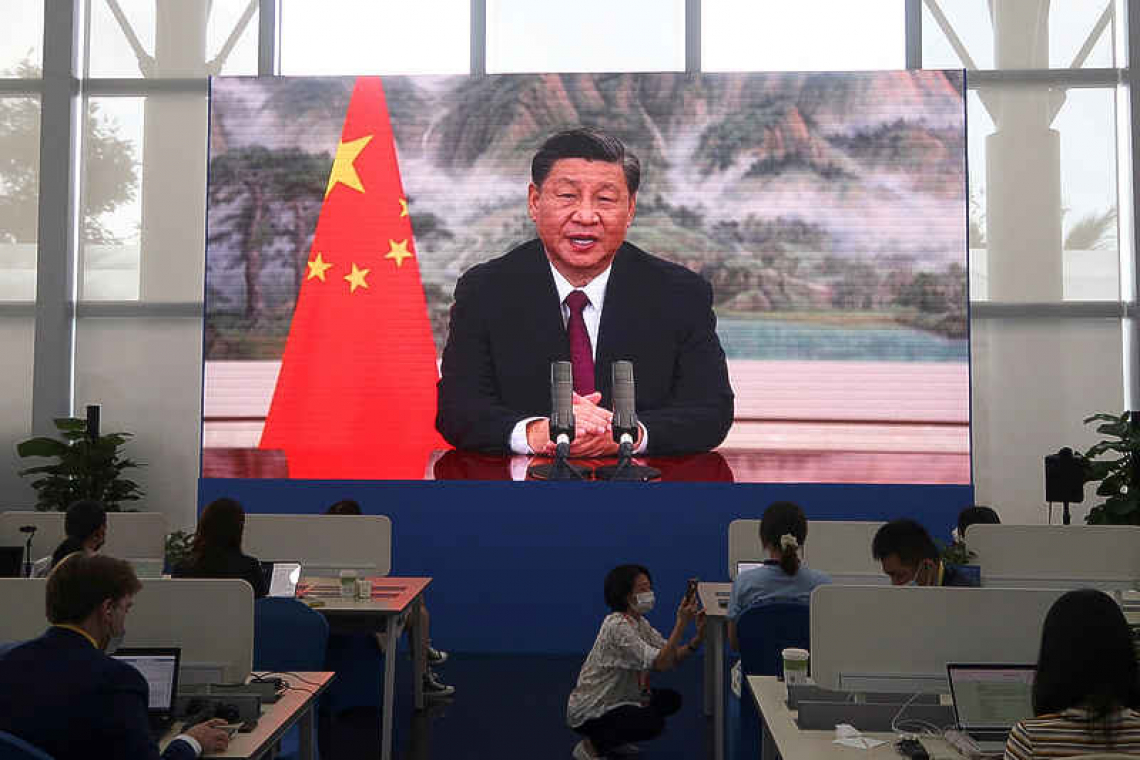 BOAO, China--Chinese President Xi Jinping on Thursday proposed a "global security initiative" that upholds the principle of "indivisible security", a concept also endorsed by Russia, although he gave no details of how it would be implemented.

During a video speech to the annual Boao Asia Forum, Xi said that the world should respect the sovereignty and territorial integrity of all countries, while paying attention to the "legitimate" security concerns of all.
"We should uphold the principle of indivisibility of security, build a balanced, effective and sustainable security architecture, and oppose the building of national security on the basis of insecurity in other countries," Xi told the gathering on the southern Chinese island of Hainan.
In talks over Ukraine, Russia has insisted that Western governments respect a 1999 agreement based on the principle of "indivisible security" that no country can strengthen its own security at the expense of others. China and Russia have grown increasingly close, and China has refused to condemn Russia's Feb. 24 invasion of Ukraine, which Moscow calls a "special operation" to demilitarise the country. China has blamed the Ukraine crisis on NATO's eastward expansion.
U.S. State Department spokesperson Ned Price, responding to a question about Xi's speech at a regular briefing in Washington, said China continued to "parrot some of what we have heard coming from the Kremlin," including the concept of "indivisible security."
Price reiterated that China would face serious consequences if it gave material support for Russia's war effort in Ukraine, but that Washington had not yet seen Beijing provide that kind of assistance to Moscow. The United States would continue to uphold the rules-based international system it had built with like-minded partners based on respect for human rights, sovereignty, and self-determination, Price said.
"We are committed to upholding the various systems that certain countries around the world – and Russia and the PRC are among them - seek to challenge, and in certain instances, seek to tear down and even destroy," he said, referring to the People's Republic of China.
Analysts note that this is the first time China has argued for "indivisible security" outside the context of the Russia-Ukraine crisis, with implications on U.S. actions in Asia. "If China deems actions by U.S. and its allies on Taiwan or the South China Sea as disregarding its security concerns, it could evoke the concept of 'indivisible security' to claim the moral high ground in retaliation," said Li Mingjiang, associate professor at the S. Rajaratnam School of International Studies in Singapore.
Xi also reiterated China's opposition to unilateral sanctions and "long-arm jurisdiction", without directly mentioning the West's punitive actions against Russia for its invasion of Ukraine. China has repeatedly criticised Western sanctions, including those against Russia, but it has also been careful not to provide assistance to Moscow that could lead to sanctions being imposed on Beijing.
Xi said efforts are needed to stabilise global supply chains, but also said China's economy is resilient and that its long-term trend had not changed.
Jude Blanchette, a China expert at the Center for Strategic and International Studies in Washington, said Xi's speech was likely an attempt to project existing elements of Beijing's foreign policy as solutions to current global instability.
"I don't see how new architecture could be built around this, so I think instead this is an attempt to weave China's world view into the fabric of international security discourse," Blanchette said.