UK flight to Rwanda grounded after European Court steps in 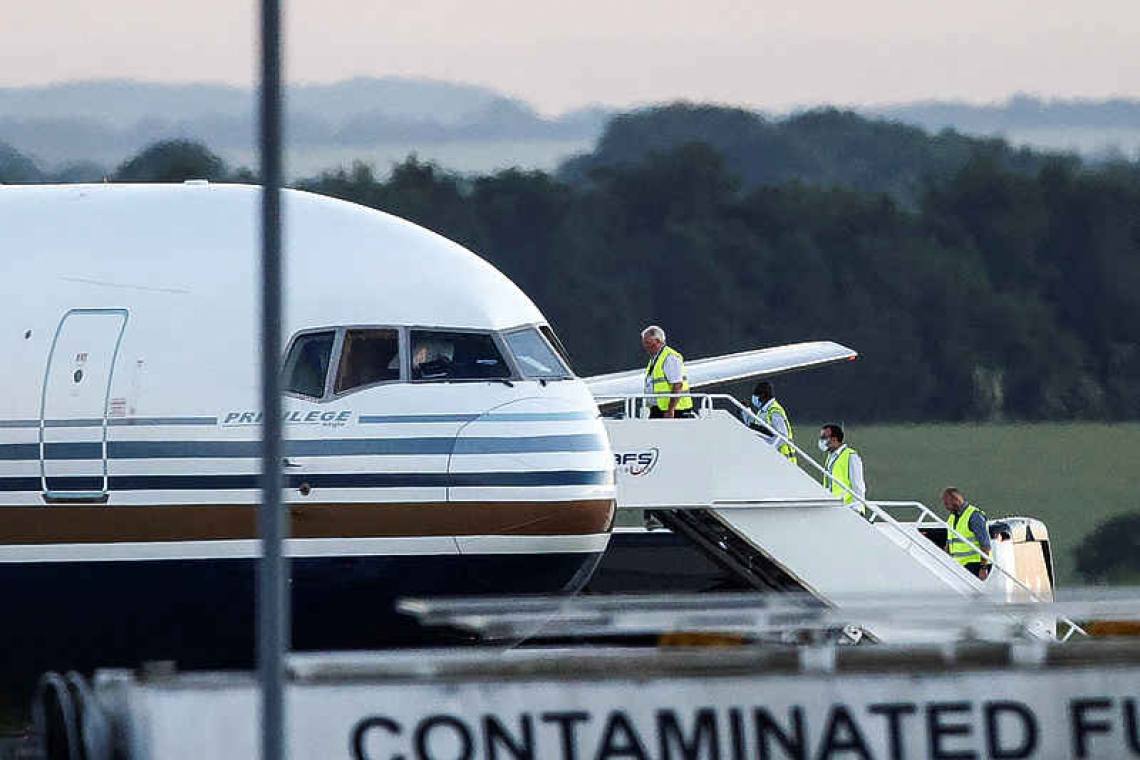 Members of the staff board a plane reported by British media to be first to transport migrants to Rwanda, at MOD Boscombe Down base in Wiltshire, Britain, on Tuesday.

LONDON/BOSCOMBE DOWN, England--Britain's first flight to take asylum seekers to Rwanda did not take off as scheduled on Tuesday after the European human rights court issued last-minute injunctions to stop the deportation of the handful of migrants on board.

The British government's plan to send some migrants to the East African country has been criticized by opponents, charities, and religious leaders who say it is inhumane. It has been forced to fight a series of legal challenges in London courts aiming to stop it going ahead.
In the last few days, at least 30 individuals earmarked to be on the first flight successfully argued that they should not be deported to Rwanda on health or human rights grounds. Just a handful of migrants were set to fly from an air force base in southwest England on Tuesday. Shortly before the plane was due to leave, the European Court of Human Rights (ECHR) granted injunctions to prevent their deportations.
"I have always said this policy will not be easy to deliver and am disappointed that legal challenge and last-minute claims have meant today's flight was unable to depart," Home Secretary Priti Patel said. "It is very surprising that the European Court of Human Rights has intervened despite repeated earlier success in our domestic courts."
She said the government would not be deterred and would prepare for the next flight. The flight was cancelled after the plane's engines had been started and cabin crew was seen boarding.
The ECHR's ruling relating to one of the men, an Iraqi, stated he "should not be removed until the expiry of a period of three weeks following the delivery of the final domestic decision in the ongoing judicial review proceedings."
The High Court in London is due to hold this judicial review in July to decide on the legality of the scheme. Britain says the 120-million-pound ($148 million) deal struck with Rwanda will stem the flow of dangerous cross-Channel trips and smash the business model of people-smuggling networks.
But the United Nations' refugee chief called it "catastrophic", the entire leadership of the Church of England denounced it as immoral and shameful, and media reports have said Prince Charles, the heir to the throne, had privately described the plan as "appalling".