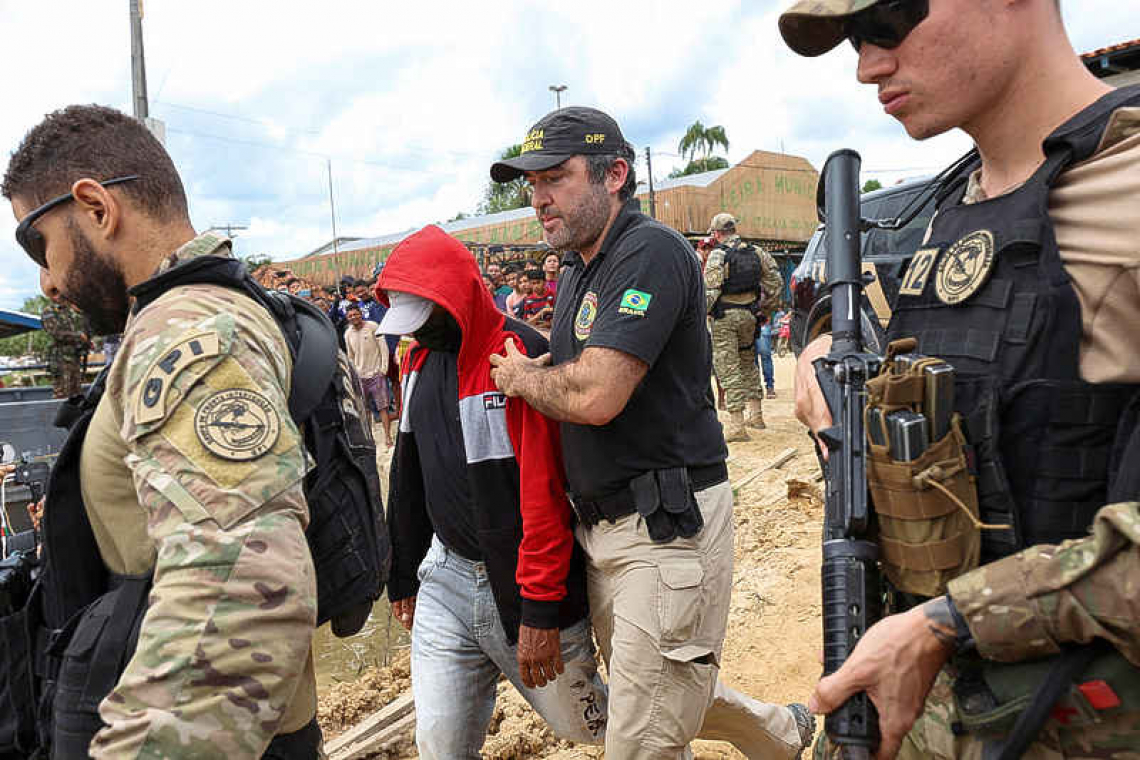 Federal Police officers escort a man accused to be involved in the missing of British journalist Dom Phillips and indigenous expert Bruno Pereira, who went missing while reporting in a remote and lawless part of the Amazon rainforest, near the border with Peru, in Atalaia do Norte, Amazonas state, Brazil, on Wednesday.

ATALAIA DO NORTE, Brazil--Police have found human remains in their search for British journalist Dom Phillips and Brazilian indigenous expert Bruno Pereira after a suspect confessed to killing them in the Amazon rainforest, investigators said on Wednesday.

The suspect, a fisherman who had clashed with Pereira over his efforts to combat illegal fishing in indigenous territory, led police to a remote burial site where the remains were unearthed, detective Eduardo Fontes told a news conference.
The news marks a grim conclusion to a case that has raised global alarm, hanging over President Jair Bolsonaro at a regional summit and stirring concern in the British Parliament. Phillips, a freelance reporter who has written for the Guardian and the Washington Post, was doing research for a book on the trip with Pereira, a former head of isolated and recently contacted tribes at federal indigenous affairs agency Funai.
They were in a remote jungle area near the border with Colombia and Peru called the Javari Valley, which is home to the world's largest number of uncontacted indigenous people. The region has been invaded by illegal fishermen, hunters, loggers, and miners, and police call it a key route for drug trafficking.
Police had previously identified their primary suspect as fisherman Amarildo da Costa, known as "Pelado," who was arrested last week on weapons charges. His brother Oseney da Costa, 41, or "Dos Santos," was taken into custody on Tuesday night.
Public defenders representing the brothers could not immediately be reached for comment. The suspects' family had previously denied they had any role in the men's disappearance.
Detective Fontes told journalists the "first suspect" had confessed and led police to the human remains, but the other suspect in custody had denied any role despite incriminating evidence. Police are investigating the involvement of a third person and further arrests are possible, he added.
The Costa brothers were seen meeting on the Itacoai river just moments after Phillips and Pereira passed by on June 5, headed toward the riverside town of Atalaia do Norte, a witness told federal police in a report reviewed by Reuters.
The police report said witnesses heard Pereira say he had received threats from Amarildo da Costa. A former official for indigenous affairs agency Funai, Pereira had been instrumental in stopping illegal gold mining, fishing and poaching along rivers inhabited by indigenous tribes of the Javari Valley.
News of the men's disappearance echoed globally, with human rights organizations, environmentalists and press advocates urging Bolsonaro to step up the search after a slow start.