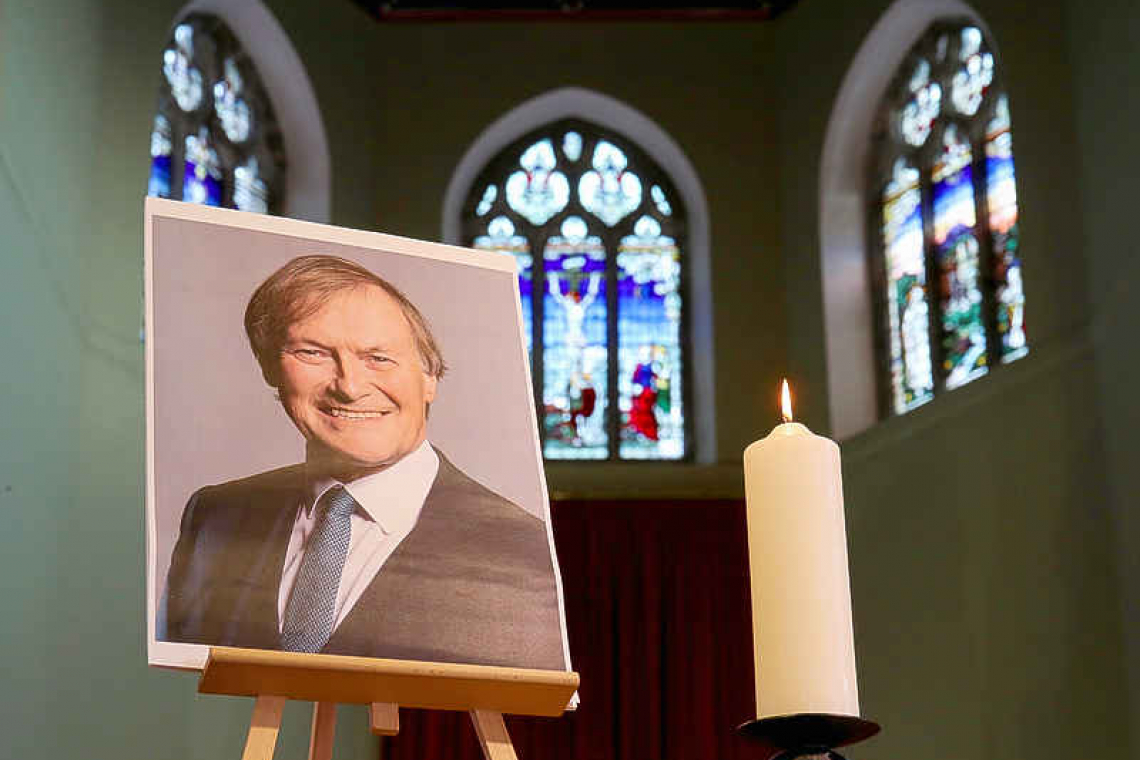 NAIROBI/LONDON--Ali Harbi Ali, the son of an ex-media adviser to a former prime minister of Somalia, has been arrested by British police under anti-terrorism laws following the killing of lawmaker David Amess, a source close to the investigation and British media said.

Amess, 69, from Prime Minister Boris Johnson's Conservative Party, was knifed repeatedly as he met constituency voters in a church on Friday in Leigh-on-Sea, east of London. The killing took place five years after the murder of Jo Cox, a lawmaker from the opposition Labour Party, and has prompted a review of politicians' security.
Police said they had arrested a 25-year-old British man at the scene on suspicion of murder and have said it is believed he acted alone. They have not named the suspect but used additional powers under anti-terrorism laws to detain him until Oct. 22.
A British source close to the investigation named Ali Harbi Ali, a British citizen, as the detained suspect.
Harbi Ali Kullane, the father of Ali Harbi Ali, told The Sunday Times that his son had been arrested in connection with the murder. "At this particular moment we are going through (an)unprecedented and horrific situation," Harbi Ali Kullane, a former adviser to Hassan Ali Khaire, a former Somali prime minister, told Reuters in an email when asked about this.
"Due to the ongoing early investigation I am obliged and commanded not to talk about it," said Harbi Ali Kullane, who is a former director of the Somali government's media and communication department.
British police were on Sunday searching an address in north London linked to Ali Harbi Ali, Reuters reporters said.
Amess' family said they were "absolutely broken" and urged people to pull together. "Set aside hatred and work towards togetherness," they said in a statement released via London police. "Whatever one’s race, religious or political beliefs, be tolerant and try to understand."
Interior minister Priti Patel said Britain is looking at how to boost the security of lawmakers. "Within that there are other options that are being considered such as when you hold your surgeries, could you have officers or some kind of protection...?" she told Sky News on Sunday, referring to meetings British lawmakers have with their constituents.
British Prime Minister Boris Johnson on Saturday laid flowers outside the church where the lawmaker was stabbed to death. Johnson, interior minister Priti Patel and Labour Party leader Keir Starmer were among those to lay flowers in tribute to Amess at the scene of the murder.
"To the memory of Sir David Amess MP, a fine parliamentarian and a much-loved colleague and friend," Johnson said in a hand-written note placed in the flowers, adding in a Twitter post that his thoughts were with Amess' family and friends.
Johnson and Starmer stood side by side in a moment of silence before leaving. Other politicians, police representatives and members of the public came to lay flowers and pay respects.