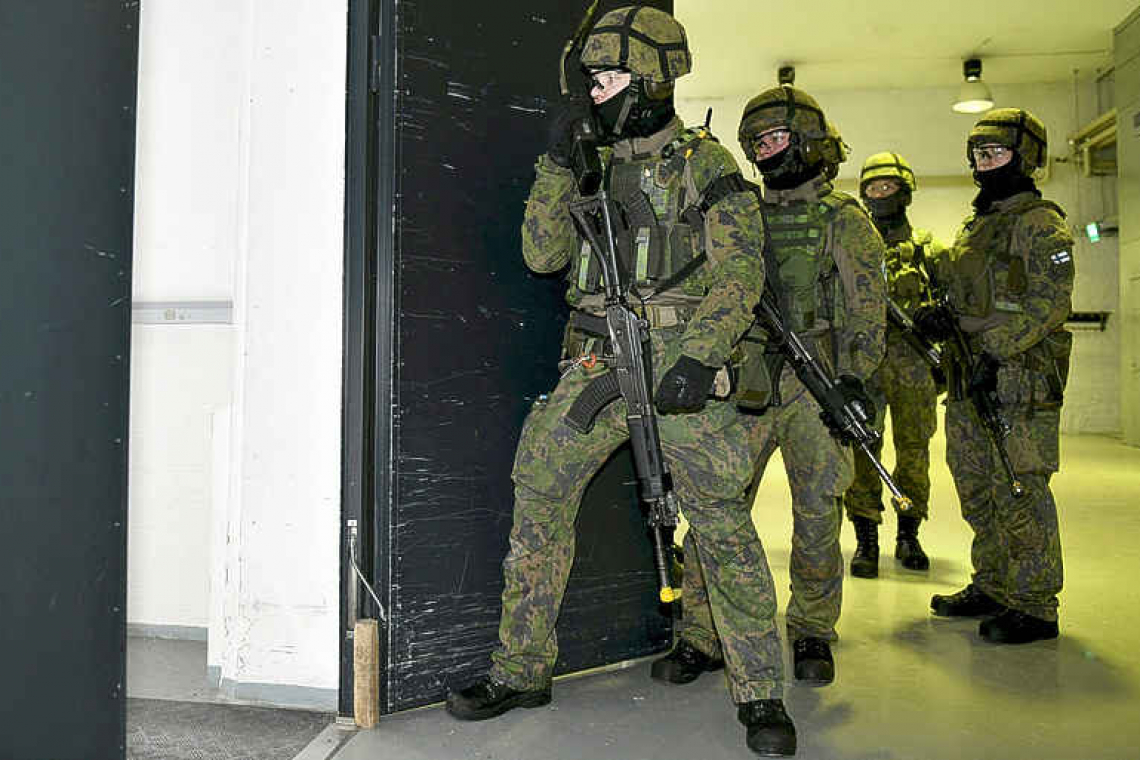 HELSINKI/KHARKIV, Ukraine--Moscow warned Finland on Thursday it would face consequences as it seeks to apply for NATO membership "without delay" and Ukraine said it had damaged a Russian navy logistics ship in the Black Sea, where there has been renewed fighting in recent days.

The Vsevolod Bobrov vessel was near Snake Island, close to Ukraine's sea border with Romania, spokesman Serhiy Bratchuk for the Odesa regional military administration in southern Ukraine said. "Thanks to the actions of our naval seamen, the support vessel Vsevolod Bobrov caught fire - it is one of the newest in the Russian fleet," Bratchuk said.
Reuters could not independently verify the details. Russia's defence ministry did not immediately respond to a request for comment. Its Black Sea flagship, the Moskva, sunk last month.
Finland's plan to apply for NATO membership, announced on Thursday, and the expectation that Sweden will follow, would bring about the expansion of the Western military alliance that Russian President Vladimir Putin aimed to prevent. Abandoning the neutrality they maintained throughout the Cold War would be one of the biggest shifts in European security in decades.
Moscow called Finland's announcement hostile and threatened retaliation, including unspecified "military-technical" measures. "Helsinki must be aware of the responsibility and consequences of such a move," said the foreign ministry.
Russian officials have spoken in the past about potential measures including stationing nuclear-armed missiles on the Baltic Sea.
NATO Secretary-General Jens Stoltenberg said the Finns would be "warmly welcomed" and promised a "smooth and swift" accession process. The White House backed such a move.
"We would support a NATO application by Finland and-or Sweden should they apply," said press secretary Jen Psaki.
Russia faced a further setback on the battlefield as Ukraine drove its troops out of the region around the second largest city Kharkiv, the fastest advance since forcing the Kremlin's forces from Kyiv and the northeast over a month ago.
The U.N. Human Rights Council passed a resolution to set up an investigation into possible war crimes by Russian troops in the Kyiv area and beyond, a move that the Kremlin said amounted to political score-settling. U.N. High Commissioner for Human Rights Michelle Bachelet said there were many examples of possible war crimes, including unlawful killings and summary executions. Moscow denies deliberately attacking civilians.
Finland's 1,300-km (800-mile) border will more than double the length of the frontier between the U.S.-led alliance and Russia, putting NATO guards a few hours' drive from the northern outskirts of St Petersburg. "Finland must apply for NATO membership without delay," President Sauli Niinisto and Prime Minister Sanna Marin said in a joint statement.
Asked on Wednesday if Finland would provoke Russia by joining NATO, Niinisto said: "My response would be that you caused this. Look at the mirror."
Five diplomats and officials told Reuters that NATO allies expect both countries to be granted membership quickly, paving the way for an increased troop presence in the Nordic region to defend them during a one-year ratification period.