Depositors hold up two Lebanese banks to grab their own money 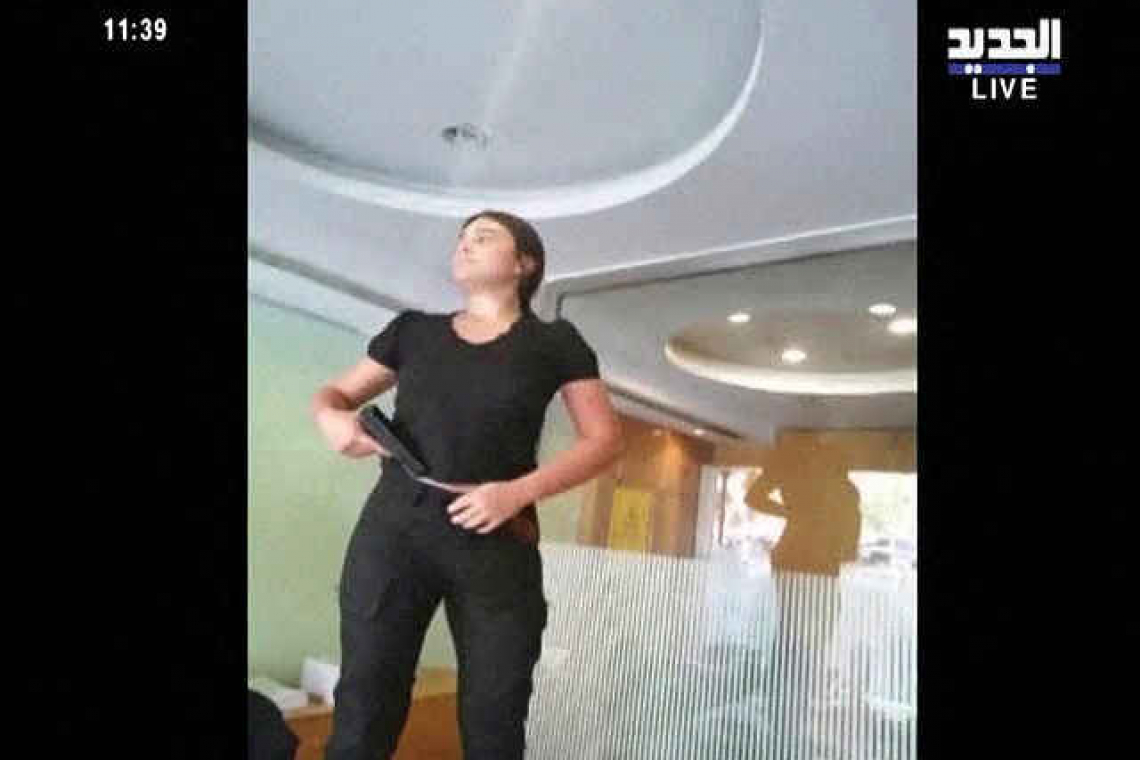 A woman, who was identified as Sally Hafez, is seen carrying what appeared to be a gun at a Blom Bank branch in Beirut, in this screengrab taken from Al Jadeed footage, Lebanon on Wednesday.

BEIRUT--Two seemingly armed and desperate Lebanese depositors held up banks on Wednesday to force access to their own money, which has been blocked during a national financial meltdown.

One woman with a gun and some associates briefly held hostages at a branch of BLOM Bank in the capital Beirut, before leaving with more than $13,000 in cash from her account, a source from a depositors' advocacy group said.
Shortly afterwards, in the mountain city of Aley, an armed man entered a Bankmed branch and retrieved some of his trapped savings, before handing himself into authorities, the Depositors Outcry and a security source said.
Lebanon's banks have locked most depositors out of their savings since an economic crisis took hold three years ago, leaving much of the population unable to pay for basics. In a phenomenon illustrating the plight, Wednesday's holdups came after a man last month held up another Beirut bank to withdraw funds to treat his sick father.
BLOM Bank said a customer and accomplices arrived with a gun, threatened to set people on fire, and forced the branch manager and treasurer to bring money from a safe. Before going into hiding, the woman, Sali Hafiz, told local news channel Al Jadeed TV the gun was a toy and that she needed the money for her sister's cancer treatment.
"I have nothing more to lose, I got to the end of the road," she said, saying a visit to the bank manager two days previously had not provided an adequate solution. "I got to a point where I was going to sell my kidney so that my sister could receive treatment."
BLOM confirmed the customer had been in to seek her money for her sister's treatment, saying she was offered total cooperation and requested to provide documentation. "All we have is this money in the bank. My daughter was forced to take this money - it's her right, it's in her account - to treat her sister," her mother Hiam Hafiz told local TV.
Authorities did not immediately comment on the incidents. Bankmed did not comment on its branch holdup.
Following last month's holdup, which also involved hostages, the accused perpetrator was arrested but then released without charge after the bank dropped its lawsuit. One senior Lebanese banker, speaking on condition of anonymity, told Reuters it was a worrying precedent, "I think this is an invitation for other people to do the same. As long as people get away with it, they will continue. What a failed state," the banker said.