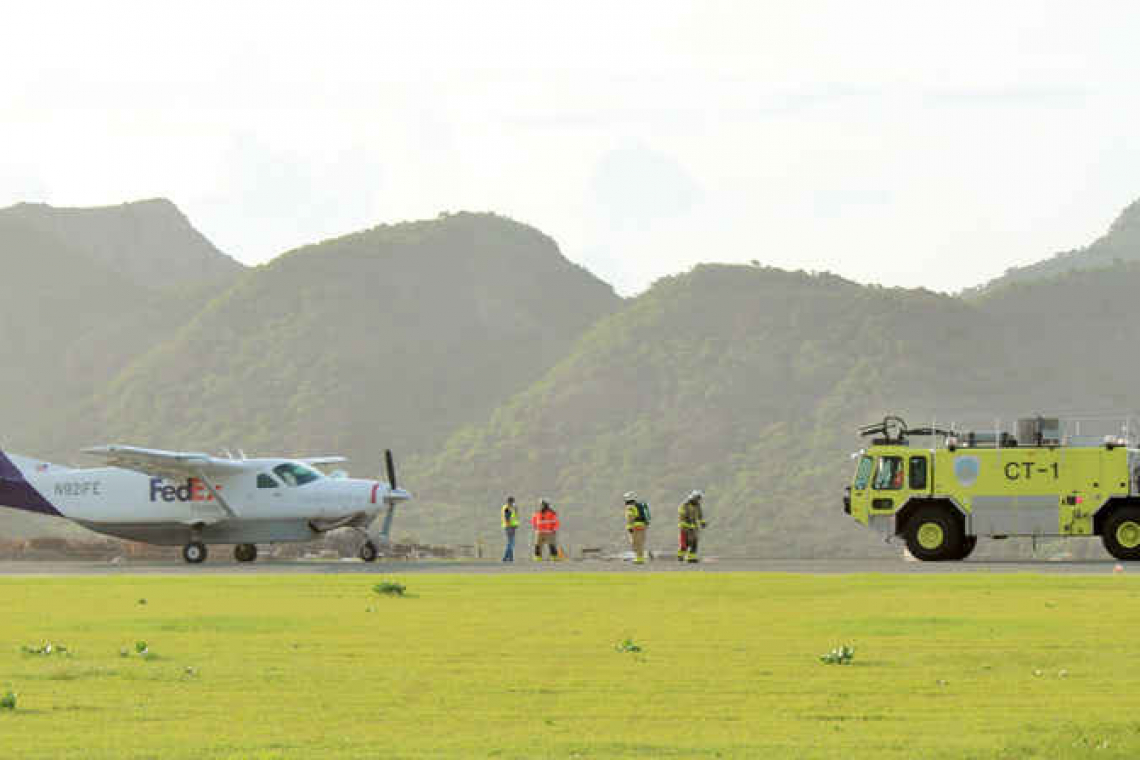 F.D. Roosevelt Airport Interim Manager Richard van Dinter (left) with firefighters of the Caribbean Netherlands Fire Department near the FedEx aircraft that made an emergency landing on Friday afternoon.

Interim Airport Manager Richard van Dinter stated that the oil pressure in the aircraft started to drop, the oil temperature started to rise and the aircraft’s pilot started to see smoke emerge in the cabin.

About 10 miles from Statia, the pilot called for permission to land. When the airplane touched down at 4:38pm, the brakes made an alarming sound and persons close by stated that they smelled burning tires.

Caribbean Netherlands Fire Department firefighters were dispatched to the aircraft. Van Dinter said the plane had landed safely, but that it had lost “a lot” of oil.

The aircraft, which was parked at the airport runway, has been towed to a different area of the airport. Another plane was dispatched from San Juan to pick up the pilot and cargo.

The plan is either for mechanics to arrive in Statia to work on the airplane or FedEx will make other arrangements with regard to the aircraft.