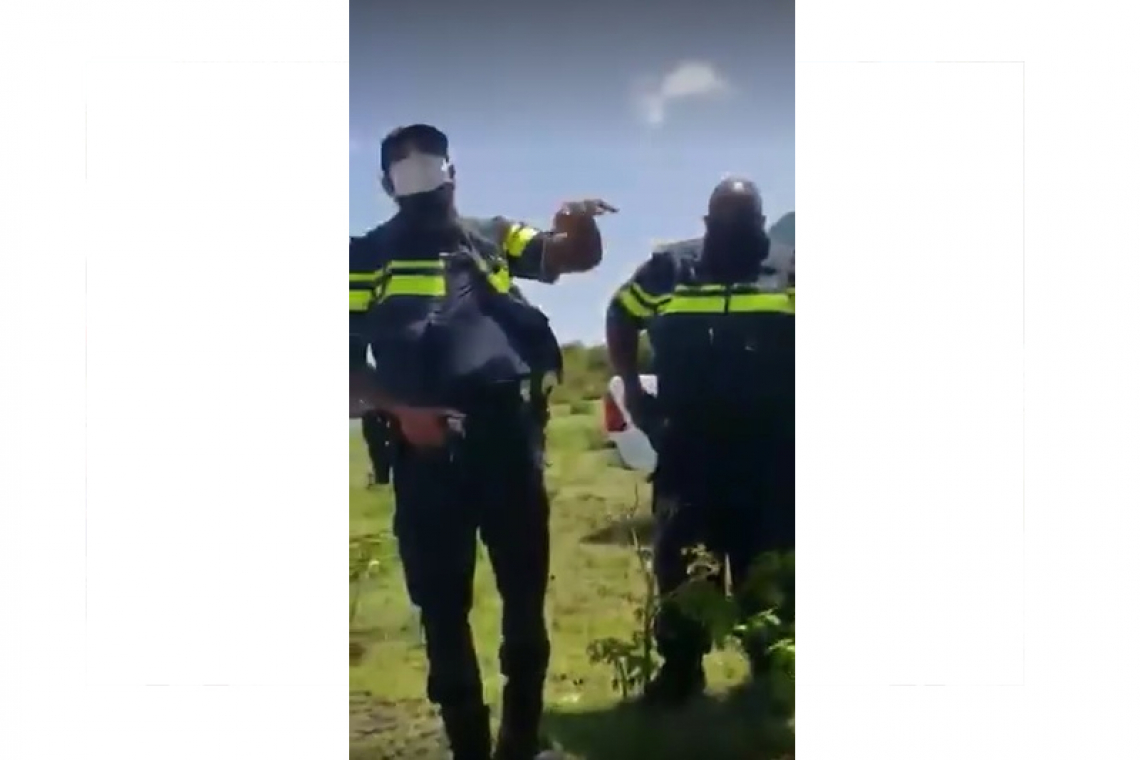 Two police officers during the arrest of a man for violation of the Emergency Ordinance on Saturday, September 19.

The arrest was a result of the enforcement of Article four of the current Emergency Ordinance in connection with the outbreak of COVID-19, which is valid from September 10 to September 25. The article states that no gatherings are allowed.

Saturday’s arrest took place at a location where police are constantly dispersing illegal gatherings in accordance with the Emergency Ordinance.

The last time the police were directed to this location the group of people gathered there quickly dispersed when they saw the police approaching. H., who was amongst the group, initially refused to comply with the police orders to vacate the location immediately. When the police approached him, he threatened the officers with his pit bulldog, which he had with him. The dog was not outfitted with a muzzle which is mandated by law.

The suspect claimed he had been punched directly after his arrival at the police station and again just before he left. Hodge said that H. was not the first suspect arrested since the COVID-19 pandemic, who has applied “this same type of tactic to influence their interrogation or their incarceration by the police.”