US gasoline prices fall below $4 for first time since March 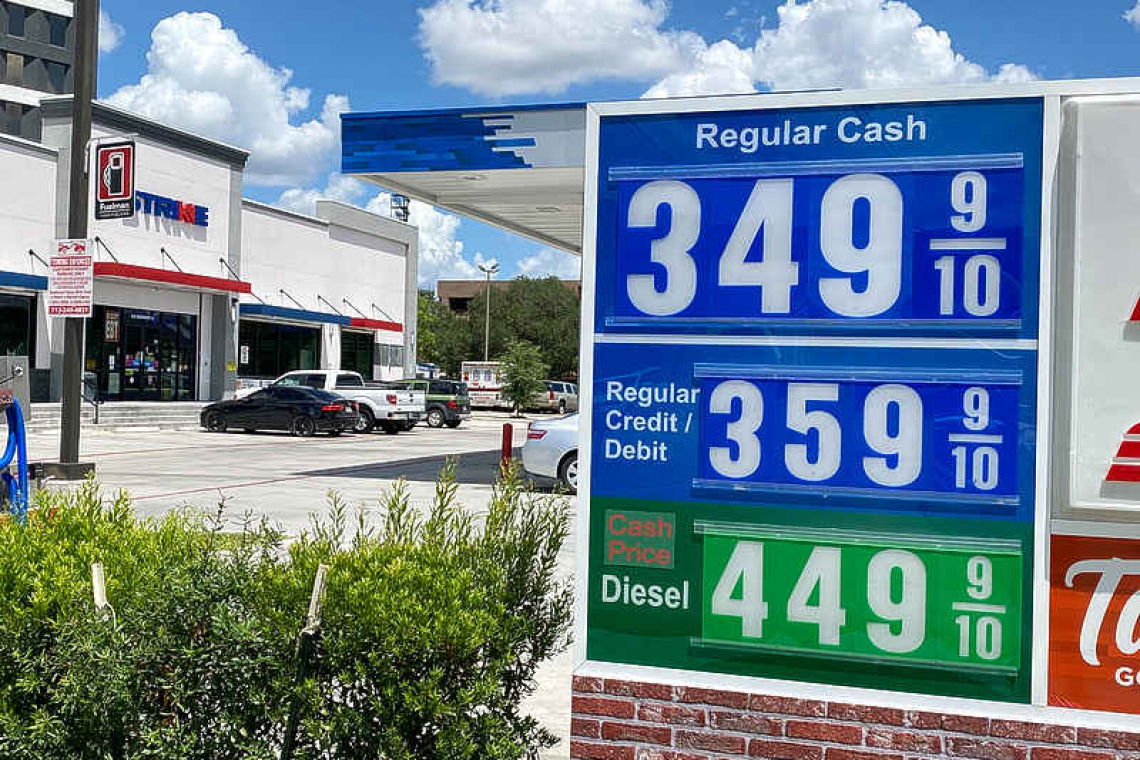 NEW YORK--The average price of U.S. retail gasoline fell below $4 per gallon on Thursday for the first time in months, giving some relief to drivers in the world's largest consumer of the fuel.

The national average price for regular unleaded gas fell to $3.990 a gallon on Thursday, according to the American Automobile Association.
Gasoline prices peaked at a record $5.02 in June, pinching wallets and causing drivers to buy less fuel in July than they did during the pandemic in July 2020. The latest price drop may help President Joe Biden's administration and Democrats in Congress during November's midterm elections. The White House has taken several steps to curb oil prices in the wake of Russia's invasion of Ukraine. Biden said Wednesday that inflation was showing signs of moderating, even though people were "still hurting."
At one point, crude oil, the main driver of gasoline prices, reached $139 a barrel; it was at $98 on Thursday. Prices have dropped as market fears of severe restrictions on supply have ebbed.
The White House is releasing more than 180 million barrels of crude oil from the U.S. Strategic Petroleum Reserve. U.S. oil output has risen by about 500,000 barrels per day (bpd) this year to 12.2 million bpd.
Overall gasoline product supplied, a proxy for demand, is down 6.3% over the last four weeks when compared with a year ago, according to EIA data. The most recent week of data showed demand picking up from July, which analysts hoped was a signal that the recent dip in prices would resurrect demand. For the four weeks ended July 29, gasoline product supplied was 8.59 million bpd, compared with 8.72 million bpd in July 2020.
"When you look at gas prices breaking below the $4 mark on the national average, hopefully any impact of demand destruction has been transitory and potentially in the rearview mirror," said Matt Smith, lead oil analyst for the Americas at Kpler.
Consumers interviewed in recent days, however, said that while they were glad to see prices fall, they were still being cautious in terms of purchases. "They're coming down but not near enough," said Kevin Williams, a U.S. Postal Service worker who was filling his tank in Atlanta on Wednesday. "Even with prices down, it's still running me $50-$60 to fill up. It used to be $30."
With job growth still strong, demand could rebound in coming months with prices at lower levels. Refining executives on earnings calls in the last week were optimistic about consumption for the rest of 2022.
Gasoline futures are down 27% from June highs, while the retail decline is just over 20%. Some states have seen more relief, such as Ohio, where prices are down 27% from the peak. Gasoline prices tend to peak in the summer and drop as driving season wanes.