This might hurt: tectonic plates of global economy slowly shift 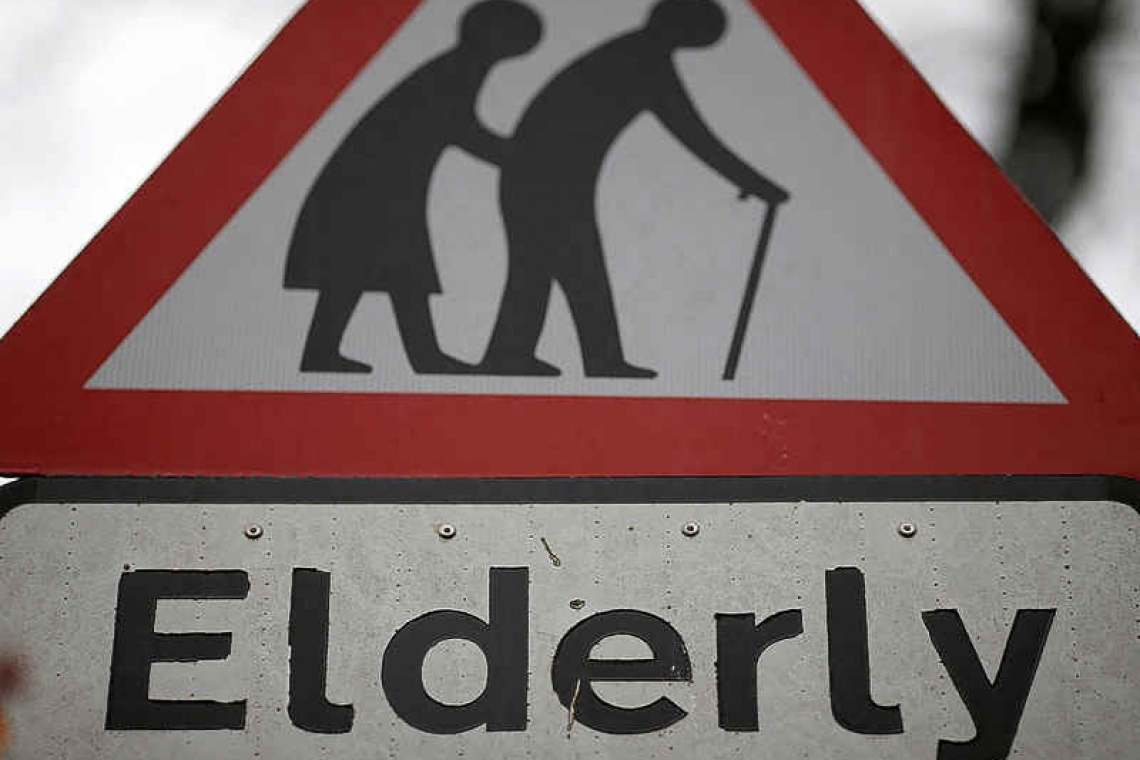 LONDON--When the Shannon family announced the closure of their garden centre just off London's busy South Circular road after 33 years of trading this month, their message to customers sought to explain their difficult decision.

"We're not getting any younger and our children have their own careers, ULEZ (a local emissions tax), Brexit, cost of products increasing, stock shortages, less footfall, hot weather, cold weather, hosepipe ban and recession looming are all contributors," the message on social media read.
While south Londoners will have to go elsewhere for their plants, the greater worry is that the local difficulties cited by the Shannons are just the sharp end of bigger moves in the global economy that go far beyond today's cost of living crisis. Labour market shifts as baby boomers retire; disruption caused by extreme weather; the cost of climate action; more volatile geopolitics and an uncertain future for world trade: these are the larger trends some policy-makers believe could make for a durably more expensive world.
"There is huge uncertainty as to how the economy will shape up now that the tectonic plates are shifting," International Monetary Fund Managing Director Kristalina Georgieva told an event in Brussels this month, adding: "There will be pain."
Just how we got to this point was laid out to the world's central bankers at their annual retreat in Wyoming last month by Agustin Carstens, head of the Bank for International Settlements (BIS) which effectively serves as the central banks' banker. According to Carstens, much of the world economy from the 1990s enjoyed three decades of solid, low-inflation growth due to benign tailwinds including stable geopolitics, technological advances, a spurt in globalisation and an ample pool of labour.
But instead of seizing the moment to make investments and reforms for the future, governments took on debt to chase yet more growth. And while globalisation made a few people very rich, it was leaving millions more feeling worse-off.
The 2008/09 financial crisis, pandemic and Ukraine war have revealed how fragile this growth fueled by cheap debt and just-in-time supply chains was. Now, the greater fear is that those tailwinds keeping it all up in the air are turning to headwinds.
Take demographics. U.S. baby boomers born between the end of World War Two and 1964 will all have retired by 2030, while in Europe old people will outnumber young by 2:1 from 2060; in China, the proportion of over-65s has tripled since the 1950s.
The "great demographic reversal" theory of economists Charles Goodhart and Manoj Pradhan - that ageing will shrink labour forces and so prove inflationary - had attracted little attention before price pressures starting spiking in 2020. Now, however, the U.S. Federal Reserve points out that half the big drop in labour force participation seen since the pandemic is down to baby boomers retiring.
"I think you have to come back and ask the question of whether we're headed toward an environment where we're going to be short on labour," Federal Reserve Bank of Richmond President Thomas Barkin told Reuters in an August interview, adding that in turn could require monetary policy to be tighter.
Some argue the link between demographics and inflation ultimately takes care of itself. The Bank of Korea, whose country is bracing for the fastest pace of ageing in any major economy, believes that an older population in the end cools down demand in an economy and so pushes down wages and prices.
That, however, may depend on what happens with world trade which in the two decades since the rise of China has spawned a flow of cheap and readily available consumer goods. While reports of the death of globalisation may be exaggerated, there are clear signs of a retreat from the free-wheeling days when it could be relied on to keep a lid on domestic prices everywhere.
IMF's Georgieva said the global supply snags due to the pandemic and now the Ukraine war have prompted companies in some cases to prioritise security of supply over lowest cost, a move that inevitably makes things pricier.
Meanwhile China's economy is slowing down and its leaders have turned their gaze from external commerce to domestic reform; Europe's export giant Germany now wants to cut its dependency on Asia's superpower.
The perception that globalisation benefited some more than others has led to a category of voters feeling "left behind" - one of the complex mix of factors which led to Brexit but which has also influenced politics elsewhere. According to trade historian Douglas Irwin at Dartmouth College, there is now a bi-partisan anti-trade reflex in U.S. politics and a genuinely pro-trade president has not sat in the White House since George W. Bush in 2009.
"In such a situation it is very difficult to move out of that quickly," he told a Bruegel think tank event in Brussels.
Whether, on top of all this, tackling climate change pushes us into a costlier world will depend on how it is managed. Doing nothing at all runs the risk of more frequent extreme weather causing outcomes such as resource shortages and lower labour productivity - both inflationary. A disorderly shift away from fossil fuels before other alternatives are in place would create energy shortfalls - and so also be inflationary.
According to analyses by the group of central banks in the Network for Greening the Financial System (NGFS) released this month, "an immediate coordinated transition" to greener policies would be less costly than other scenarios in the long run.
What these demographic, trade and climate challenges have in common is that they all crimp the supply side of the economy - be it supply of labour, goods or raw materials - which central bankers cannot fix with quick monetary policy hits. In such a world, only deeper and longer-term reforms redress the balance: education and healthcare to boost human capital; energy transition to avert new fossil fuel shocks; wise spending on innovation and infrastructure to secure new efficiencies.
"We may be approaching what in aviation is called a 'coffin corner', the delicate spot when an aircraft slows to below its stall speed and cannot generate enough lift to maintain its altitude," Carsten said. "It takes skilled piloting to get the aircraft back to a safer, stable place."