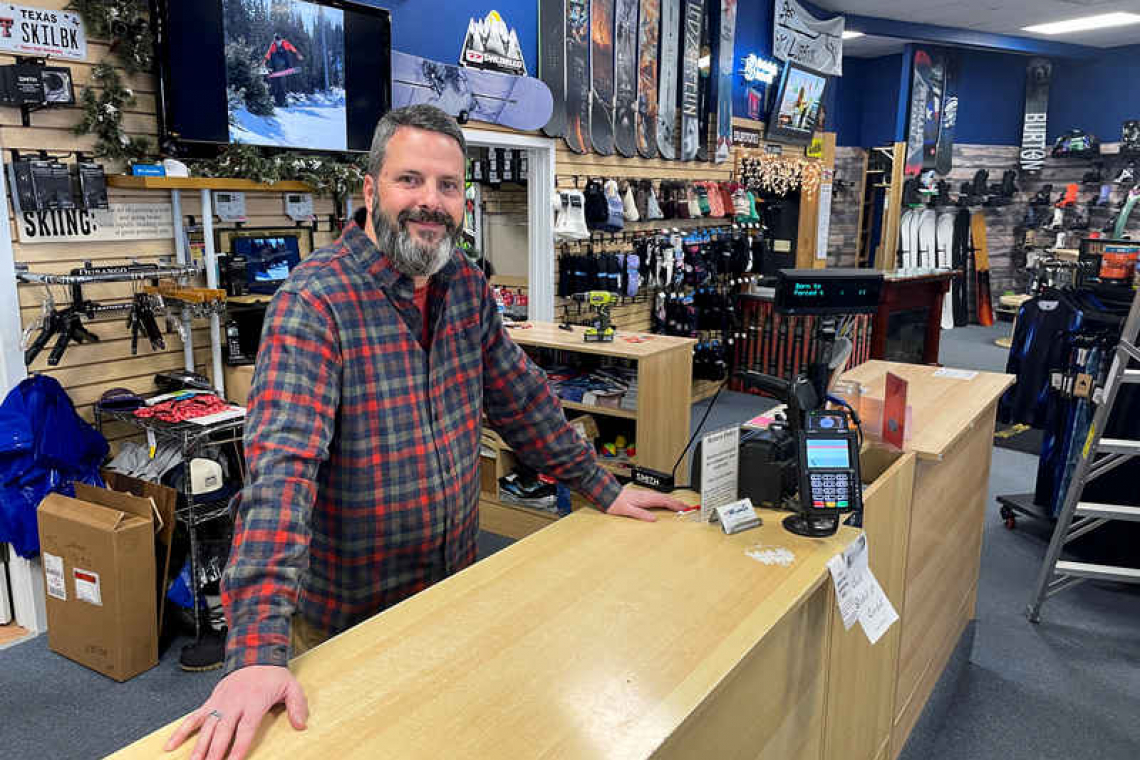 LUBBOCK, Texas--Phillip Howard pointed toward a stack of black ski pants piled atop a counter in his winter sports shop as evidence of the hurdles small business owners still face as the pandemic drags on.
The pants were supposed to arrive by August at Troy's Ski Lubbock shop in west Texas - well before his five-month hot season of selling that kicks off in October. Instead, they came from China the first week of January, delayed by supply-chain failures.

"Late-arriving product really kills us," Howard said this week, noting that several other items had also arrived late, missing his pre-holiday sales season. "I've been in this business for almost 20 years, and I've never encountered anything like this."
As the pandemic enters its third year, many small businesses across the United States are besieged on three fronts: deepening supply chain issues; periodic staffing shortages; and fewer customers showing up in some areas, fearing the Omicron spike in COVID-19 cases. This week the Federal Reserve released its latest collection of anecdotes about the state of the economy from businesses, labour groups and others nationwide, showing that the fast-spreading Omicron variant was exacerbating difficulties, especially for hiring and inflation.
U.S. retail sales fell 1.9% in December amid the shortage of goods and surging infections, the Commerce Department said on Friday. Though federal aid and the economy's overall recovery have kept failure and bankruptcy rates for small businesses far lower than expected, day-to-day management has become a challenge. Census surveys conducted since early in the pandemic show concerns steadily shifting from dwindling cash reserves and a hunt for financing to challenges with supply chains and rising costs.
"I'm placing orders for next year now, and we're looking at double-digit inflation," Howard said. "It's probably 10% across the board for almost everything that I'm having to order."
Staffing shortages forced Gage & Tollner, a 19th-century chop house in Brooklyn, New York, to close for five days in late December. Co-owner St. John Frizell estimates about 30% of the nearly 60 people working at the restaurant have had COVID-19 in the last month. Owners wanted staff to have a negative coronavirus test before returning to work, but that often meant employees spent hours waiting in lines to get swabbed.
"We just need tests, lots and lot of tests," he said.
He welcomed the proposal this month by Governor Kathy Hochul that New York should permanently allow restaurants and bars to sell cocktails "to go," an emergency provision first brought in when establishments were forbidden from seating customers inside in 2020.
Just down the road at Junior's Restaurant and Bakery - renowned for its cheesecakes - owner Alan Rosen said he had suffered with supply chain issues and staffing shortages. He has sometimes had to rope off entire sections of his restaurants when there were not enough servers to go around.
"Our costs of goods are through the roof, there's inflationary pressure, supply chains are a mess," Rosen said.
Amy Glosser shifted BYKlyn, her cycling studio, to new outdoor premises in the summer of 2020 to keep the Brooklyn business afloat. But Glosser said she and her two dozen employees agreed they could not do another winter outdoors, so she moved the business to a temporary indoor space on Dec. 1.
Then the Omicron variant hit New York City hard, and about 40% of the gym's 200 members said they wanted to cancel or pause their memberships. "People are nervous to come inside and sweat together," Glosser said.
Randy Peers, president of the Brooklyn Chamber of Commerce, said he's worried about small businesses being evicted after New York state's pandemic-era evictions moratorium ended on Saturday, noting that about a third of businesses in the Chamber owe back rent.
Peers said optimism grew over the summer and early fall, with the city's high vaccination rates and many restrictions lifted. That lasted through Thanksgiving. "Then Omicron just threw everything upside down again," he said.