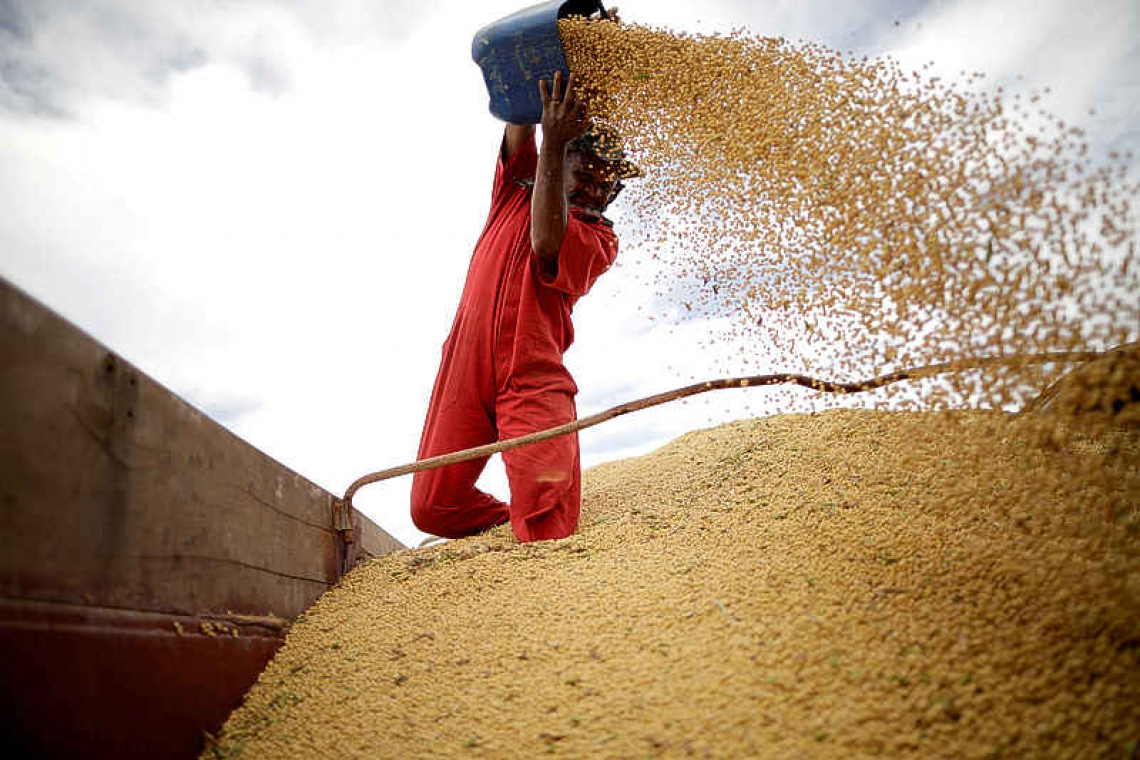 CHICAGO/NEW YORK--Big U.S. harvests, near-perfect weather for planting in Brazil and signs of slowing purchases by top buyer China are bolstering supplies of two of the top globally traded commodities: soy and corn.

The rising stocks indicate that prices for those key crops, as well as for other staples such as sugar and coffee, may have peaked after the surge sparked by the onset of the pandemic, farmers, brokers and analysts said.
Lower crop prices would be good news for consumers after global food prices soared to the highest level in a decade, according to the United Nations food agency. Dwindling supplies and strong global demand for crops over the past 18 months drove food inflation and spurred fears of shortages.
Cheaper soy and corn would lower the cost of feeding livestock used to produce meat, which has been out of reach for many people during the COVID-19 pandemic. But falling prices could threaten farmers' profits, especially after seed and fertilizer companies raised prices on crop inputs.
Since topping out at near-decade highs in May, Chicago Board of Trade soybean futures have fallen 27% while corn futures fell 24% as near-perfect growing conditions across broad swaths of the United States led to a bountiful harvest. But with the northwestern United States and Canada still reeling from a historic drought and dry weather potentially continuing there due to the La Niña climate phenomenon, prices of oats, wheat and canola are poised to remain high, meaning food inflation is far from over. Wheat futures recently surged to a nine-year top.
The market for soybeans is under the most pressure, as rising supplies and concerns about a cooling of Chinese demand are pushing prices lower. After finishing the 2021 harvest of what he called a bigger-than-average soybean crop on the 3,600-acre farm he operates in Woodhull, Illinois, Drew DeSutter booked some sales on soybeans he will deliver to grain dealers in 2022 in case the market declines by the time that crop, which he has not even planted yet, matures.
"I do not think it is a bad idea for farmers to set some prices on next year's crop," DeSutter said.
The U.S. Agriculture Department (USDA) raised its outlook for world supplies of soybeans every month since it gave initial projections for the current marketing year in May. If the current forecast of 104.57 million tonnes is realized, that would be the second-biggest world soybean stocks record.
China, the top global buyer of soybeans, has slowed purchases in recent months due to poor margins crushing soy into meal and oil to feed livestock. Analysts say shipments to China in 2021 might be less than 100 million tonnes due to a collapse in hog sector profitability and a sharp rise in the use of wheat for animal feed.
Even prices of vegetable oils including palm oil, which surged due in part to a labour shortage in Malaysia, have begun to show weakness, with palm oil posting losses in three of the last four weeks. But soy and canola oil have been in high demand for biodiesel, as companies transition to greener fuel.
While poor weather, has cast doubt on the state of China's corn crop, the USDA and private analysts expect China to import less of the grain than it did last year. Global corn supplies were seen rising 4.1% in the 2021/22 crop year, according to USDA data.