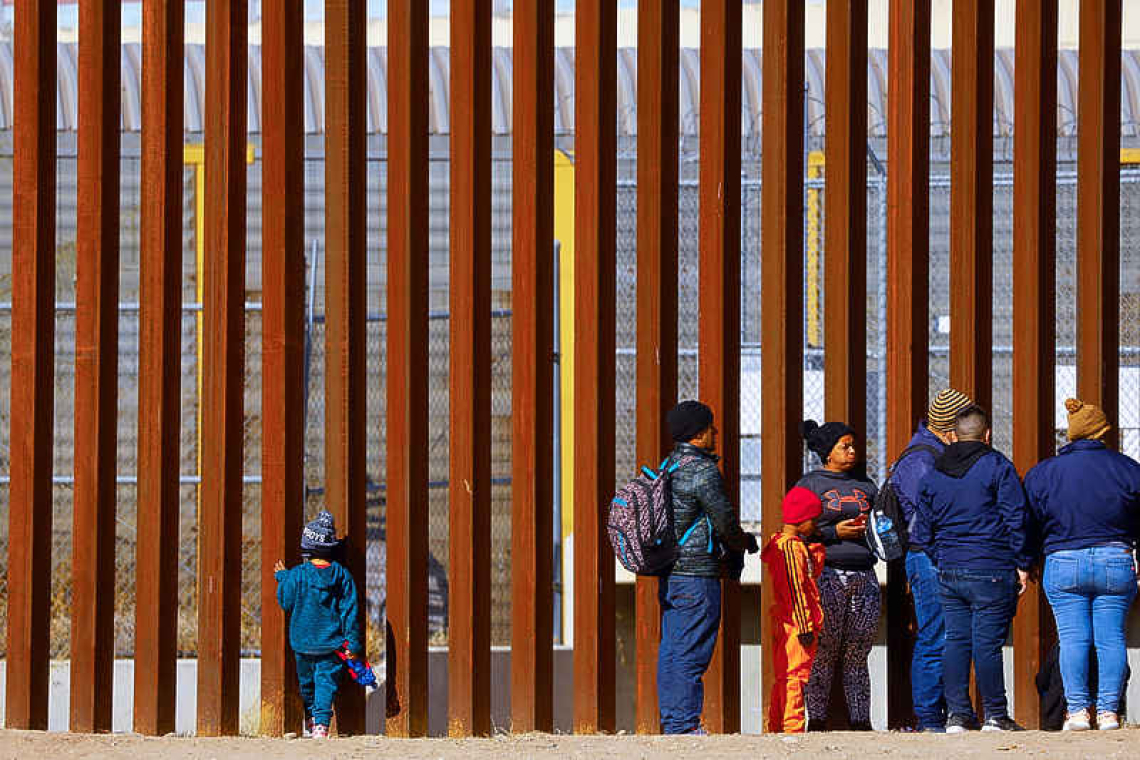 WASHINGTON--The U.S. Supreme Court on Tuesday left in place for now a pandemic-era order allowing U.S. officials to rapidly expel migrants caught at the U.S.-Mexico border in order to consider whether 19 states could challenge the policy's end.

In a 5-4 vote, the court granted a request by Republican state attorneys general to put on hold a judge's decision invalidating the emergency public health order known as Title 42. The states had argued lifting the policy could lead to an increase in already-record border crossings. The court said it would hear arguments on whether the states could intervene to defend Title 42 in its February session.
A ruling is expected by the end of June. "It breaks my heart that we have to keep waiting," Miguel Colmenares, a Venezuelan migrant in the Mexican border city of Tijuana, said on hearing about the court's decision.
"I don't know what I'm going to do, I haven't got any money and my family's waiting for me," the 27-year-old said.
President Joe Biden said the U.S. government would have to enforce the order until the matter was resolved. "But I think it's overdue," he said.
White House Press Secretary Karine Jean-Pierre said the Biden administration would respect the ruling, but added that Title 42 should not remain in place indefinitely. "To truly fix our broken immigration system, we need Congress to pass comprehensive immigration reform measures," she said.
Chief Justice John Roberts, a member of the court's 6-3 conservative majority, on Dec. 19 issued a temporary administrative stay maintaining Title 42 while the court considered whether to keep the policy for longer. Prior to his order, it had been set to expire on Dec. 21.
Conservative Justice Neil Gorsuch joined with the court's liberal members - Sonia Sotomayor, Elena Kagan and Ketanji Brown Jackson - in dissenting, calling Tuesday's order "unwise." He questioned why the court was rushing to hear a dispute on "emergency decrees that have outlived their shelf life," and said the only plausible reason was because the states contended Title 42 would help mitigate against an "immigration crisis."
"But the current border crisis is not a COVID crisis," Gorsuch wrote in an opinion joined by Jackson. "And courts should not be in the business of perpetuating administrative edicts designed for one emergency only because elected officials have failed to address a different emergency."
Aid group the International Rescue Committee said in an emailed statement that Title 42 had been used to justify nearly 2.5 million expulsions in total since March 2020, and argued that U.S. border policies had caused significant strain throughout the region, making migration routes deadlier. Title 42 was first implemented in March 2020 under Republican former President Donald Trump when the COVID-19 pandemic began.
President Joe Biden, a Democrat, kept the restrictions in place for over a year after taking office in 2021 despite vowing to shift away from Trump's hardline immigration policies. U.S. Border Patrol agents apprehended a record 2.2 million migrants at the southwest border in the 2022 fiscal year, which ended Sept. 30. Close to half of those arrested were expelled under Title 42.
The Biden administration sought to lift Title 42 after U.S. health authorities said in April it was no longer needed to prevent the spread of COVID-19, but were blocked by a federal judge in Louisiana - a Trump appointee - in response to a Republican-led legal challenge.
Enrique Lucero, director of migration affairs in Tijuana, said it was "absurd" that Title 42 remained in place, noting the city had a large backlog of U.S. asylum seekers. "This measure has to disappear sooner or later," he said.