US school board group asks Biden for help against growing 'threat' 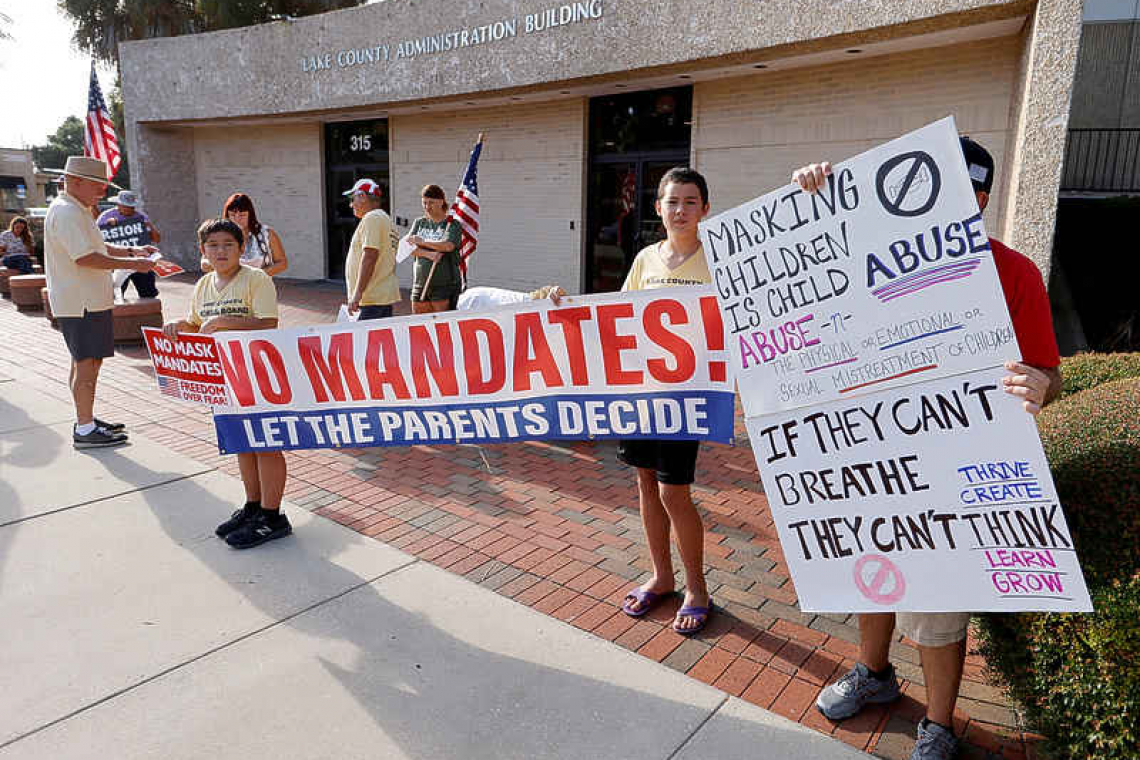 WASHINGTON--As schools around the country face growing backlash related to pandemic safety measures and studies of race in America, school board members are asking for federal help from the president to protect teachers and community members from the "immediate threat."

The National School Boards Association (NSBA) said in a Thursday letter to President Joe Biden that school board members, officials and students across the nation are facing an increased amount of malice, violence and threats that amount to "a form of domestic terrorism and hate crimes."
"America’s public schools and its education leaders are under an immediate threat," Viola Garcia and Chip Slaven, the group's president and interim executive director, said in a statement about the letter. "The National School Boards Association respectfully asks for federal law enforcement and other assistance to deal with the growing number of threats of violence and acts of intimidation occurring across the nation."
The White House said on Thursday the administration is looking into what more it can do to keep public servants safe. "Obviously, these threats to school board members is horrible; they’re doing their jobs," spokesperson Jen Psaki told reporters. "We’re continuing to explore what more can be done across the administration but, again, a lot of this will be local law enforcement."
The debate over measures such as masks mandates and COVID-19 vaccines in schools has been a flashpoint for U.S. school districts grappling with how to keep students and staff safe during the pandemic. Friction around the issue has turned typically benign school board meetings into ruckus gatherings with yelling and heated disagreements.
Parents and community members also have bombarded board meetings with complaints that critical race theory, which has been largely misunderstood, is being used to promote anti-white, anti-American views.
On behalf of 90,000 school board members in the United States who govern 14,000 public school districts across the nation, the NSBA said it is requesting the U.S. Justice and Homeland Security departments, along with the Federal Bureau of Investigation and U.S. Secret Service, to track and investigate risks to students, educators, board members and campuses. "This is a critical time for a proactive approach to deal with this difficult issue," the organization said.
The group cited incidents in which an individual was arrested in Illinois for aggravated battery and disorderly conduct during a school board meeting, and another individual yelled a Nazi salute during two separate school board meetings in Michigan in protest to masking requirements.
In New Jersey, Ohio and other states, anti-mask proponents recently incited chaos during board meetings, the organization said, while in Virginia, an individual was arrested, another man was ticketed for trespassing and a third person was hurt during a school board meeting discussing critical race theory.