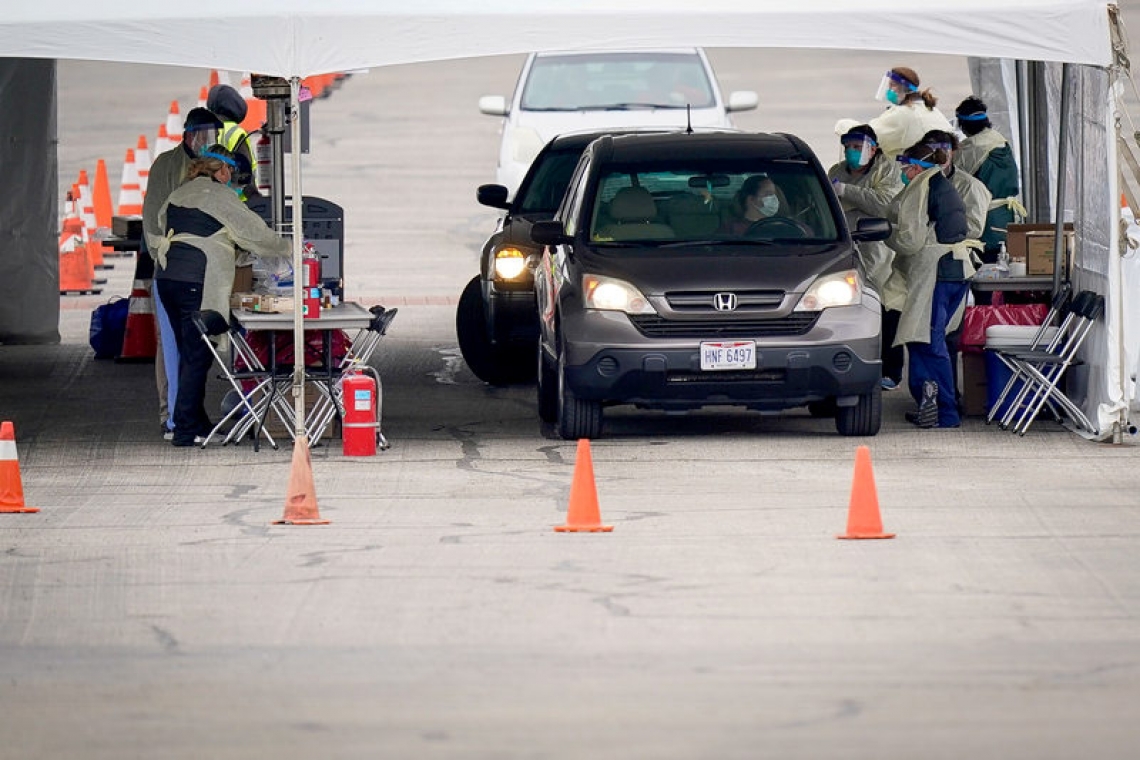 WASHINGTON/NEW YORK--The Trump administration pressed on Tuesday for enactment of a $1 trillion stimulus package, possibly with $1,000 direct payments to individual Americans, to blunt the economic pain from a coronavirus outbreak that has killed over 100 people in the country.
With cases of the respiratory illness reported in all 50 states and the total number of known U.S. infections surging past 6,400, millions of Americans hunkered down at home instead of commuting to work or going to school.
New York City said it might order its 8.5 million residents to "shelter in place" at home, as cities escalated "social distancing" policies by closing schools, restaurants and theaters to curb the spread of the virus.
"It's a very, very difficult decision," New York Mayor Bill de Blasio said. "We've never been here before." The state's governor, Andrew Cuomo, told CNN he did not think it would work.
About 6.7 million people in the San Francisco Bay area have already been ordered to stay home for all but the most crucial outings until April 7. Eateries were shut down except for carry-out orders and deliveries, and bars were closed, but marijuana dispensaries were allowed to stay open as the drug was deemed an "essential medicine" by health authorities.
"It's like living in a 'Twilight Zone,'" said Rowan Oake, 36, during a jog through San Francisco's Presidio Park. "You can feel the anxiety in the air."
Kentucky and Illinois recorded their first coronavirus deaths, driving the nationwide toll to at least 108. Authorities said 22 people had been infected at a nursing home in suburban Chicago.
In Washington state, where 52 people have died, many at a suburban Seattle long-term care facility, Governor Jay Inslee signed legislation approving $200 million for homeless aid and other measures to fight the virus. California's governor signed off on $1 billion, and Georgia's governor approved $100 million.
In New Jersey, Governor Phil Murphy closed indoor shopping malls while a record number of unemployment applications crashed state computer systems. The nation's largest indoor shopping center, Minnesota's Mall of America, said it would close.
Kansas shuttered schools through the end of the academic year.
Sheriff's deputies in Los Angeles County were ordered to write more citations and make fewer arrests, to keep jail crowding to a minimum. Ohio Governor Mike DeWine ordered elective surgeries postponed to preserve hospital space.
Less than a week after the NBA suspended its season, star player Kevin Durant tested positive for the virus, the Athletic reported.
Vice President Mike Pence said the White House may direct the U.S. military to establish field hospitals in virus hot zones if requested by state governors, or enlist the Army Corps of Engineers to add capacity to existing hospitals.
New York, Washington state and California accounted for the bulk of confirmed cases of the highly contagious respiratory illness. Roughly half of all Americans want the U.S. government to act more aggressively to slow transmission of the coronavirus, such as banning large public gatherings and shutting down all overseas flights, according to a Reuters/Ipsos poll released on Tuesday.