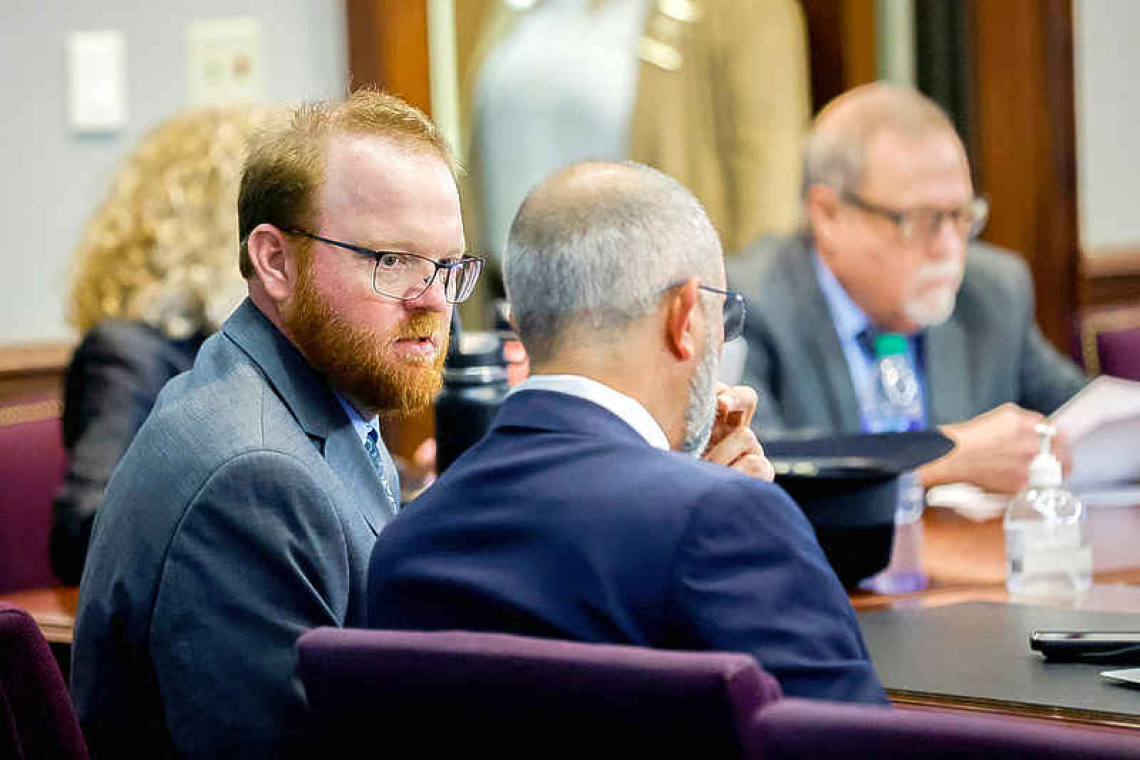 ATLANTA--A Georgia judge sentenced Travis McMichael and his father Gregory McMichael on Friday to life in prison without the possibility of parole for what he called the "chilling" 2020 murder of Ahmaud Arbery, a Black man running through their mostly white neighbourhood in the southern U.S. state.

Judge Timothy Walmsley also gave a life sentence to their neighbour William "Roddie" Bryan but ruled that he could seek parole after 30 years in prison, the minimum sentence allowed for murder under Georgia law.
Echoing comments made by Arbery's anguished relatives earlier in the hearing at Glynn County Superior Court, the judge condemned the three men for what he described as their mistake of failing to see Arbery as just another neighbour. He said he gave the McMichaels the harshest sentence available in part because of their "callous" words and actions captured on a cellphone video that sparked national outrage when it became public in the summer of 2020.
"It was a chilling, truly disturbing scene," the judge said of the frame in the video where McMichael begins to lift his shotgun at Arbery while the 25-year-old is about 20 feet away. "I kept coming back to the terror that must have been in the mind of the young man running through Satilla Shores."
In November, a jury found Gregory McMichael, 66, his son Travis McMichael, 35, and their neighbour Bryan, 52, guilty of murder, aggravated assault, false imprisonment and criminal intent to commit a felony.
The judge agreed with prosecutors and Arbery's relatives that the three men, who are white, had "assumed the worst" about Arbery, who he said was "hunted down and shot, and he was killed because individuals here in this courtroom took the law into their own hands."
Earlier, Arbery's family told the court they believed that racial stereotyping led to the killing of the avid jogger, who grew up and still lived across the highway from the Satilla Shores neighbourhood where he died. Defense lawyers had pleaded leniency, saying none of the three men ever intended for Arbery to be killed, and that the maximum punishment should be reserved only for the "worst of the worst" offenders.
Before the judge's ruling, Jasmine Arbery addressed the court in a quavering voice to offer a poetic celebration of her younger brother's Blackness, which she said was mistaken for something frightening by his attackers.
"He had dark skin that glistened in the sunlight like gold. He had curly hair; he would often like to twist it. Ahmaud had a broad nose and the colour of his eyes was filled with melanin," she said. "These are the qualities that made these men assume Ahmaud was a dangerous criminal. To me, those qualities reflected a young man full of life and energy who looked like me and the people I love."
Linda Dunikoski, the lead prosecutor, had argued for the maximum sentence for just the two McMichaels for what she called "a demonstrated pattern of vigilantism." Pointing to Gregory McMichael's former work as an investigator in the local prosecutor's office, she said father and son acted as if they were above the law.
Defense lawyer Kevin Gough had argued for leniency for Bryan because he was the only one of the three who was unarmed when he pursued Arbery.
Attorneys for the three men have said they will appeal the convictions. The men also face a federal trial in February on hate-crime charges, accused of violating Arbery's civil rights by attacking him because of his "race and colour."