Suspect in Wisconsin parade carnage was out on bail 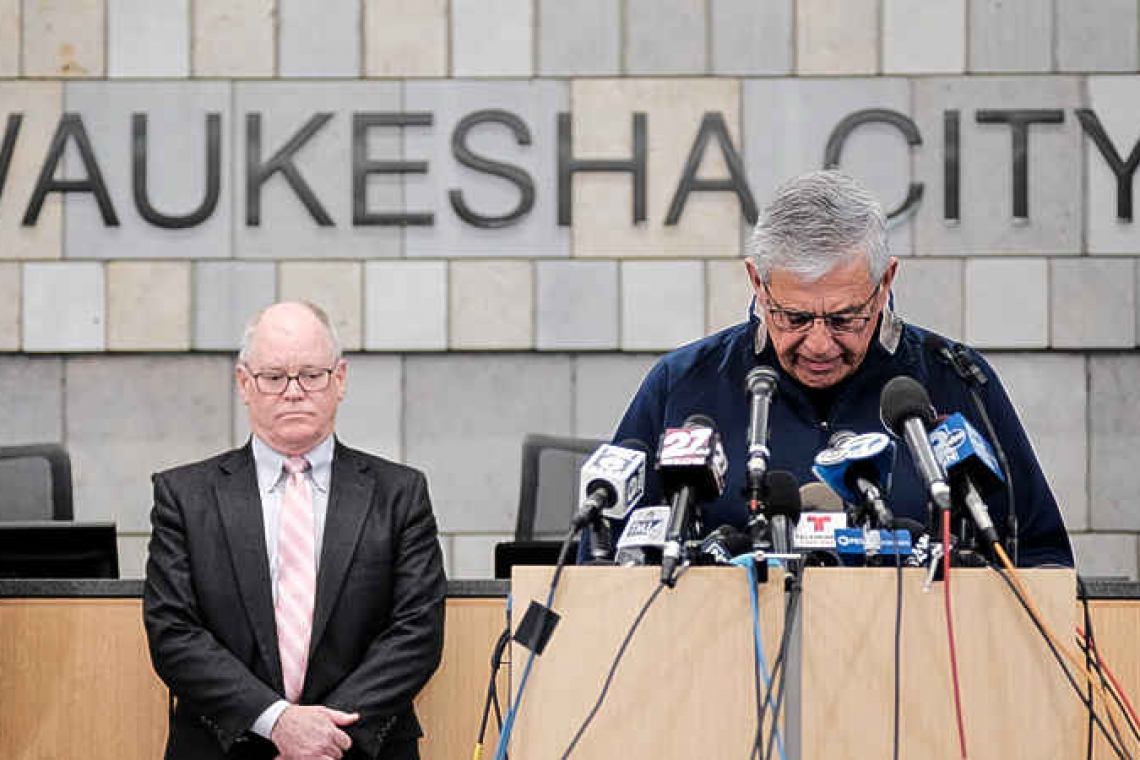 WAUKESHA, Wisconsin--The man accused of deliberately driving his car into a Christmas parade near Milwaukee, killing five people and injuring dozens, was out on bail from a domestic abuse case and was suspected in another violent altercation earlier that day, officials said on Monday.

The suspect, Darrell Brooks, 39, was arrested near the scene of Sunday's vehicular attack in Waukesha, Wisconsin, and faces five counts of first-degree homicide, Waukesha Police Chief Daniel Thompson said.
In addition to the five people killed - ranging in age from 52 to 81 - 48 were injured, including six children who remained hospitalized in critical condition on Monday, authorities said. Among the victims were members of a parade group calling themselves the "Dancing Grannies," according to a statement posted on Facebook on Monday.
Thompson said the motive for the attack was still a mystery but that it was clear the suspect had acted intentionally. "He drove right through the barricades and the officers," Thompson told a briefing, adding authorities had ruled out terrorism as a motive. Waukesha County District Attorney Sue Opper said the suspect acted alone.
Police were not pursuing Brooks when he plowed into the parade, but one officer fired shots to try to stop the sport utility vehicle, the police chief said. "Minutes after the incident occurred, I responded to the scene," Thompson said. "And what I saw out of chaos and tragedy was heroes - first responders in the community coming together and working together on triaging victims."
The FBI was assisting local police in their investigation.
Brooks has a criminal history and was last released from custody after posting $1,000 cash bond on Nov. 11, an amount the Milwaukee County District Attorney's Office said was "inappropriately low in light of the nature of the recent charges" against him. Brooks had been charged on Nov. 5 with obstructing an officer, battery, reckless endangerment, disorderly conduct and felony bail jumping in a domestic abuse case, prosecutors and state court records show.
Around the time of Sunday's carnage, police also had received a complaint of a domestic disturbance involving Brooks and a knife but were unable to respond because they were preoccupied with the parade, Thompson said. "Was there an initial complaint of a knife being involved? Yes," he said. "Do we know if there actually was one there? We don't."
The chief said investigators had no information suggesting Brooks, a resident of Milwaukee, knew anyone in the parade.
Police identified the five dead as Virginia Sorenson, 79; LeAnna Owen, 71; Tamara Durand, 52; Jane Kulich, 52; and Wilhelm Hospel, 81. Several vigils and prayer services were held on Monday for the victims, including a memorial service attended by hundreds in a park near the scene.
“Waukesha is strong. That’s why we are out here,” said Jeremy Wittig, 39, an information technology professional, as he stood in the crowd around sunset.
Brian Hoffman, 33, a Waukesha resident, who was present when the vehicle rammed through parade attendees, described the moment as terrifying. "I saw children who were run over," he recounted early on Monday, sitting on a stoop near the scene. "I am still totally shocked."
Video of the incident posted on social media showed a red SUV racing alongside the parade route and then into the procession, appearing to run over more than a dozen people before bystanders ran from sidewalks to help. Officials at Children's Wisconsin hospital in Milwaukee told a briefing they treated 18 children, including six who remained in critical condition and three in serious condition on Monday.
The rest were in fair condition or released. The hospital made no mention of any fatalities.