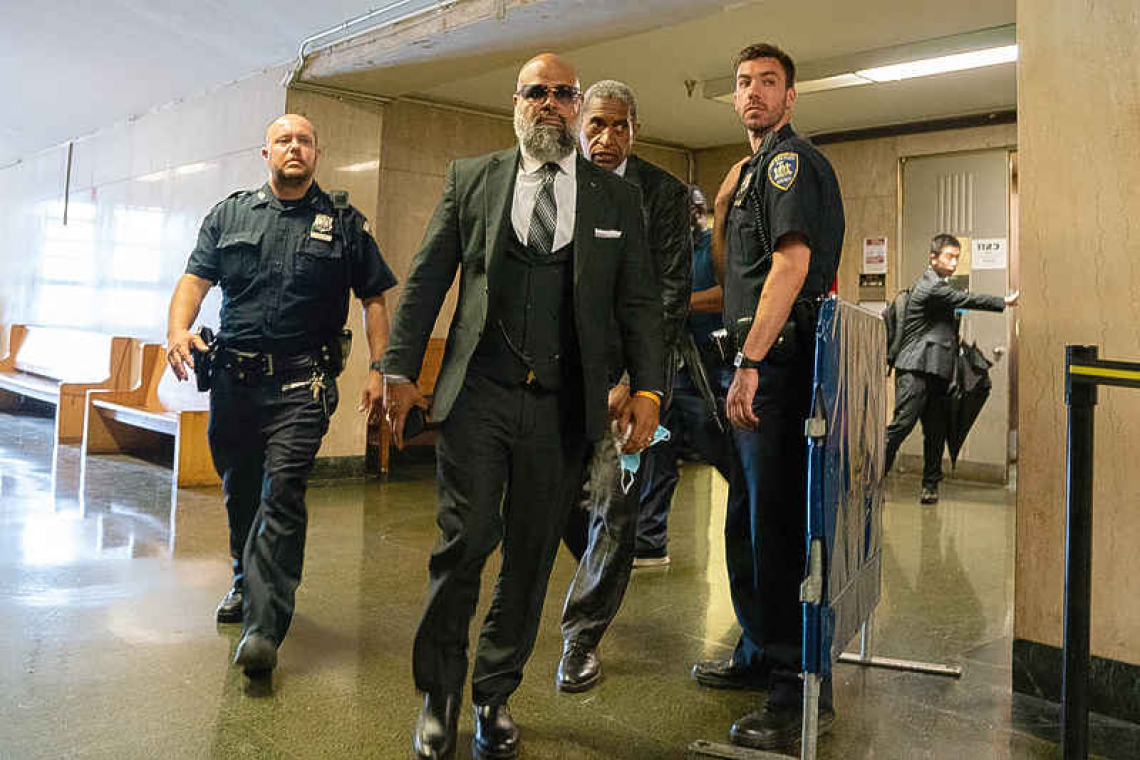 NEW YORK--A long overlooked co-defendant of the Central Park Five, a group of Black and Latino teenagers wrongly convicted of raping a white woman jogger in 1989 based on false confessions, was exonerated of a related conviction by a New York judge on Monday.

Steven Lopez was 15 when he was first named in the indictment along with other Black and Latino teenagers for the night-time rape and attempted murder of Trisha Meili, an investment banker whose horrific injuries became the subject of sensationalist media coverage. Lopez later pleaded guilty to robbing a male jogger that same night in a deal with prosecutors that saw the charges alleging his involvement in the attack on Meili dropped, and was sentenced to between 1-1/2 and 4-1/2 years in a state prison.
On Monday, Judge Ellen Biben of the New York State Supreme Court agreed to a motion by Manhattan's chief prosecutor and a lawyer representing Lopez to vacate the plea entered by Lopez when he was 17 years old, ruling that it was involuntary, unconstitutional and based in part on false witness statements.
"What happened to you was a profound injustice and an American injustice," Eric Shapiro Lopez, a defense lawyer who was not yet born when his client was indicted, said in remarks to Lopez before the court. "They say justice delayed is justice denied and I'm sorry we've had to wait for 30 years." Lopez, whose long beard is now graying, appeared to have tears in his eyes.
Meili was beaten and left for dead. The attack was seized upon by local media as an emblem of soaring crime rates in New York City in the 1980s. News stories frequently referred to the boys arrested by the New York Police Department as animals.
Decades before he would become president of the United States, Donald Trump, then a prominent real-estate developer, took out full-page advertisements in city newspapers calling for the boys to be executed.
Later, the five boys convicted at trial were exonerated when the true attacker confessed and was linked to the crime by DNA evidence. The case became a watchword for judicial overreach, racial profiling by both law enforcement and news outlets and the malpractice of police officers forcing confessions from innocent people.
Antron McCray, Kevin Richardson, Raymond Santana, Korey Wise and Yusef Salaam, now known as the Exonerated Five, spent years in prison. They brought a lawsuit against the city, which was settled for $41 million in 2014. Lopez was not part of that lawsuit, and his story has often been overlooked in coverage of the exoneration of his former co-defendants.
Manhattan District Attorney Alvin Bragg told the court that there was no physical evidence linking Lopez to the attacks on either joggers, and that the witness statements naming him had been recanted. That, coupled with Lopez's youth at the time, made the plea involuntary, Bragg told the court.
"Mr. Lopez, we wish you peace and healing," the judge said after dismissing the indictment.
"Thank you," Lopez replied, his only remarks in court.
"It is so ordered," the judge said, as Lopez rose to shake the chief prosecutor's hand.