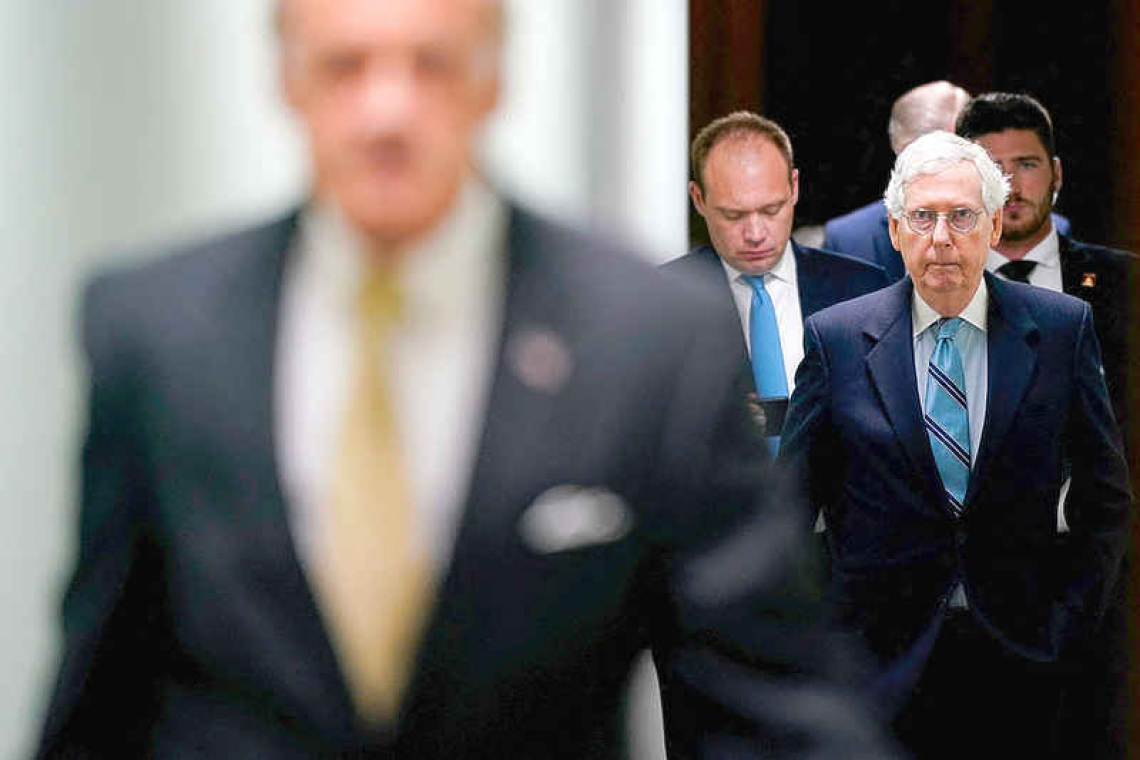 WASHINGTON--Republicans in the U.S. House of Representatives will unveil plans this week to support the U.S. energy industry, fight crime and combat illegal immigration as they seek to gain the upper hand in the Nov. 8 midterm elections.

The Republicans bill their "Commitment to America" agenda as a prescription for economic and social ills they say President Joe Biden's Democrats have caused, with top House Republican Kevin McCarthy hoping it will also serve as a unifying message for his party in the closing weeks of the campaign
House Republican leadership also intends the platform to help the party's candidates keep their focus on criticizing Democrats, rather than on former President Donald Trump's false claims of election fraud in 2020.
The plan will propose increasing U.S. energy production to address high gas prices, boosting funding to hire more police and reimposing Trump-era border restrictions to stem the flow of migrants coming from Mexico, lawmakers said. They will unveil it on Friday in Monongahela, Pennsylvania, a small city in a deep red congressional district outside Pittsburgh.
"There's a plan for a new direction for America, one that will curb inflation, give us lower gas prices, make your streets safer again, but also give parents a say on their kids' education and bring accountability back to this government," McCarthy told Reuters.
Republicans are favoured by nonpartisan election analysts to erase Democrats' 221-212 majority in the House, and doing so would give them the power to block Biden's legislative agenda and to launch potentially politically damaging investigations into his administrations. With Democrats still in control of the White House and control of the Senate up for grabs as well as Nov. 8, the parties would need to work together to pass meaningful legislation.
"If Republicans are fortunate enough to take the House of Representatives, we will have policies ready to go – day one," said Representative Yvette Herrell of New Mexico, whose bid for reelection is a toss-up.
She pointed to her own bills to prevent the Biden administration from relenting on COVID-19 border restrictions and to require the administration to seek congressional approval for any curtailment of energy leases on federal lands.
Democrats dismissed the plan, saying it ignores serious voter concerns about abortion rights and the state of American democracy, issues that aided Democratic victories in recent special House elections in New York and Alaska and helped block abortion restrictions in Kansas. "I don't think they have an agenda that the American people will ... want," House Majority Leader Steny Hoyer, the chamber's No. 2 Democrat, said in an interview.
"Kansas showed that to be the case. I think New York showed it to be the case - and Alaska, which hasn't had a Democratic congressperson for a long time. We're doing what the public thinks is for them, for the people," Hoyer said.