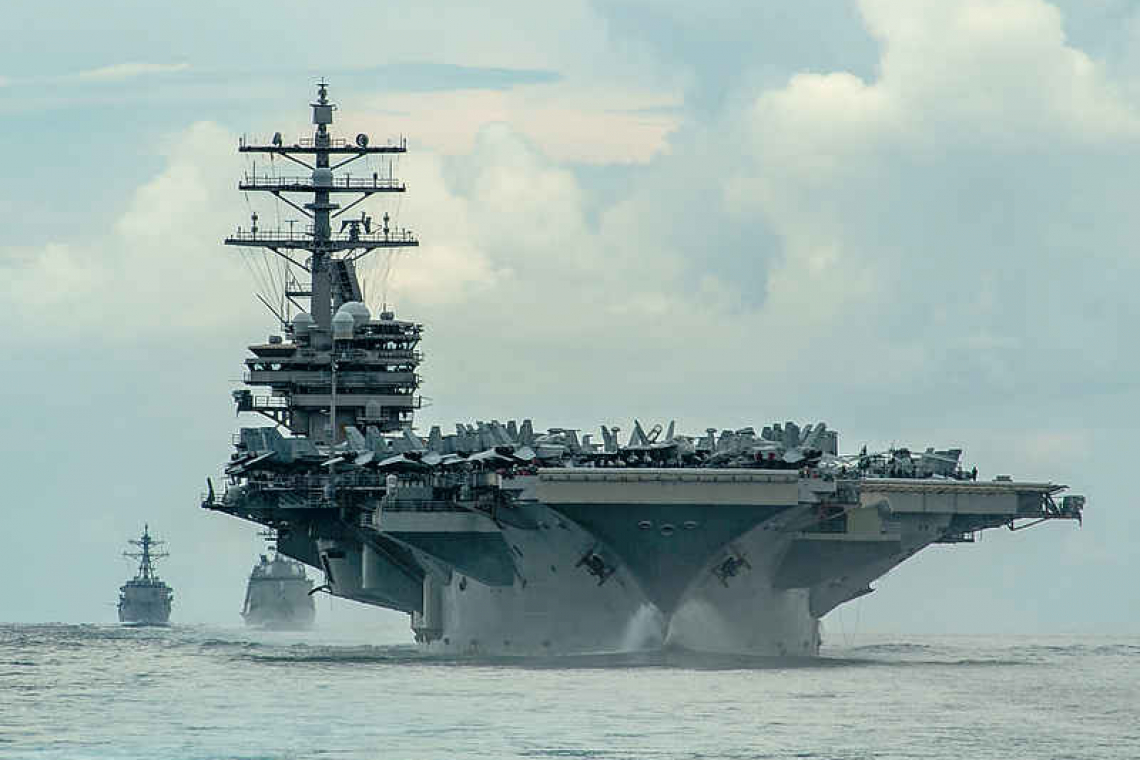 WASHINGTON--Overshadowed by U.S. President Joe Biden's headline-grabbing vow that American forces would defend Taiwan against a Chinese attack was his hint at possibly shifting U.S. policy to support the island's right to self-determination.

Though the White House has taken pains to say Biden's most explicit statement yet about defending the Chinese-claimed island, made during an interview broadcast on Sunday, did not signify a policy change, some analysts say he may have undercut – intentionally or not – a U.S. stance of not taking a position on Taiwan's independence.
Chinese leader Xi Jinping has long-vowed to bring Taiwan under Beijing's control and has not ruled out the use of force to do so. Democratically-governed Taiwan strongly objects to China's claims but says it does not need to declare independence because it is already an independent country.
U.S. officials, including Secretary of State Antony Blinken and Defense Secretary Lloyd Austin, have underscored this year that the United States does not support Taiwan independence. Their assurances are a part of a non-committal policy assiduously adhered to over decades to dissuade Beijing from an unprovoked attack and convince Taiwan to not make a formal independence declaration. In Washington parlance, it is known as "dual deterrence."
But Biden told CBS "60 Minutes" that while he is not encouraging the move, such a decision was up to Taiwan. "Taiwan makes their own judgments about their independence. We are not encouraging their being independent. That's their decision," Biden said.
The president's critics argue China will perceive his comments as tacit support for an independence declaration, a redline for Beijing. They also say Biden's comments are more likely to aggravate hostilities than overt defense commitments since Beijing already likely assumes Washington will defend Taiwan.
"It is incoherent to argue that America's Taiwan policy has not changed while also claiming that the U.S. has a commitment to fight for Taiwan and that Taiwan makes its own judgments about independence," said Craig Singleton, a China policy expert at the Foundation for Defense of Democracies. He added Beijing will likely worry that Biden is suggesting Taiwan can decide itself whether it is independent.
White House Indo-Pacific coordinator Kurt Campbell told a forum on Monday the president's remarks "speak for themselves" after some Republicans, including Senator Ben Sasse, praised the president's comments but slammed the White House for walking them back. "The President directly affirmed the United States' longstanding one China policy," said Adrienne Watson, a spokesperson for Biden's National Security Council.
Biden also garnered support from some U.S. allied countries, such as from the visiting speaker of Lithuania's parliament, Viktorija Cmilyte-Nielsen, who told Reuters that Biden's comments were "meaningful and timely."
"I think it's a strong statement and it's definitely a welcome tone," she said.
Taiwan's Foreign Ministry responded to Biden's remarks by expressing its "sincere appreciation" for his staunch support of the island.
China's Washington embassy spokesperson Liu Pengyu said the United States should not send the wrong signal to Taiwan's separatist forces lest it risk undermining peace across the Taiwan Strait and China-U.S. relations.
Jude Blanchette, a China expert at the Center for Strategic and International Studies think tank, said Biden's remarks confused rather than clarified U.S. policy. "One issue where the precision of language is paramount is the discourse on our Taiwan policy," Blanchette said.
"If we are going to make a fundamental policy shift that we are going to defend Taiwan even if they declare independence, then that's one that deserves a more robust discussion than everyone being informed on a 60 Minutes interview," he said.