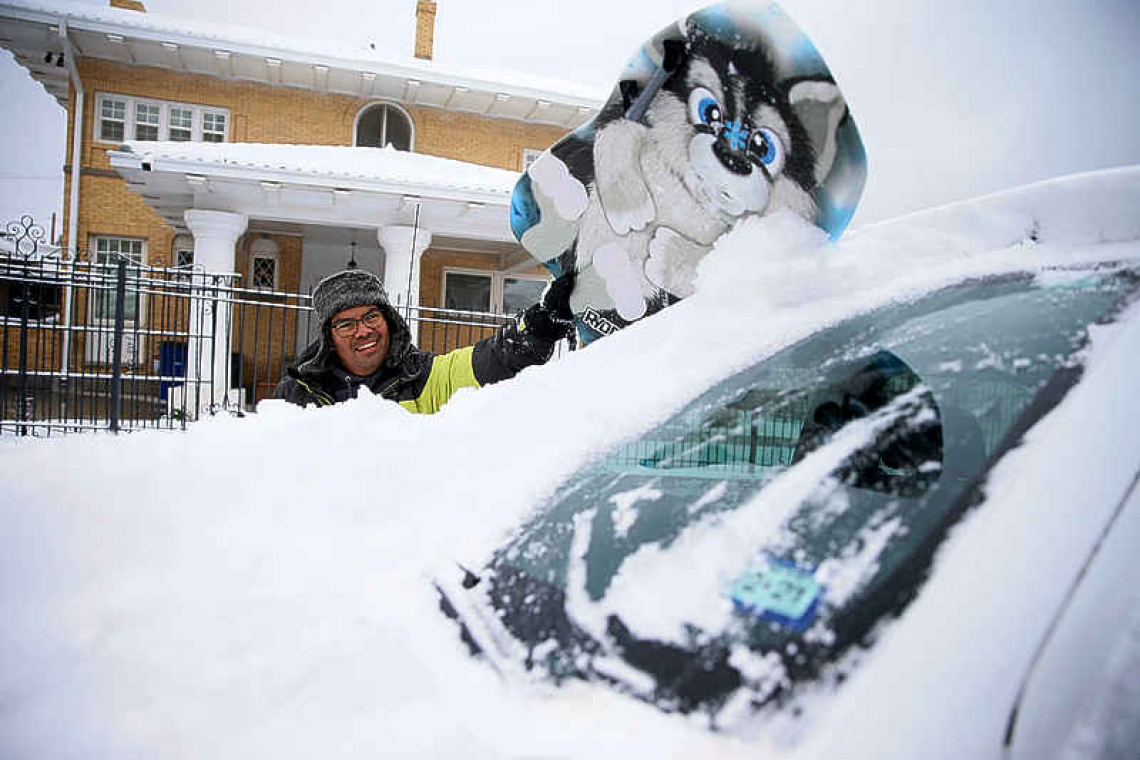 DALLAS--A rare deep freeze in Texas that raised demand for power forced the U.S. state's electric grid operator on Monday to impose rotating blackouts that left nearly 3 million customers without electricity.
The cold snap sweeping Texas reached the northern part of neighbouring Mexico as well, where authorities said 4.7 million users lost power early on Monday. Around midday, service had been restored to almost 2.6 million of them.

The PowerOutage.us website, which tracks power outages, said 2,820,764 Texas customers were experiencing outages around 2 p.m. CST. President Joe Biden declared an emergency on Monday, unlocking federal assistance to Texas, where temperatures on Monday ranged from 28 to minus 8 degrees Fahrenheit (minus 2 to minus 22 Celsius).
"The Texas power grid has not been compromised. The ability of some companies that generate the power has been frozen," Texas Governor Greg Abbott wrote on Twitter on Monday. "They are working to get generation back on line."
Houston's George Bush Intercontinental Airport said it would remain closed until at least 1 p.m. CST on Tuesday while the city's Hobby Airport ceased operations until at least noon on Tuesday due to the inclement weather. The freeze also took a toll on the energy industry in Texas, by far the country's largest crude producer, shutting oil refineries and forcing restrictions from natural gas pipeline operators.
Apart from Texas, much of the United States was in the grip of bone-chilling weather over the three-day Presidents Day holiday weekend. The National Weather Service said an Arctic air mass had spread southwards, well beyond areas accustomed to freezing weather, with winter storm warnings posted for most of the Gulf Coast region, Oklahoma and Missouri.
In Louisiana, where freezing temperatures also prompted power outages and road closures, some parishes imposed curfews to keep residents off the road.
The Electric Reliability Council of Texas (ERCOT) sought to cut power use in response to a winter record of 69,150 megawatts (MW) on Sunday evening, more than 3,200 MW higher than the previous winter peak in January 2018.
About 10,500 MW of customer load was shed at the highest point, enough power to serve approximately two million homes, it said, adding that extreme weather caused many generating units across fuel types to trip offline and become unavailable. "Controlled outages will continue through today and into early tomorrow, possibly all of tomorrow," Dan Woodfin, director of systems operations at ERCOT, said at a Monday briefing.
The storms knocked out nearly half the Texas wind power generation capacity on Sunday. Wind generation ranks as the second-largest source of electricity in Texas, accounting for 23% of state power supplies, ERCOT estimates.
Of the 25,000-plus MW of wind power capacity normally available in Texas, 12,000 MW were out of service on Sunday morning, an ERCOT spokeswoman said. An emergency notice issued by the regulator urged customers to limit power usage and prevent an uncontrolled systemwide outage. The spot price of electricity on the Texas power grid spiked more than 10,000% on Monday.
Due to the extreme cold across the region where it operates, Arkansas-based Southwest Power Pool said in a statement it had directed member utilities to implement rolling blackouts. "In our history as a grid operator, this is an unprecedented event and it marks the first time SPP has ever had to call for controlled interruptions of service," executive vice president Lanny Nickell said.