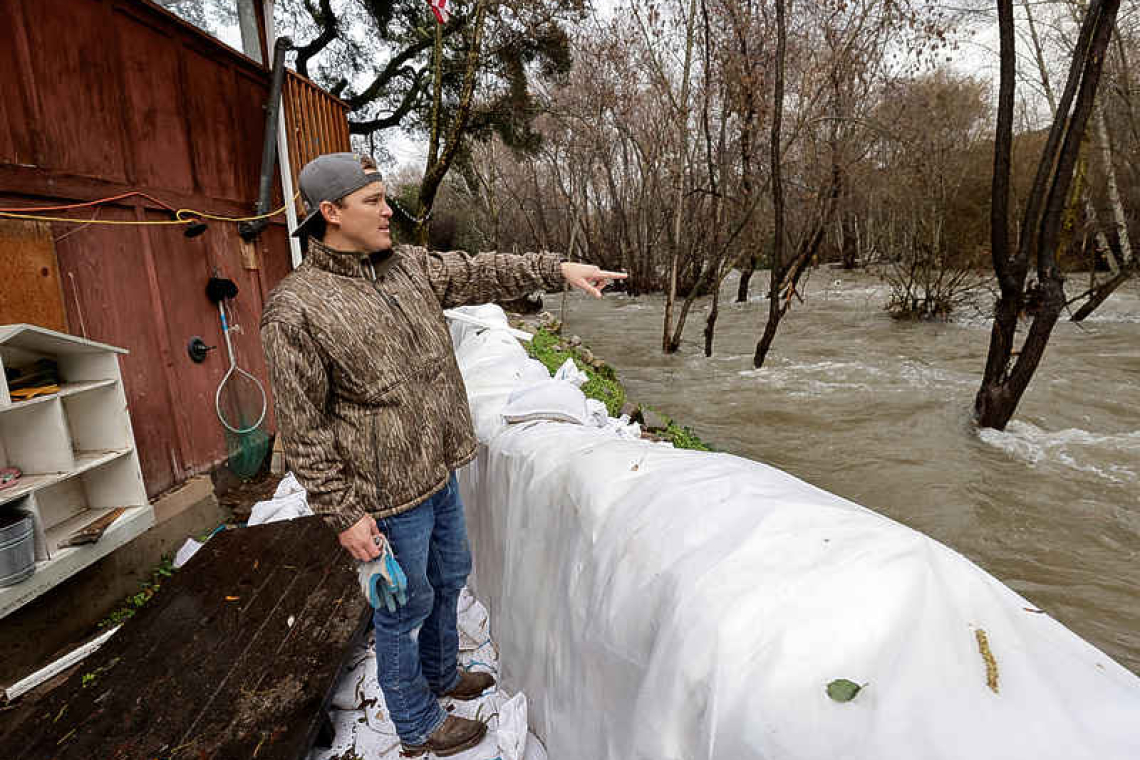 SAN FRANSISCO--The parade of atmospheric rivers that have doused California for three weeks finally faded on Monday, enabling some evacuees to return home and the state to concentrate on repairing the damage to washed out roads, breached levees and downed power lines.

The nine consecutive rainstorms that pounded California in succession since Dec. 26 killed at least 20 people while tens of thousands remained under evacuation orders as of Monday, Governor Gavin Newsom said in an executive order that reinforced the state's response to storm damage.
"The last of the heavier rain in California is slowly fading. After midnight it shouldn't be heavy anymore," said meteorologist David Roth of the National Weather Service's Weather Prediction Center.
While damaging, the storms also helped mitigate a historic drought, as much of the state has already received half or more its average annual rainfall. But with more than two months to go in the rainy season, officials are urging Californians to continue conserving water as the U.S. Drought Monitor still puts almost the entire state under moderate or severe drought conditions. Reservoir levels were still below average for this time of year, officials said.
Moreover, the atmospheric rivers largely failed to reach the Colorado River basin, a critical source of southern California's water. "If you rely on the Colorado River basin as a part of your water supply, then there will be continuing drought problems due to the extreme drought in that part of the world," Michael Anderson, California's state climatologist, told reporters.
The Colorado's two major reservoirs, Lake Mead and Lake Powell, were at 28.5% and 22.6% of capacity, respectively, and still below levels from this time a year ago according to Water-Data.com.
The ninth consecutive atmospheric river fizzled out on Monday, its remnants soaking the southernmost part of the state, Arizona and northern Mexico, Roth said. The storms are akin to rivers in the sky that carry moisture from the Earth's tropics to higher latitudes, dumping massive amounts of rain.
Another storm was coming that could bring moderate rain on Tuesday and Wednesday. The U.S. National Weather Service said it lacked the volume to be classified as an atmospheric river, while the state Department of Water Resources said it may briefly qualify as one.
Otherwise California can expect dry conditions for the remainder of January, state officials said.
Even so, forecasters warned mud and rockslides are possible in canyons and steep hills as the ground is saturated after three weeks of rain and snow. Some rivers had yet to crest, posing flood threats. Local and state emergency declarations remained in effect many counties.