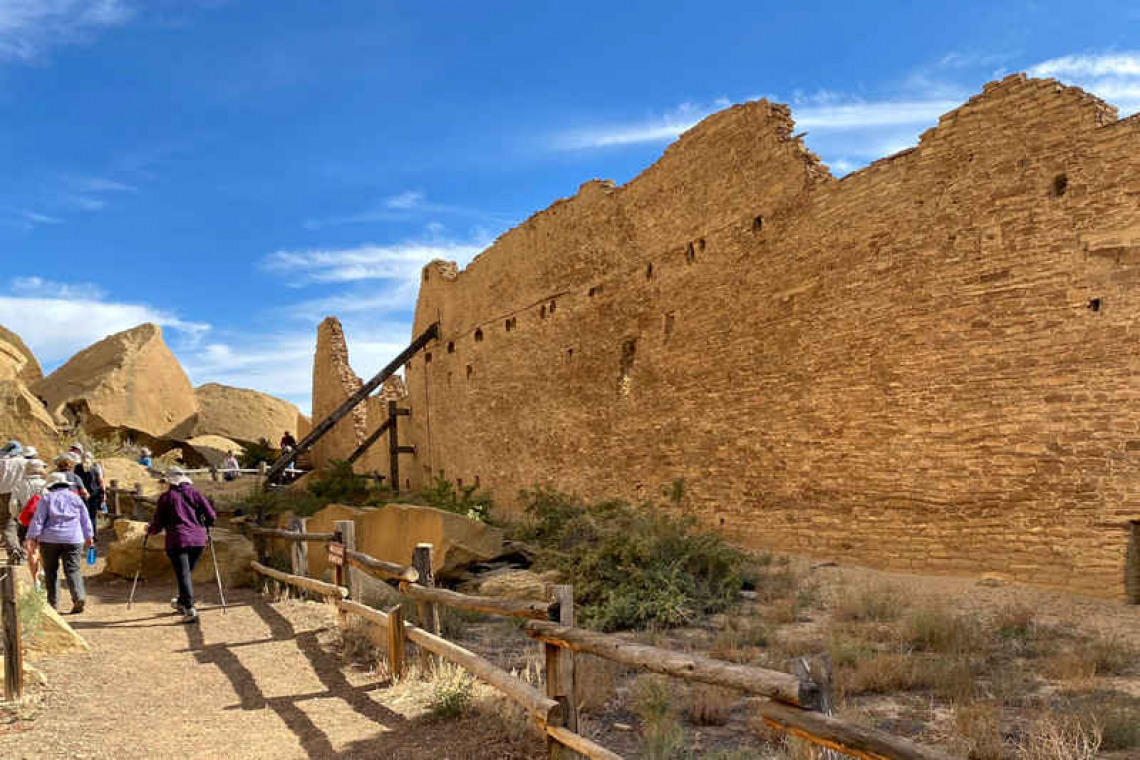 WASHINGTON--U.S. President Joe Biden on Monday announced a step toward prohibiting oil and gas development outside the boundaries of the Chaco Culture National Historical Park as part of a Native American tribal summit he is hosting.

Biden also signed what he called a "long overdue" executive order aimed at improving public safety and justice for Native Americans, flanked by U.S. Attorney General Merrick Garland, Interior Secretary Deb Haaland and other Cabinet members. Representatives from 570 tribes are expected to participate in the event, which is being held virtually because of the pandemic.
The Democratic president, newly returned from the COP26 UN climate conference, said he and more than 50 Native Americans serving in senior roles in his administration would "take action to protect the greater Chaco landscape from future oil and gas" leasing as part of a broader push to protect tribal lands.
"We have to continue to stand up for the dignity and sovereignty of tribal nations," he said.
Biden added that the $1 trillion infrastructure bill he signed later on Monday includes a record $13 billion for tribal infrastructure that he said had been chronically underfunded for generations.
A separate $1.75 trillion social spending bill still working its way through Congress would provide further help for tribal communities, including record funding to combat climate change, Biden said. He told reporters after the event he remained confident the measure would eventually pass.
Tribes have long called on U.S. officials to ban drilling in the area, a center of ancestral Pueblo culture in the Southwestern United States. The White House said the Department of the Interior will "initiate consideration of a 20-year withdrawal of federal lands within a 10-mile (16-km) radius around Chaco Culture National Historical Park, protecting the area from new federal oil and gas leasing and development." The proposed action would not apply to individual Native American allotments or to minerals within the area, it said.