US bishops' advisory group believes communion should not be partisan 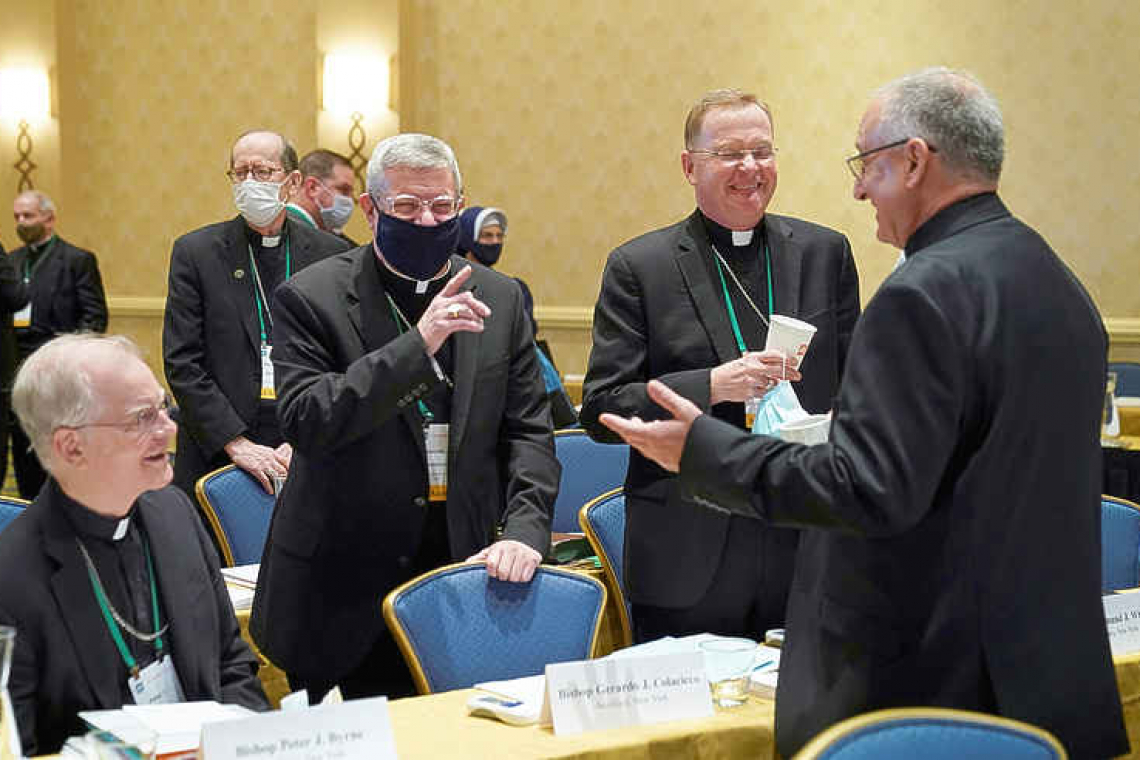 BALTIMORE, Maryland--An advisory group to U.S. bishops urged the Catholic leaders on Tuesday to avoid making communion "a tool for division" amid debate over whether President Joe Biden's support for abortion rights should disqualify him from receiving the sacrament.

Gathered in a Baltimore hotel ballroom, the bishops' conference on Tuesday was presented with a draft of a document about the meaning of Holy Communion, a sacrament central to the faith. The bishops have been divided over how explicitly the document should define the eligibility of prominent Catholics like Biden to receive communion due to political stances that contradict church interpretation.
Biden, the first Catholic U.S. president since John F. Kennedy, has said he personally opposes abortion but supports a woman's right to choose. He has vowed to protect abortion rights in the face of increasingly restrictive laws enacted by states. Last month, his administration called on the Supreme Court to block a Texas law that bans abortions after six weeks.
The bishops are expected to debate the communion document and take a vote on Wednesday. The document needs a "yes" vote from two-thirds of the conference to pass.
The U.S. Conference of Catholic Bishops' National Advisory Council, a body made up of laypeople and clergy, reviewed the document draft. The council holds the position that the Eucharist should not be politicized, council chair Mark Sadd told the bishops on Tuesday.
"We are united in our conviction that the Eucharist cannot be a tool for division, the Eucharist cannot be ideological, the Eucharist cannot be partisan," Sadd said.
The conference has not made the draft document public. A version of the draft published by the Catholic newsletter The Pillar does not mention Biden or any politician by name, but states that "people who exercise some form of public authority have a special responsibility to embody the church." It says Catholics who live in a state of "mortal sin" without repentance should not receive communion, but does not say who should sit in judgment.
"It was never the intention to target any individual or group of individuals," Bishop Michael Burbidge of Arlington, Virginia told reporters on Tuesday. "This is a document that is reaching out to all Catholics."
Archbishop Jose Gomez, the conference president, said he felt the document was "absolutely necessary" and intended "to educate Catholics about the real presence of Jesus in the Eucharist."
Some conservative bishops have argued the conference must rebuke politicians such as Biden who support abortion rights, given the church teaches that abortion is immoral. That contingent has called for the document to set explicit standards of eligibility for receiving the sacrament.
Others have cautioned against weaponizing the Eucharist and withholding it as a means of punishing specific political stances. Some 55% of U.S. Catholics believe abortion should be legal in all or most cases, compared to 59% of the general population, according to a Pew Research survey conducted in April.