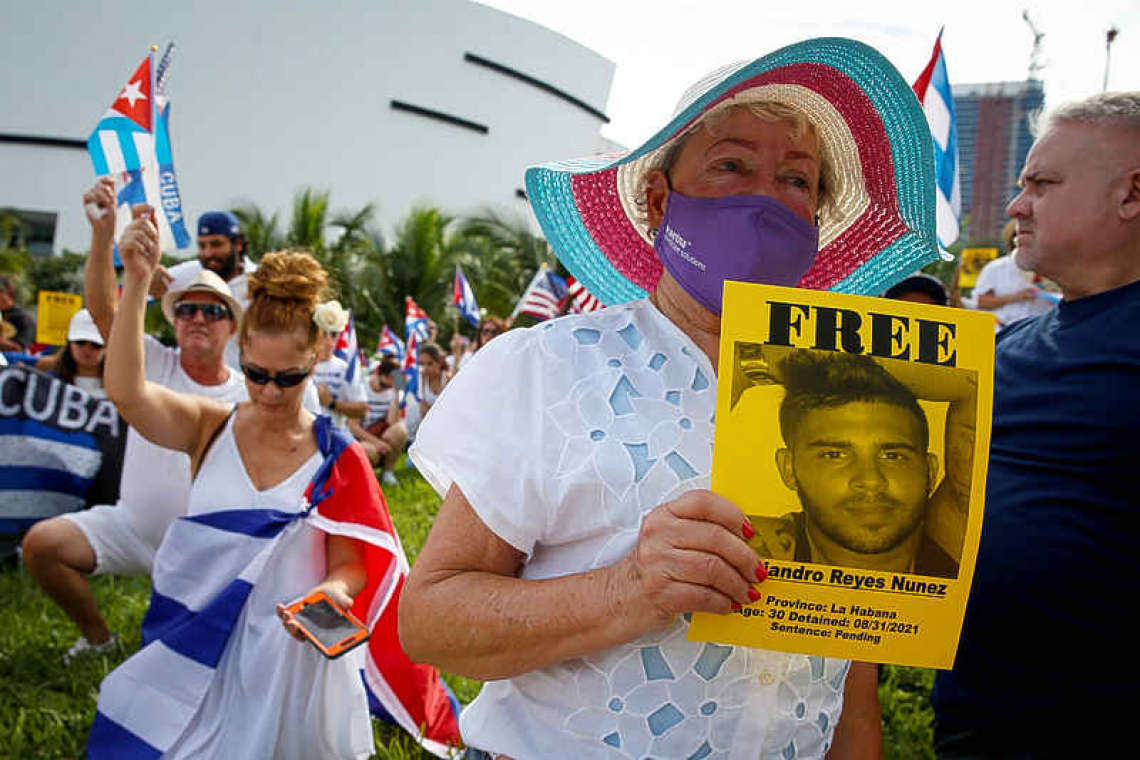 MIAMI/HAVANA--Cuban Americans in Miami held rallies and led prayers on Sunday to support dissidents on the Communist-run Caribbean island who plan to hold protests this week to push for greater political freedoms and demand the release of jailed activists.

Dissidents in Cuba have for several weeks been preparing a "Civic March for Change" following nationwide protests in July, the largest on the island since Fidel Castro's 1959 revolution. Rights groups say more than 1,000 people were detained following those rallies and hundreds remain in jail.
The government of President Miguel Diaz-Canel has prohibited Monday's march in Havana as well as protests planned for other Cuban cities, saying they are part of a destabilization campaign by the United States, which maintains a Cold War-era embargo on Cuba. U.S. officials have denied the allegations.
Demonstrators clad in white to show support for Cuban dissidents gathered in a park on Sunday in eastern Miami, and a collective prayer for the civil rights of Cubans was held later in the afternoon at Miami's Our Lady of Charity National Shrine, which honors the Roman Catholic patron of Cuba. “Today's activity is more than anything else moral support for our people ... to show them that they are not alone," said Niurka Prestamo, a 45-year-old realtor who attended the demonstration.
The rally in Miami took place around the same time as Yunior Garcia, a playwright and dissident leader, was expected to leave his house in Havana to march alone, with a white rose in hand, to underscore the non-violent nature of his movement. Garcia had said he would depart his home at 1 p.m. But nearly two hours later, it appeared he was still inside. Government supporters surrounded his house early in the afternoon, and had draped the building in Cuban flags, obscuring the view of Garcia's window from the street.