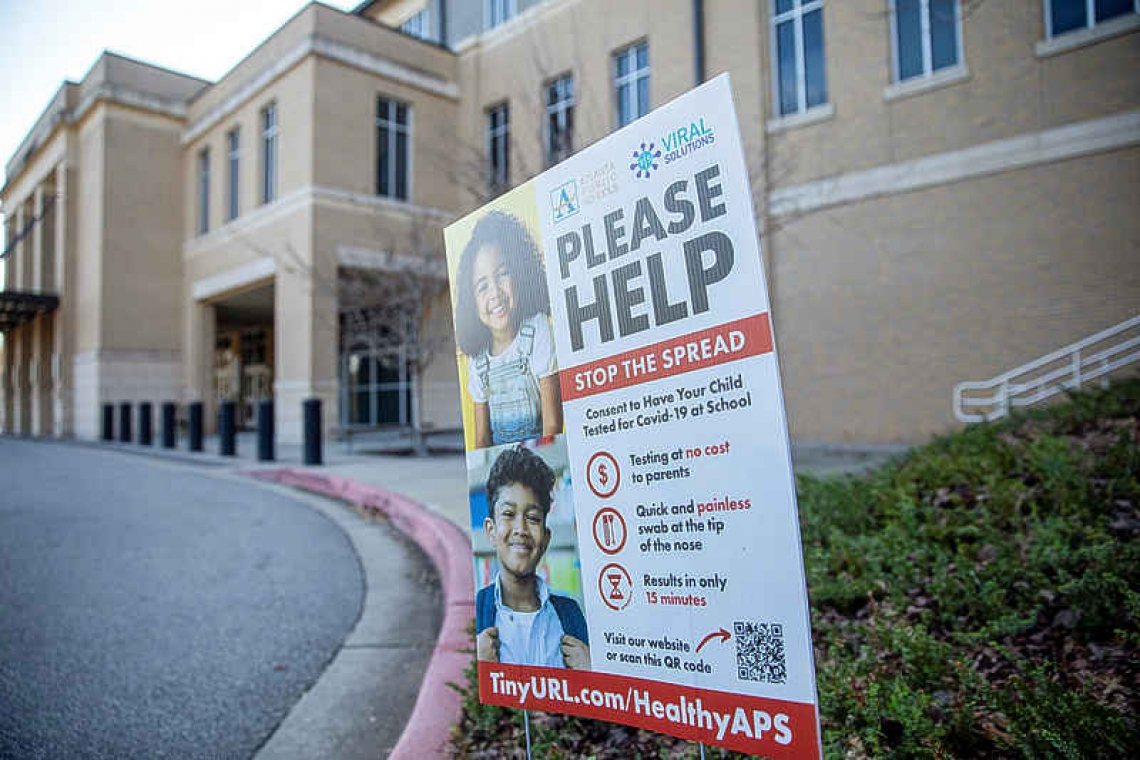 NEW YORK--Thousands of U.S. schools delayed this week's scheduled return to classrooms following the holiday break or switched to remote learning as the Omicron variant of the coronavirus pushed COVID-19 cases to record levels.

In other school districts, officials pressed on with plans to reopen, including in hard-hit New York City, where one of every three COVID-19 tests over the last week was positive for the virus, according to city data released on Monday. Nationwide, the country is averaging 18% of tests coming back positive, according to the Mayo Clinic.
New York City Mayor Eric Adams, who took office over the weekend, vowed to keep the nation's largest school system open despite the surging virus. The city's positivity rate was less than 3% a month ago, and rising infections have hampered the transit system, closed Broadway shows and forced businesses to delay office returns.
"We want to be extremely clear: the safest place for our children is in a school building," Adams said during a visit to an elementary school in the Bronx. Only one public school, P.S. 58 in Brooklyn, was closed on Monday due to lack of staff, a spokesperson for the city's education department said.
The speed of Omicron's spread has created a broadening sense of chaos in the first few days of 2022. The number of new COVID-19 cases has doubled in the last seven days to a record average of 418,000 a day, according to a Reuters tally.
Cities including Milwaukee, Cleveland and Detroit either implemented online instruction or canceled school altogether this week for tens of thousands of students, citing both staff shortages and Omicron concerns.
In New Jersey, which has seen some of the highest case rates in recent weeks, most urban school districts have implemented virtual classes to start the new year, including Newark, the state's biggest city. Anna Beale Smith, a mother of two in Atlanta, said she supports the decision to switch the city's public schools to remote learning this week. But she said she was frustrated that the district only announced its plans on Saturday, leaving some parents scrambling.
"I've been really disappointed and frustrated in the lack of communication and the lack of clear planning," said Smith, 41, who works in healthcare.
Nationally, there are more than 2,750 school closures so far this week, according to Burbio, a website that tracks school disruptions.
The Omicron variant appears to be far more contagious than previous iterations, but data suggests it may be less virulent than Delta, which swamped hospitals last year. During the last week, the number of hospitalized COVID patients rose 40%, up to 72% of the previous peak seen in January 2021, according to the Reuters tally. U.S. COVID-19 deaths have held fairly steady at 1,300 lives lost on average each day.
Still, the sheer number of cases has alarmed health officials with hospital systems in many states already strained. Maryland, Ohio, Delaware and Washington, D.C., are all at or near record COVID-19 hospitalization rates.
Staffing shortages and a snowstorm moving through the eastern United States created further travel woes, with more than 4,400 flights canceled on Monday worldwide, including nearly 3,000 U.S. flights, according to the tracking website FlightAware.