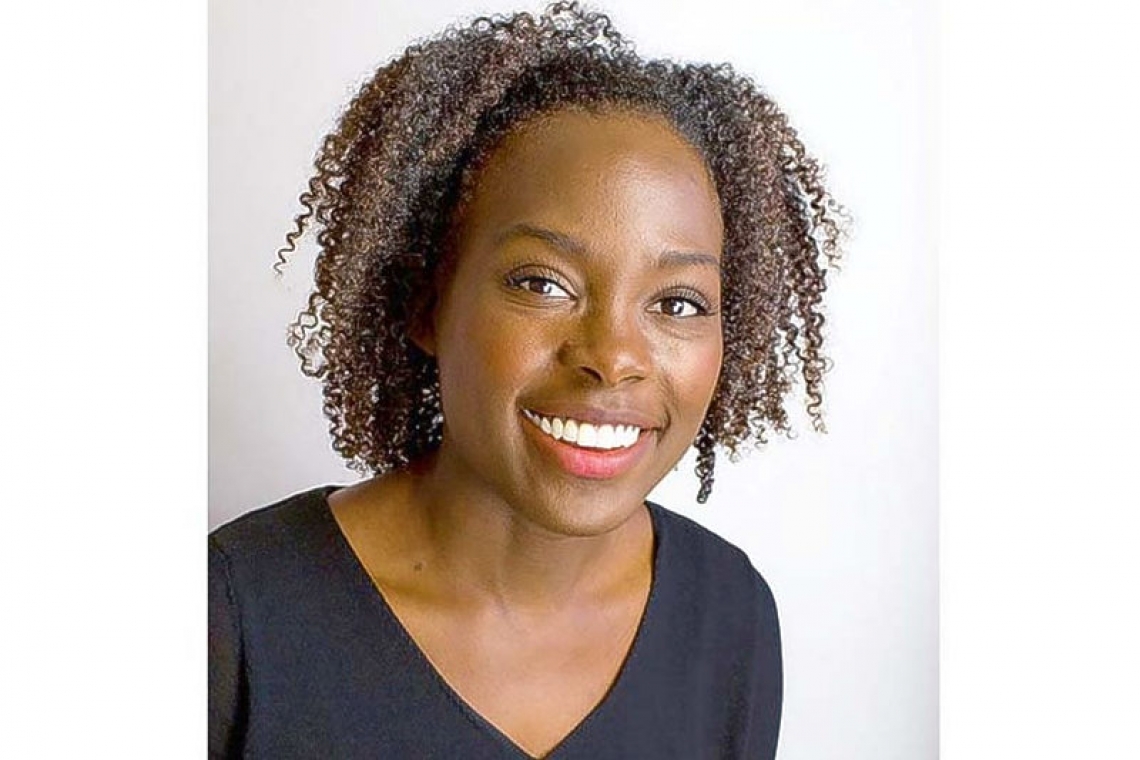 Editor’s note: As Coordinator of The Daily Herald’s ‘Weekender’, I often ask people for feedback on what they enjoy reading the most. ‘Just Being Funny’ is easily one of our best hits. I love Onicia’s witty observations that are both surprising and relatable. Congratulations on three years running!

ST. MAARTEN/CHICAGO – Award-winning humour columnist, Onicia Muller, celebrates the third anniversary of “Just Being Funny”. Just Being Funny (JBF), which is best described as chicken soup for the naive sceptic’s soul, debuted on February 11, 2017, in The Daily Herald’s ‘WEEKender’. Each entry is a wild ride with hilarious quotables and pop culture references.

This is Muller’s second long-running column for the newspaper. She says she is determined to keep JBF fresh and in circulation for at least five years. “If the people continue to love it, I’ll tap into my inner Tyler Perry and make Black history by running it for a really long time.”

According to Suzette Martinez Standring, a past president of The National Society of Newspaper Columnists (NSNC), 34% of columns run for less than five years. The average column lifespan is seven years.

“I was about six months into JBF when I realized I could run out of high-action adventures. So, I decided to switch gears by highlighting my observations and silly thoughts.” Muller’s comedy speaks to politically-active Millennials and Gen-Xers who identify as both righteous and ratchet.

Should her humour column run for seven years, Muller has to write 364 entries. “I’m not afraid of running out of ideas now that my storytelling and comedy skills are more fine-tuned. It’s easy to write 500 words on everyday misadventures like waxing my upper lip, hugging hobos, or fighting a Jamaican school girl for a library book.”

Onicia Muller is a prolific writer who works in a multitude of formats, including authoring humour cards for American Greetings.

In an interview for Rebellious Magazine’s Chi-Town Comedy Chat series, entertainment journalist Laurie Fanelli said about the St. Maarten-born comedian: "A ray of sunshine with a dark sense of humour, Onicia Muller knows how to weave a hilarious tale about the human condition with a thoughtfulness that demands deep consideration."

In 2018, she received IGNITE Caribbean's 30 Under 30 Caribbean American Emerging Leaders award for her work as a cultural influencer. That same year, Women In Comedy named Onicia as an "awesome Chicago female comic you should be following right now."

Early in her career, she opened for Majah Hype, the Caribbean King of Comedy. The Chicago-based Caribbean comedian has since been a featured act at several stand-up showcases including Chicago's top all-female comedy shows the Kates and Mother Cluckers.

Read all-new entries of ‘Just Being Funny’ every Saturday in The Daily Herald’s ‘WEEKender’ or subscribe to Onicia’s newsletter at OniciaMuller.com for a monthly dose of funny stories and stand-up comedy.