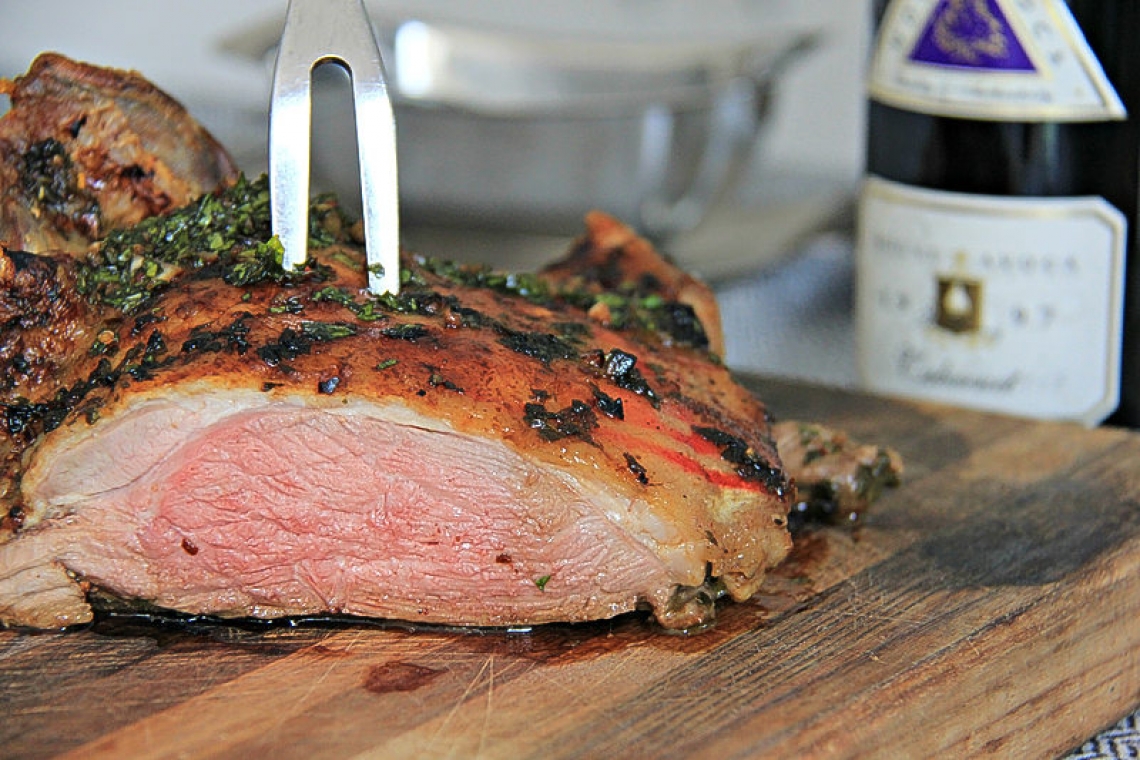 Diverse and indigenous cuisine brought by the many ethnic people to St. Maarten from all over the world piques our interest. To this end, we are on a quest to find where it comes from, if it is used for celebrations, if it is exotic to some but normal food to others. Anything to do with keeping the body and soul nourished with what is produced from good old terra firma is what makes the world go around.

The region at the foot of Argentina and Chile is known to be one of the very best places to hike – hike high into the mountains, see glaciers, untouched national parks and more mountains than one could deem possible. Hiking and camping in the great outdoors is not the only thing to enjoy in Patagonia these days. The food scene is ever growing and these days one can find many restaurants specializing in the foods of the region. The chefs/cooks prepare the dishes with love using plenty of the freshest local ingredients to be had. Lamb and fresh seafood feature high on the menus.

This part of South America has been inhabited for thousands of years. The history of the area is fascinating, the land harsh and unforgivable. Early explorers would have met with incredible wildlife, strange and wild people and breath-taking scenery.

There are records showing that people have inhabited Patagonia for the last 12,000 years, but not continuously. Historians say that the people were nomadic and moved around in groups. The area was often frozen over with large ice-fields (especially 2000 years earlier) so settling would have been tough, to say the least. Archaeological finds, like rock paintings in Argentina, date back to 8,000 BC. The Tehuelche people inhabited the area for at least 14,000 years before the arrival of Europeans and then they were all but wiped out by the 19th century.

These early inhabitants moved around from place to place hunting, eating meat and the using the bones, skins and feathers for their clothing and structures to live in. They moved in small groups, perhaps never more than 100, and hunted with bow and arrow. They had a societal hierarchy with a chief presiding.

Europeans brought with them cattle, horses, diseases and disaster for the indigenous people. However, the indigenous Tehuelche adapted learning to deal with these animals, riding and eating this new kind of meat. The Mapuche of southern Chile moved on into the region. There were many of these stronger people confronting the Europeans and today the great majority of Patagonian’s have Mapuche ancestry.

Ferdinand Magellan (the first man to be known to finish a circumnavigation) is said to be the one who discovered Patagonia in 1530. By the mid-1600s, Spanish Christian missionaries were already trying to build settlements; they tried for more than 200 years but did not have much success.

It took some 200 hardy Welshmen, women and children, who set out from Liverpool for Patagonia’s Chubut Valley, to settle the region in the mid-1800s. Over the next few decades, more and more immigrants arrived and they all helped in starting building settlements that became towns. Today, some of these towns are called Gaiman, Dolavon and Trevelin.

Interestingly, there are hundreds of thousands of Patagonians with traces of Welsh blood running in their veins. “Nearly 5,000 in the region can still speak Welsh. Bilingual schools and cultural centres, aimed at preserving this side of Patagonia’s history, are to be found.”

Farming became the mainstay of what were nomadic peoples. Sheep farming, cattle rearing, agriculture, mining, fishing and whaling became the backbone of the economy, but today it is the tourism that’s evolving that is bringing in Patagonia’s main income. The government is allowing foreign investment in Patagonia, and the result is that huge tracts of land are being sold to foreign investors.

Much of the land is being bought up and turned into protected reserves which are stopping the entire region from being exploited for mining and agriculture. However, there is the age-old concern that Patagonia’s indigenous people, the ancestral landowners, are being evicted from land they hold close to their heart. A problem found elsewhere in the world and one that is becoming a very real problem.

“Patagonia is a birder’s paradise, a trekker’s haven and a priceless treasure for anyone who loves to immerse oneself in pristine, unspoiled, dramatic and spellbinding nature. High peaks, amazing lakes, gargantuan glaciers and the best national parks in all of Latin America are there to be experienced, hiked, cruised and admired.”

On the food scene, one finds wild boar everywhere, although it is not native to Patagonia – wild boar was introduced at the turn of the 20th Century. Wild boar and lamb are now staple meats; wild boar can be prepared as one prepares pork. Don’t overcook wild boar because it can become rather tough. Smoked wild boar meat is considered a delicacy.

Slow-cooked lamb over an open fire – the charcoal giving the lamb a crispy skin and succulent meat that drops off the bone – is one of the best dishes you will find when traveling through this region. The sheep live high on the Patagonian Steppe, making the grass-fed meat lean and delicious.

Chocolate features high in the town of San Carlos de Bariloche. With Alpine architecture, it was settled by Austrian, German and Slovenian immigrants. The town holds a chocolate festival around Easter – there are multitudes of boutique chocolate stores to browse and taste in.

Calafate Berries/Magellan Barberries are dark blue-black berries native to Patagonia. These berries are used to make jam, sauces, mousses, ice cream and cocktails. The taste is a tart cross of blueberry, cherry and red grape. Delicious, unusual and really only found in Patagonia.

The Atlantic Ocean to the east and Pacific Ocean to the west means seafood in abundance. King crab makes plenty of appearances in stocks, chowder and steamed legs. What a fest to be had!

The Welch people have made an impact even to the afternoon tea rituals. Traditional Welsh afternoon tea with a selection of Welsh-inspired cakes and pastries and the added Argentinean twist is a must to be enjoyed.

Add to batter, alternating with the reserved rum.

Stir in nuts, raisins and fruit.

Bake 45 minutes. Check if cooked through with a skewer inserted into centre of cake – it should come out clean. If cake is not ready, return to the oven and check every 10 minutes.

Place icing sugar in a bowl.

Whisk in orange juice 1 TBL at a time until desired consistency is reached; icing should be slightly runny.

Drizzle over top of the cake.

Decorate with raisins and nuts.

Slow cooked lamb (adapted to roast in the oven)

5LB leg of lamb, bone in

Bottle in a glass jar, leave overnight in the fridge.

Cook for 1 hour 25 minutes for a medium-rare finish.

Baste lamb with the juices a few times during cooking.

When cooked, remove from tin.

Serve with extra chimichurri on the side.

Patagonian Polenta and Shrimp (use yellow or white polenta or grits)

Bring water and salt to boil.

Slowly add polenta to the boiling water in a steady stream, stirring with a wooden spoon all the time.

Reduce heat to low when all polenta is added.

Stir constantly until thick and pulling away from the side of the pot (+- 30 minutes for regular; 10-15 for quick cook polenta).

Stir, cover and set aside.

Add onion, cook until it begins to turn light brown.