This year, in September, Diana is not going to catch up with me on her birthday 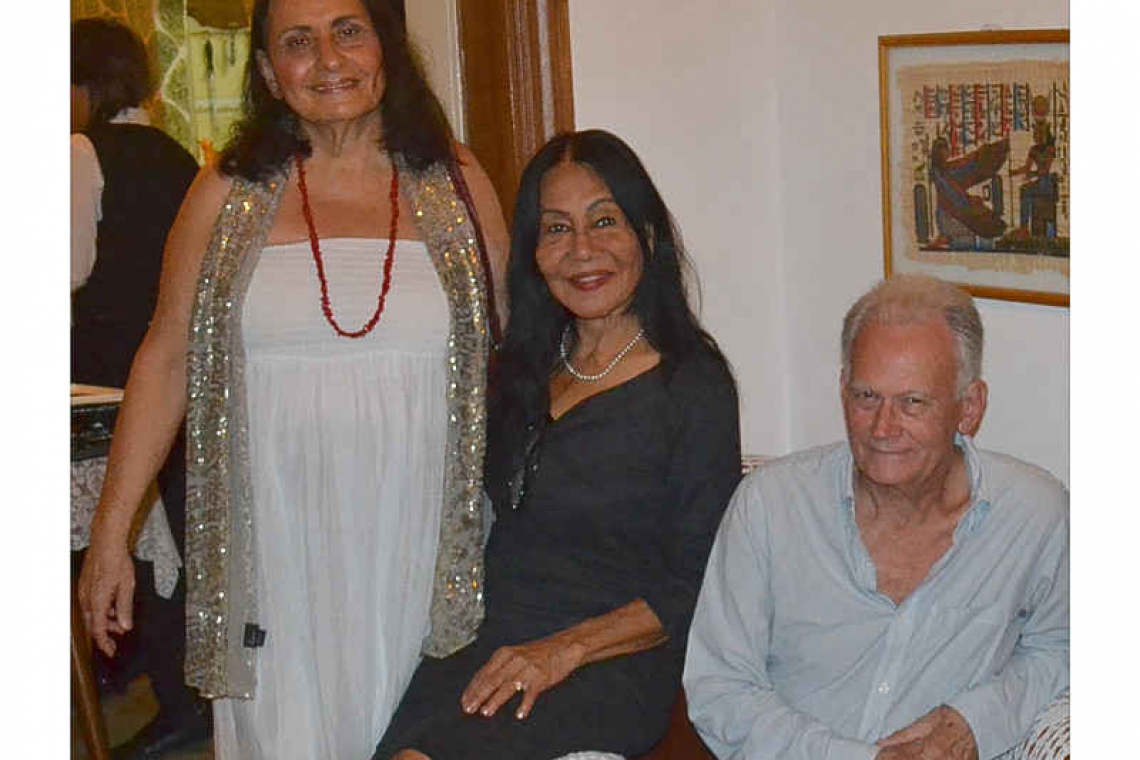 HAVANA, Cuba -- In the first half of the 1970s, the Curaçao couple Diana Lebacs and Pacheco Domacassé appeared in Havana, Cuba. Both were young musicians and writers, she an actress and he a theatre director.

We established such a partnership – initially based on my interest in the literature of the Dutch territories in the Caribbean – that shortly afterwards Diana began to send me (in her own handwriting) bio-bibliographies of authors close to them, and of the published writers that I had requested information about, to expand the wealth of information I had access to at that time.

These mailings and correspondence were related to an overly ambitious plan for an encyclopaedic dictionary that would make the writers of the Greater Caribbean visible. But due to its size and lack of resources, the voluminous book project could not be completed. One of the contributors, who wrote a number of articles on Cuban writers, was Raúl Hernández Novás.

As a consequence of our ties, in 1976 Pacheco participated in a Meeting of Caribbean Writers in Havana. Although our exchanges continued by post, it was not until the end of the 1990s that we met again during my brief visit to Curaçao.

After Diana and I discussed the idea, it became a dream for both of us. She assumed her part of the task spontaneously, with the dynamism and youthful passion with which she undertook all work for the culture of Curaçao.

The elegant and passionate lady, a winner of important literary prizes, invited to countless cultural activities, with many published books, never abandoned our dream of the encyclopaedia of Caribbean writers.

Diana also recruited the writer Hilda de Windt-Ayoubi, and they created an advisory committee. The committee held numerous meetings, of which they sent me minutes with questions, clarifications, doubts, and proposals.

My project was presented to the Prins Bernhard Culture Fund Caribbean Region, and in 2019, that institution granted a financial subsidy to expand the research to be carried out in the six islands concerned: Aruba, Bonaire, Curaçao, Saba, St. Eustatius, St. Martin (Netherlands part).

Amid the COVID-19 pandemic, with the impossibility of traveling to the islands, the research has been slowed down, but not abandoned. All the people committed to the literary project have maintained an interest in completing the Dictionary, imbued by Diana’s immeasurable energy.

When Hilda called me early in the morning of July 12 with news of Diana’s passing the previous day, she also told me that Diana used to visit her to brainstorm about advancing the literary research project – something that I intuited from a distance.

I understand that the linguistic complexity of the Caribbean region means that some of my friends on Facebook are unaware of many of its writers. That is why my tribute to Diana has focused generally on her perseverance towards the Dictionary that we longed for together – a dictionary that will also include a more updated version of the article I wrote about her for the Dictionary of Caribbean and Afro-Latin American Biography (Oxford University Press, 2016).

Be assured, we will continue to dream of the project that you cherished as our own, Diana. Wherever you are, receive my immense love and respect.

Works by Diana Lebacs in Papiamentu and Dutch