This Harvest Moon is sure to dominate: Looking up at the Nightsky 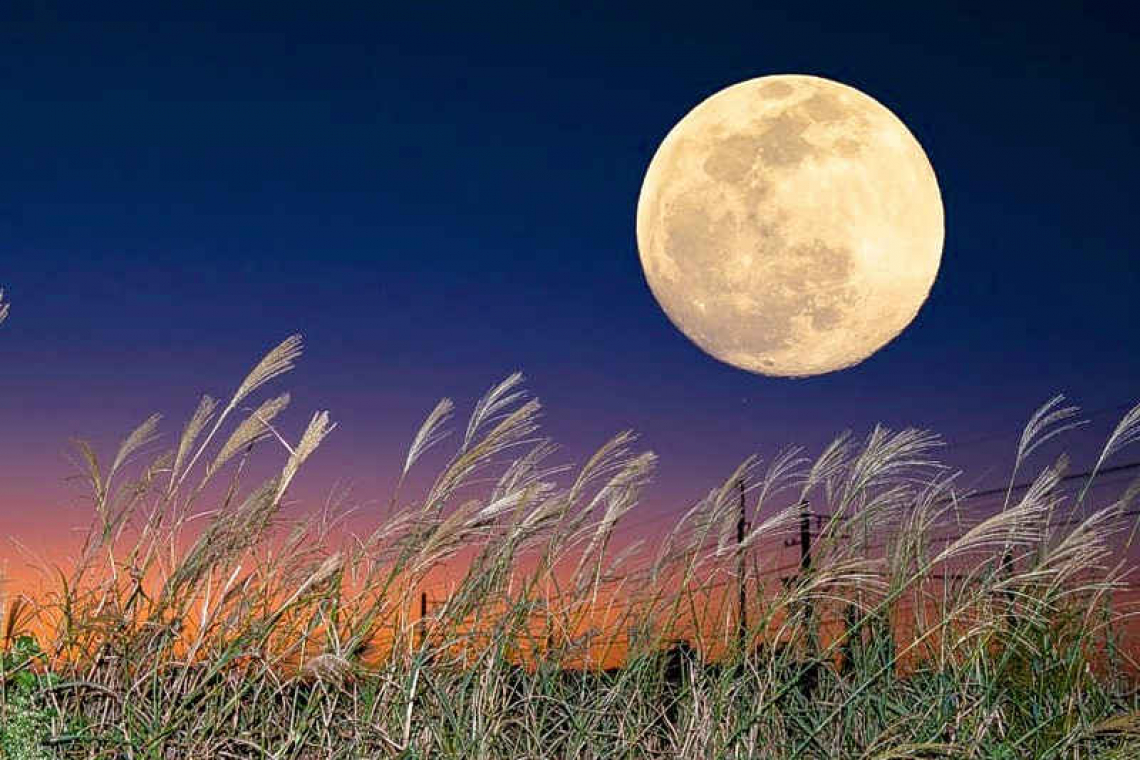 This weekend, the full moon rises in the east as the beacon of autumn. It is time again for the Harvest Moon, famed in song and legend, inspiring us to indulge in a moon dance or be followed by a moon shadow. Harvest the grain, fruit and vegetables that were planted in the spring and lovingly cared for all summer. Fill the coffers and make some jam to brighten the winter months! Feast while you have abundance, it’s time to dine!

This Saturday night is the official full moon, though it will likely appear full all weekend. On Saturday, note the moon’s position, on a straight line between two planets – Jupiter below and to the left of the moon, as together they rise and quite a distance, Saturn above and to the right. By Sunday night, the moon will have dropped to just below Jupiter.

As we enter the autumn months, you may notice that the sun is rising a bit later each week and also setting earlier. In other words, the daylight hours are diminishing and the dark hours are lengthening, and so it goes. Seasons are inevitable, even here in the tropics, we are a part of the shifting patterns. It is all a result of the earth’s tilt on her axis, as the planet revolves around the sun in the annual orbit, the tilt causes the northern hemisphere to point towards the incoming sunlight in the summer and away from it during the winter months. Autumn is the pivot point, the transition and a time of cooling down.

This Harvest Moon is sure to dominate the night sky all weekend, causing all but the brightest stars and planets to be lost in the brilliant glare of moonlight. On Saturday, follow that same imaginary line from Jupiter to the moon to Saturn and continue upward to reach the constellation Sagittarius the Centaur. Recall the star pattern resembles a teapot and it sits in our sky right next to Scorpius with its bright reddish star, Antares. Those rising early in the predawn hours will have a great view of Canis Major, the Big Dog, rising in the east, with its bright star Sirius. Orion the Hunter will be there, too – another signal of shifting seasons, the winter suite of constellations, creeping back into the night sky where we will have long nights to admire their beauty.