The half-circle moon hangs gracefully above the southern horizon: Looking up at the Nightsky 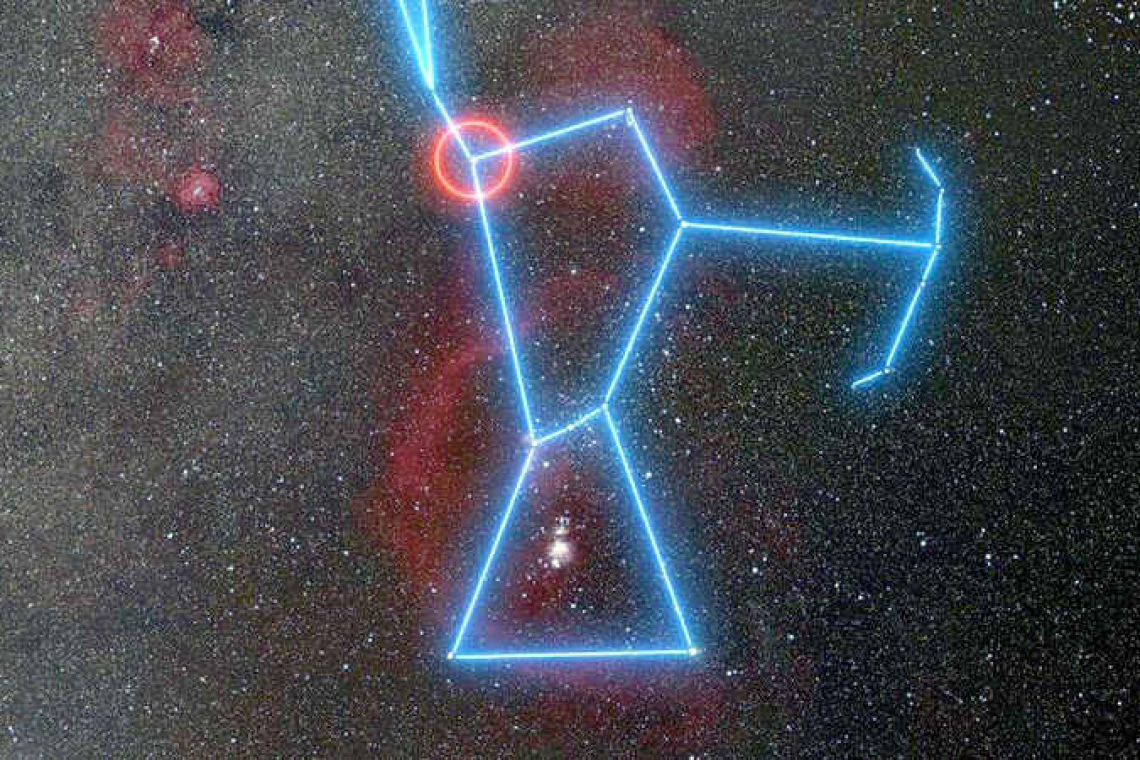 This weekend, we are blessed to enjoy a nearly perfect half-circle moon hanging gracefully above the southern horizon just after sunset and slowly drifting westward throughout the evening hours. Look for moon-set around midnight, and perhaps take the early morning hours to enjoy the star strewn sky devoid of moonlight. Just as the moon sets in the west, turn around and look for the “Seven Sisters” – a cluster of tiny jewel-like stars that are technically part of the constellation Taurus the Bull. This weekend, the planet Mars will be between Taurus’ V-shaped horns and the Seven Sisters, officially known as the Pleiades.

If you’re familiar with the famous constellation Orion the Hunter, which rises about one hour after the Pleiades, you can use his three-star belt to help you find the Pleiades. Draw an imaginary line through the belt stars towards the V-shaped Face of Taurus. The bright star in the V is Aldebaran, the eye of the bull. Extend your imaginary line just a bit past Aldebaran, and there you’ll see the Pleiades cluster, which marks the Bull’s Shoulder.

The Pleiades star cluster is visible from virtually every part of the globe. It’s seen from as far north as the North Pole and farther south than the southernmost tip of South America. It looks like a tiny misty dipper of stars. The blue-tinged mistiness of the seven sisters is because they are a group of stars just emerging from their gas and dust filled nebula, they are very young and still being created.

Use binoculars to study the Pleiades and also take a look at Mars. This weekend, you might just focus in on the Red Planet and find a moon or two. Deimos will be at Mars’ upper right and Phobos will be just next to Mars on the opposite side. Mars itself will appear as slightly egg-shaped, as the sun will be lining on its lower left portions, leaving the upper right parts in the dark.

As Orion rises, take a moment to ponder the bright star Betelgeuse. This star, whose name sounds like “beetle juice,” marks Orion’s shoulder. Betelgeuse is literally trembling with excitement – and so are astronomers who study this red supergiant of a star, because it’s due to explode, perhaps past due! If Betelgeuse does do a super nova explosion, it will light the night sky for days, even being visible during the daylight hours. Mankind has never witnessed a super nova of this magnitude. By the way, Betelgeuse is way bigger than our sun: If you put it where our sun sits, it will be as big as the orbit of Jupiter! Go ahead; say its name three times fast – I dare you!