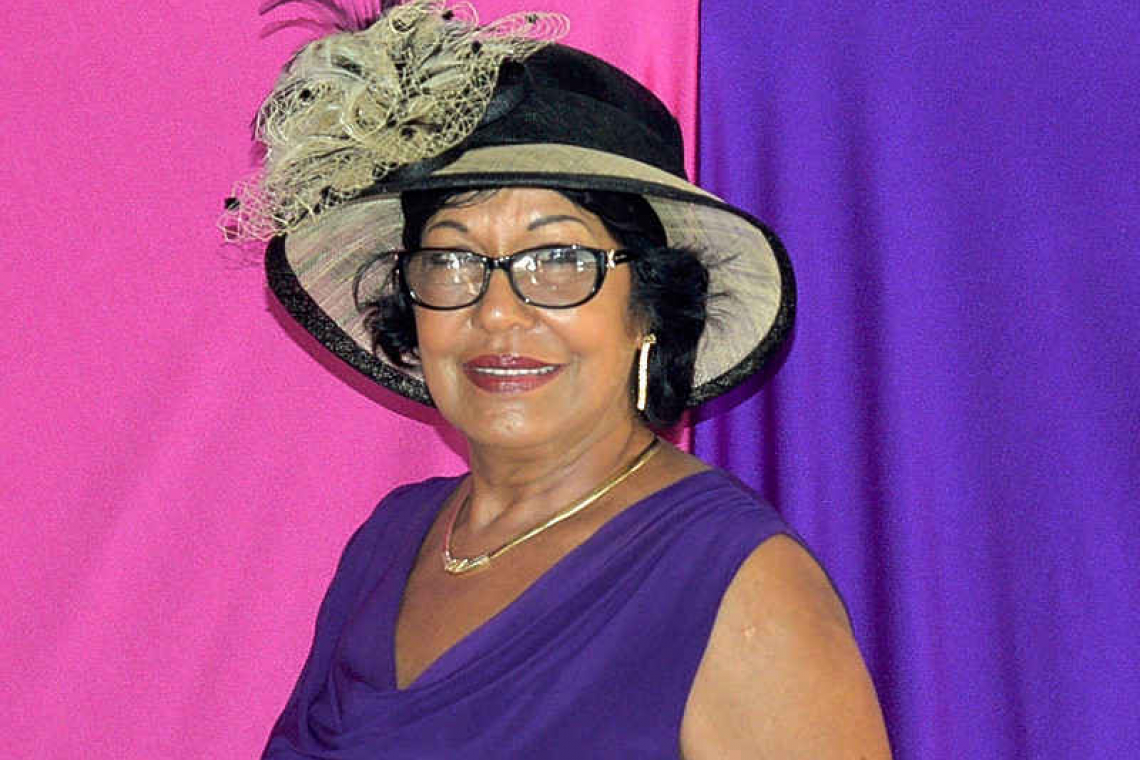 Asha is never one to say "no" or not look for a solution. She has a heart so big she can give so much love, care and affection and use that same hand to guide firmly and decisively. Asha is not only a member of Island Gems Charity Foundation; she is connected to many worthy causes including her role as co-founder of Protestant Christian Education in the Windward Islands (FPCEWI). This illustrates the kind of lady Asha is.

In 1968, there were no funds available to build a Protestant Christian school on Sint Maarten. When land became available for a school in St. Peters, Asha and her then husband, the late Mr. Helmich Snijders, took a second mortgage on their house to finance the school construction. When construction started in 1974, 55 students were already registered, so for the first year, classes were held at the Youth Centre and the Brown House in St. Peters. Asha filled the roles of both school principal and sole teacher of all students until the following year when help arrived.

The newly constructed school, named St. Peters Hillside School, opened its doors in 1975 with four classrooms. A new principal from the Netherlands and two teachers were soon added to the staff. Fast forward to present times. In 2010, the Government of St. Maarten awarded the school board an additional facility in Cay Hill, which would provide 16 new classrooms and space for Early Childhood Education. Funding for this project was provided by USONA [former executive organisation of the Dutch funding agency SONA – ed.].

As construction was nearing completion in 2012, Principal Sprott proposed to the School Board that the two campuses be named separately after the two founders of the schools. Shortly before the schools opened for the 2012-2013 school year, the St. Peters Campus was renamed the Helmich Snijders Hillside Christian School and the Cay Hill Campus the Asha Stevens Hillside Christian School. The language of instruction at the Asha Stevens Campus is English, and Dutch is taught as a subject. The language of instruction at the Helmich Snijders Campus is Dutch and English is taught as a subject.

Give some examples of activities or projects that she has participated in to make your organization more effective.

Aside from her role as an educator, Asha joined the Island Gems more than a decade ago and has made a mark. She has helped to raise funds that aid the many community projects Island Gems supports on both the Dutch and French sides of the island. Island Gems is the only charity that supports projects on both sides of the island. The all-women Island Gems does not give cash to qualifying organisations. Instead, the foundation purchases equipment or services with longevity or that can serve numerous people over time.

What are her best qualities that help to make your organization a success?

Funding for projects and donations is raised via the charity's annual costume gala and silent auction. This is where Asha excels. She is very determined and her charm and wit allows no one to deny her. She promotes the work of Island Gems and encourages others to support the silent auction with items and/or to buy tickets. And, don't try to argument, because Asha would fix you with her enthralling smile and sweetly plead: "It's for our island. Come on, we can do this!"

Contact: Island Gems President Alita Singh by phone at +1 721 553-8372, email This email address is being protected from spambots. You need JavaScript enabled to view it., or Facebook @IslandGemsCharity.