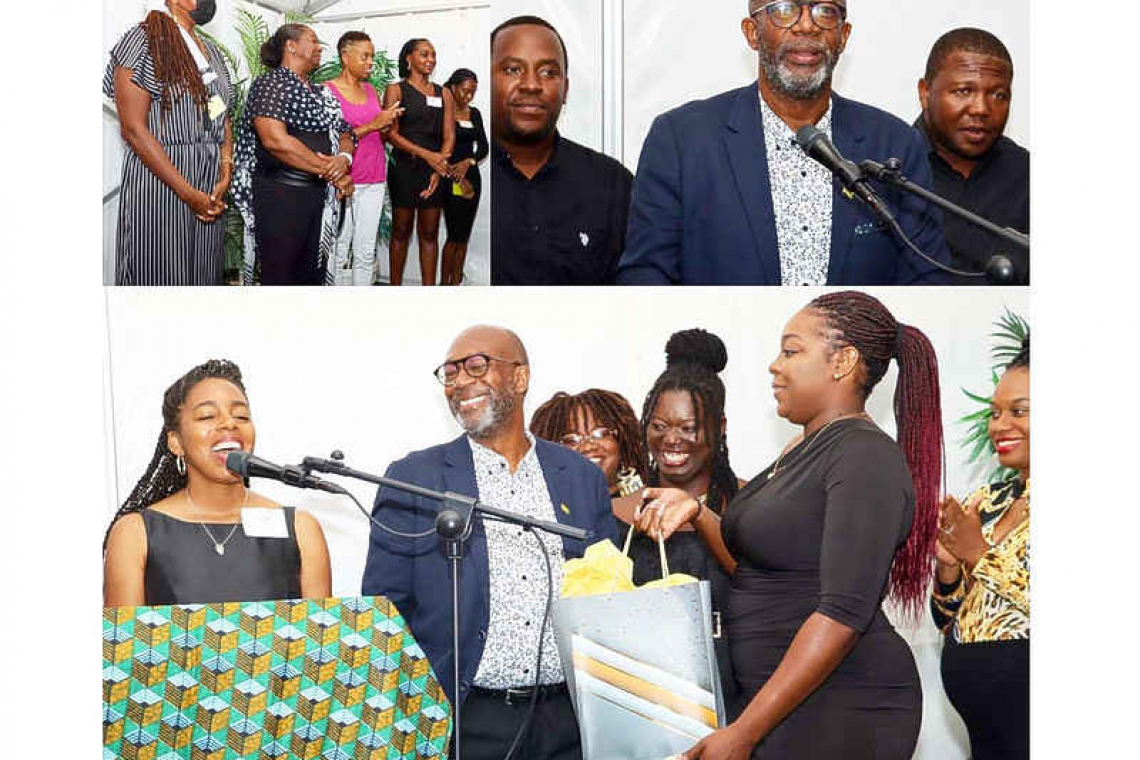 ~ A Review, by Michael McMillan ~

From being relatively invisible, Black writers in Britain have over the past five decades become more visible in the lists of mainstream publishers, on bookshelves in shops and libraries, on the shortlist for literary prizes, on the judging panels, and at book fairs.

For this level of success, it would appear as if we have had to let go of cultural institutions led by, about, with, and for us. I’m thinking here of Black-led publishers, Black-run bookshops (New Beacon bookshop was recently saved from closure with Black community support), and book fairs, in particular the International Book Fair of Radical Black and Third World Books.

The international book fair ran from 1982, predominantly in London, until 1995, was coordinated by Bogle L’Ouverture, New Beacon, and Race Today and embraced the internationalism of the global majority.

Coming out of cultural events being via Zoom during the incarceration of the COVID-19 pandemic, I attended in-person the 20th anniversary St. Martin Book Fair, June 2-4, to present an abridged version of my preface to N.C. Marks’ new poetry collection Children of the Ash (HNP, 2022). Her previous books include When Silence Speaks (2011) and Memoirs of a Teacher (2012), and her novel Plastered in Pretty (HNP, 2018) was praised by Alice Walker.

In Children of the Ash, Marks uses the volcanic eruptions of La Soufrière from 2020 to 2021 to expose the dirty realities of life and landscape-altering experiences of the people of St. Vincent and the Grenadines.

In Britain, we tend to focus on what happens in the “British West Indies”, where the Calabash book festival in Jamaica dominates that gaze. St. Martin, in the northeast Caribbean archipelago, is an island of 37 square miles. The island has been divided between France and the Netherlands since the 17th century, where salt was mined from the ponds, especially the Great Salt Pond, by African peoples enslaved on the island. Today, tourism dominates the economy of St. Martin.

I was told that in their everyday lives, St. Martiners tend to ignore the division between Saint Martin (the French or northern part) and Sint Maarten (the Dutch or southern part) unless France and the Netherlands want to remind them of their colonial status.

HNP has published several poetry collections from Sekou, who also performed at the International Book Fair of Radical Black and Third World Books. Reiph, who coordinates the Book Fair, says, “Our modest ambition was to have a book fair that would bring the entire family closer to the book and, among other things, show as a lie the saying that if you want to hide something from a Black person, put it in a book.”

“Cab drivers and the like asked if I was on holiday in St. Martin. When I told them I was attending the Book Fair, they responded, ‘I know deh Book Fair well, and I even buy books from it,’ adding that they also know Shujah and Lasana.”

The Book Fair is cherished by St. Martiners, with 40% – 50% of its financial support coming from local donations. On such a small island with few arts and cultural institutions to compete for financial resources, the Book Fair receives strong local support, but that is not without structural and political challenges, says Reiph, who has been a socio-cultural events-organizer for over 30 years.

In his keynote speech at the Book Fair’s opening, David Comissiong, Barbados’s Ambassador to CARICOM, reminded us that resisting neo-colonial forces in the Caribbean region, much less the diaspora, lies in embracing the cultural history we share.

Reiph echoed this sentiment in arguing that the 20th edition of the St. Martin Book Fair marked an attempt to reinvent ourselves, “to chart a course that will launch us into a new orbit” – hence the theme of “rebirth.”

This seemed apt as several writers have passed away during a period of grief and grievance marked by the pandemic, including guest authors from previous fairs, notably the Barbadian novelist, essayist, and thinker, George Lamming, who transitioned on the Book Fair’s last day.

A core theme in Black arts and culture across the diaspora has been developing intergenerational conversations, not simply in terms of consolidating the historical continuity of arts practice, but to replenish cultural institutions with new blood.

Poet Caleb Dros was five years old when the first Book Fair took place, and he read from his recently published chapbook Oualichi: Land of Oma, launched by HNP at the fair’s Literary Evening in the formerly fishing village of Grand Case.

The event, dubbed as taking place “Under the Literary Big Tent”, seated an audience of over 100 people under a makeshift marque and on the sidewalk of the main street, near the Grand Case Bridge. Now more of a town than a village, Grand Case vies effortlessly with a handful of Caribbean islands for the enviable title of the region’s “cuisine capital.”

Dros was one of the headline poets reading; others included the award-winning poet and novelist Nicole Cage from Martinique. It seemed from the poise, power, and intimacy of Dros’ poems that he may have absorbed the work of other poets at the Book Fair growing up.

There was also Marie-Pierre “Mapie” Loiseau, an animated performer from Martinique, who brought elements of créole oral tradition, zouk music and hip hop that, along with other poets, captured the attention of passers strolling by.

Aside from book launches and signings, exhibitions, and sale of books, the Book Fair was complemented by a dedicated programme of day-based activities and evening events.

There were workshops covering a range of genres, culturally and industry-related themes and issues, such as children’s literature with children participants, maternal health, and Black women’s hair management, as well as panel discussions for first-time writers, one exploring créole literature from Martinique, Guadeloupe, and Marie-Galante, another on independent publishing, and the annual symposium called the Presidents Forum.

One fascinating session featured authors Mary J. Romney-Schaab and Serge Gumbs, whose respective books: An Afro-Caribbean in the Nazi Era: From Papiamentu to German and Saint-Martin dans la Grande Guerre speak to the histories of St. Martiners involved in the First and Second World Wars.

There was a poetry masterclass with Geoff Goodfellow, an Australian poet, novelist and activist, who, along with his friend, travelled over 30 hours to reach St. Martin.

Teachers and students also had an opportunity to participate in a drama and education masterclass led by Jillian John, a dynamic educator and dramatist from Trinidad and Tobago, and an acting workshop led by the dramatist, educator, and published poet Yvonne Weekes. Since being forced to move from Montserrat because of the Soufriere Hills volcanic eruption in 1995, Weekes lives in Barbados.

Several books were “introduced” at the lit fest, including Weekes’ Voices: Monologues & Dramatic Texts for Caribbean Actors, published by HNP in 2021, with an e-book in 2022. There was also Disaster Matters: Disasters Matter (HNP, 2022) edited by Weekes (UWI) and Wendy McMahon (UEA).

Unique for the Caribbean, Disaster Matters is a high school-focused anthology of poetry, drama, fiction, non-fiction, and scientific articles complemented by photography and images that provide “storied experiences and critical questions about climate issues, hazards, and disasters, especially hurricanes, earthquakes, and volcanoes in the Caribbean.” (Disaster Matters, 2022)

The St. Martin Book Fair may be small in comparison to other similar festivals across the diaspora, but it is talawa: small but large in its reach, and therefore provides a model for building and sustaining Black-led, St. Martin-led, Caribbean-led cultural institutions, echoing Lamming’s point that “The architecture of our future is not only unfinished; the scaffolding has hardly gone up.”1