This Saturday night, the celestial parade begins!: Looking up at the Nightsky 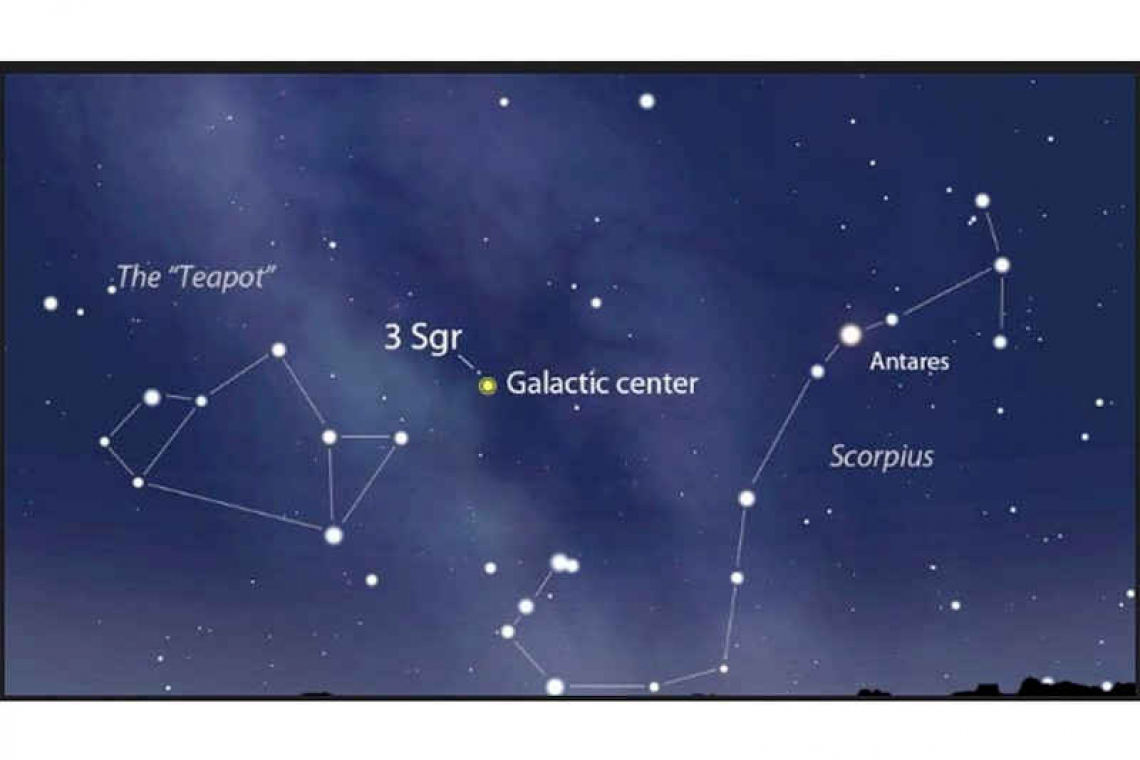 At 8:00pm this Saturday, the celestial parade begins! Catch the show on the southern horizon, looking out over the sea. Actually, the show is on display any clear night, but since the moon will be thin and dim, this weekend’s southern parade is surely one of the best. Find a dark spot with a vantage point facing out in the direction of Saba and settle in for a while. Bring your binoculars for the planets.

First to pass across the stage of the southern horizon, quickly disappearing is the famous Southern Cross, also known as Crux. With twilight lingering until 7:15pm, Crux will have only a short period of time to be admired – maybe 30 minutes if you’re lucky! But don’t worry, directly behind the Southern Cross will be the pair Rigil Kent and Hadar. These two bright buddies are also known as Alpha and Beta Centuri. They are actually two of our sun’s closest neighbours in space and have served as important navigational beacons for centuries.

After the two bright headlights pass, elevate your gaze just slightly, and you will behold the constellations of Scorpius and Sagittarius. Recognize Scorpius by the bright red star Antares, known as the heart of the Scorpion, and by his large, curled tail. This hook-shaped arrangement of stars swoops down and to the left, before curling back up. Directly to the left of that curled tail is the centaur of the skies, Sagittarius. Most of us amateur astronomers don’t really see much of a centaur up there, but we learn to recognize the stars because they are in the shape of a teapot. This weekend, the handle is on the left and the spout is pointing towards Antares. Below the “teapot”, look for a half circle of stars, a lovely bracelet of diamonds, known as the Southern Crown, or Corona Australis.

By 9:00pm, the East-Southeast sky is offering our first glimpse of a planet, and what a planet it is! Saturn is near opposition which means it is well lit by the sun, and we on earth are poised to view its brilliant face, rings and all. By 11:30pm, Jupiter rises in the east. This giant planet has at least four scope-visible moons. Get out your telescope or binoculars for the chance to see these miraculous sites. Granted, it’s nothing compared to the pictures coming to us from the amazing new James A Webb Space Telescope, but these are things you can see for yourself – and that makes it very special. Share the experience with a friend.