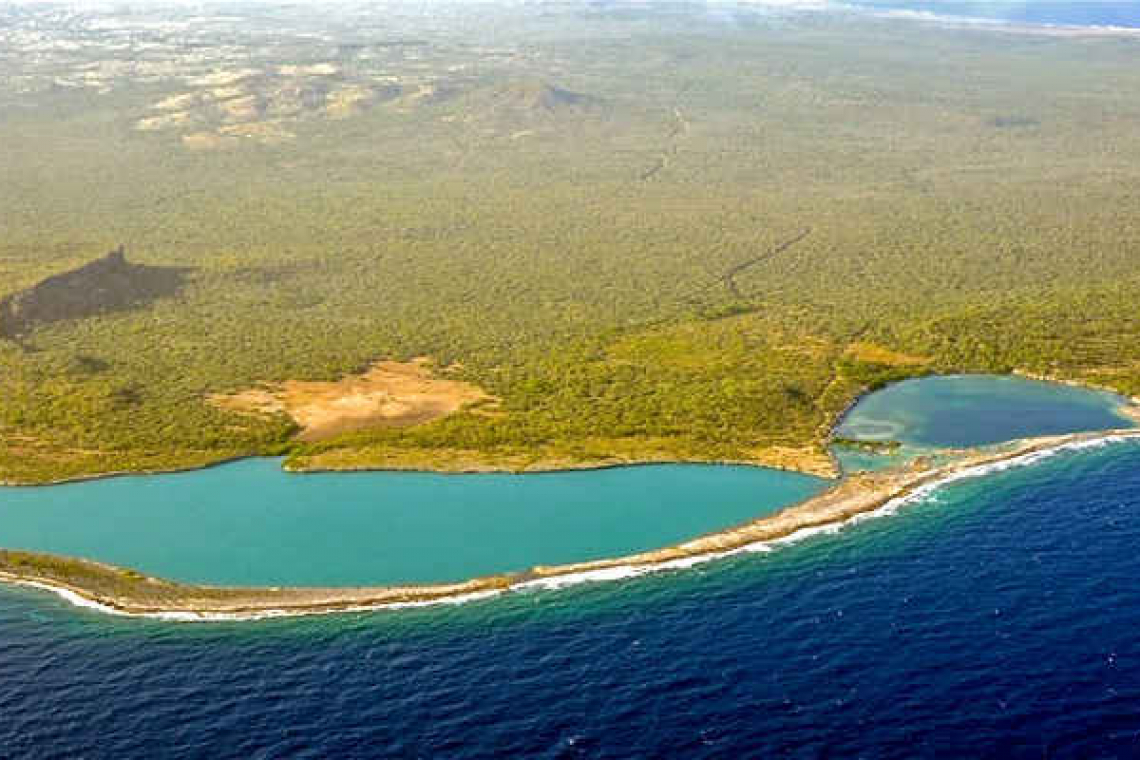 Curaçao will get a new national marine park, but [soon- ed.] a number of problems still have to be solved with Willy Maal, the owner of Oospunt.

The Caribbean Research & Management of Biodiversity Foundation, Carmabi will manage the area off the coast of Oostpunt with the aim of protecting marine life and the coral reef. The nature conservation organization says it will soon start carrying out its management tasks in the “new” marine park. The park will be named “Curaçao Marine Park”.

But there is a lawsuit between Maal and the government about the allocation of the area as a nature reserve. According to Maal, part of the protected area is land and inland waterways that are privately owned by his family.

Assigning this to Carmabi could put an end to Maal’s development plans. It is therefore not inconceivable that the government can expect compensation claims.

The owner of a large part of Oostpunt says he has no problem with an underwater park, but finds it incomprehensible that “without any participation”, part of his property is given to an administrator.

Maal is also displeased with Carmabi’s announcement that it will begin carrying out administrative tasks. “Carmabi is out to counter all development of Oostpunt and is putting pressure on the government with their press announcement. It will deter any investors from developing my land.”

Minister Charles Cooper, who inherits the portfolio from predecessors Zita Jesus-Leito and Suzanne Camelia-Römer, is in favour of the development of Oostpunt and hopes to be able to get parties around the table this month to reach a settlement. “Curaçao loses in all scenarios if the judge decides. I am in favour of nature management, but also in favour of development. Curaçao needs both,” said Minister Cooper.

The new Curaçao Marine Park covers the coastline that begins on the west side of Caracas Bay and then follows the southeast direction, around East Point and then continues, for a short section, northwestward. In width, this area extends from the waterline to 100 meters beyond. The establishment of the Curaçao Marine Park guarantees the great importance of protecting the marine ecosystem such as the corals and marine life.

The Carmabi Marine Parks Department plans to start installing about 20 mooring buoys. Vessels can moor here freely. The buoys are mainly intended to prevent the use of anchors. Anchors can wreak havoc on the coral reef.

Carmabi will also remove waste and unused fishing gear from the seabed, and a surveillance team will be set up to document and report possible violations of the law to relevant government agencies, such as the Coast Guard. For this, Carmabi has purchased a boat, an Eduardoño named Yaru with which to regularly patrol the area.

According to Carmabi, little will change for most users of the Curaçao Marine Park. Access to and use of the area is and will remain free of charge. Carmabi will not collect entry fees or other income for access and activities within the area. Diving and snorkelling are still possible.

There are no restrictions on the location where fishing is conducted in the Curaçao Marine Park. But, according to Carmabi, the government will designate a number of Fish Reproduction Zones. Such a zone is intended for the recovery of fish stocks in Curaçao waters and, by extension, sustainable fishing.

An anchor ban will apply to all vessels in the management area. Keeping anchors within reef areas southeast of our island will greatly contribute to the conservation of these very vulnerable coral reefs. Vessels can only be moored by using the new mooring buoys, according to Carmabi.