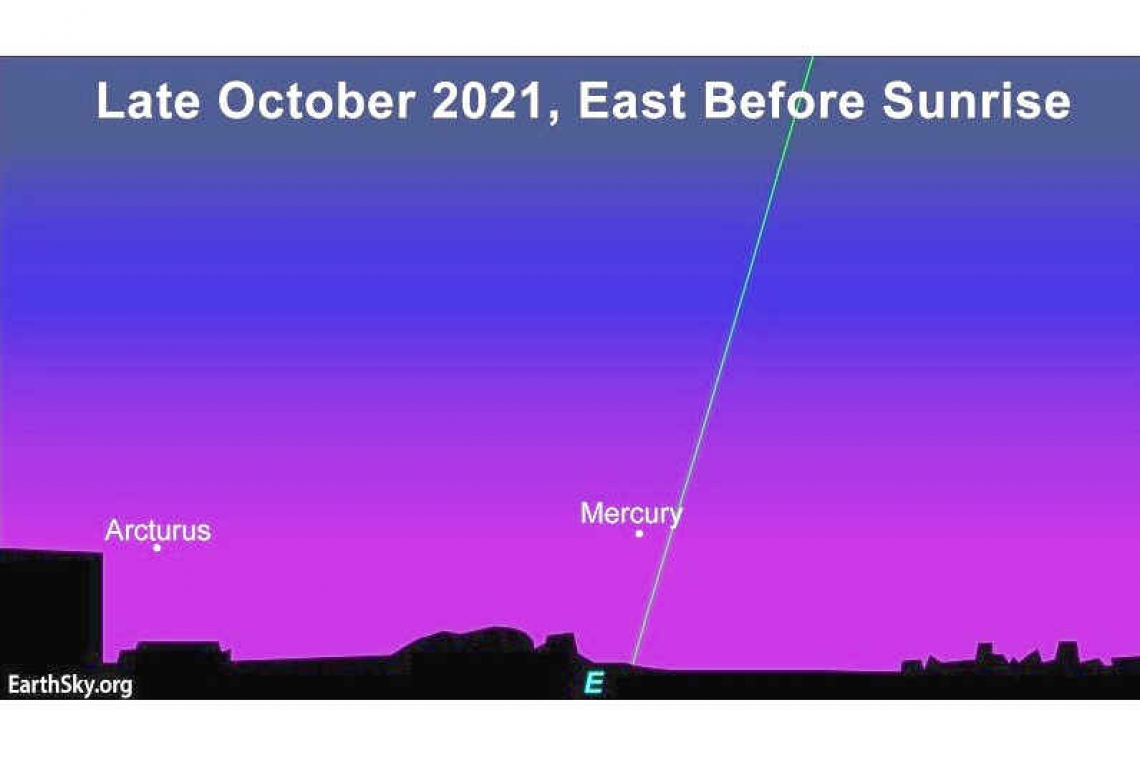 This weekend, look for continuing possibilities of the Orionid Meteor Shower. Always October reliables, the Orionids hit their peak just Thursday and Friday nights, in the early morning hours, when up to 20 meteors per hour were visible. The Orionids mark the second meteor shower this month, although our tropical skies were inundated with Sahara dust during the Draconids which occurred on October 8, so I doubt anyone caught sight of a streaker in the sky then.

The Orionid Meteor Shower is named after the constellation Orion the Hunter, because the meteors seem to emerge or radiate from his area of the sky, but the show is sky-wide – just keep looking up with eyes alert and heart open. These shooting stars often continue until November 2.

Also appearing this weekend is the nicely plump third quarter moon, having come down from full Hunter's moon on Wednesday night. This is a fine time to explore the details of the lunar surface with your binoculars or backyard telescope. Zoom in on the terminus line, or terminator, where the shadows are strong, allowing you to see the relief of the moon, the mountains and valleys, craters and lava flows. Saturday night, the moon sits near the horns of Taurus the Bull and the Pleiades Star Cluster.

You can locate two planets in the southern sky, Saturn and Jupiter hand with the constellation Capricornus. These two stand out clearly in the evening sky forming a rough triangle with the bright star Fomalhaut, known to astronomers as the loneliest star as it generally sits by itself in a relatively empty and dark part of the sky. Good thing Saturn and Jupiter are paying a visit to Fomalhaut this month.

Another planet is dazzlingly brilliant but only stays above the horizon for about one hour after sunset. Look to the western horizon after dusk to find Venus. So bright, you might be forgiven for thinking it’s a plane approaching our airport.

You can currently find the tiny planet Mercury in the eastern sky just before daybreak. Mercury is often too small and too close to the sun for us to get a glimpse of this fleet-of-foot planet. Right now, however, Mercury is as far west as it ever gets, allowing some distance from the sun – and if the horizon blocks all that sunlight, you can just see this little gem.

“What about Mars?” I hear you ask. Yes, the red planet is usually among our points of interest, but alas, it is not visible from earth these days. Mars is in transit behind the sun until the middle of next month.

Keep watching the skies and sharing this amazing universe with someone you love!