Montenegro 2 - with the Passionate Foodie 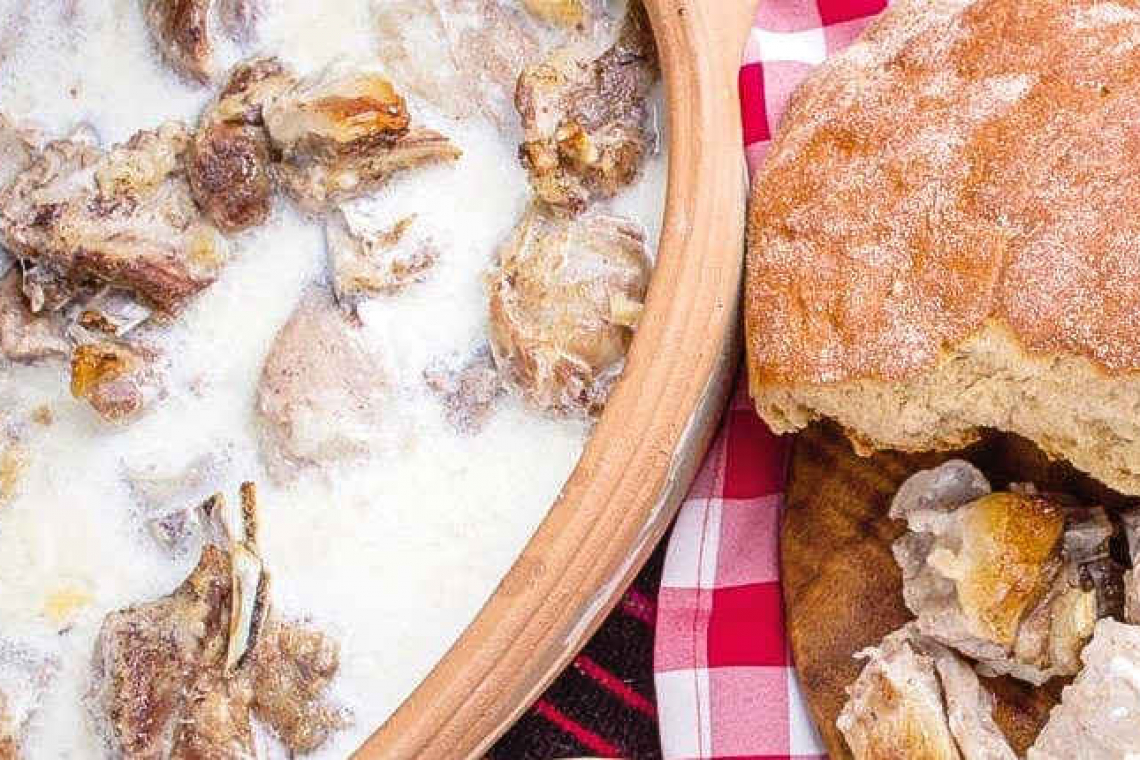 With a continuation of Montenegro’s history, we find that as time went by, the hostility of the other great powers to a Russian naval presence in Montenegro (being in the Mediterranean) tended to restrict the use of these ports.

Montenegro was becoming very open to communication with the developing industrial economies of western Europe. Trade expanded, tobacco and vines were cultivated, a state bank was founded, roads were built, a postal service was initiated, and (in 1908) the first railway was opened.

Investments, apparently mostly by the Italians, started taking place. As the economic openness took place, many decided to leave the country and head to Serbia and the United States.

Peace did not continue, although there was great forward expansion with educational opportunities, modern governance and the legal code was revised in 1888 and government was introduced in 1905. The then Prince’s (Nicholas) autocratic disposition made for frequent conflict between parliament and the crown (in 1910 he became King)!

Montenegro sided with Serbia and the other Balkan League states to oust the Ottoman Turks from their remaining European possessions. The Treaty of London in 1913 brought territorial gains on the Albanian border and in Kosovo. However, discussions about a possible union between the two countries were interrupted by World War I – Austrian troops drove Nicholas into exile in Italy.

Following the end of the First World War (1918), Montenegro was taken into the new Kingdom of Serbs, Croats, and Slovenes. 1929 saw a newly unified state now renamed Yugoslavia. And along came World War II disrupting the comparative peace in this region. Yugoslavia was invaded and partitioned by the Axis powers in April 1941, Montenegro was occupied by the Italians under a nominally autonomous administration.

Armed resistance began within a few months; however, this was divided between those who sympathized with the Italians and those whose loyalties lay with the communists. Many Montenegrin nationalists were disappointed by the experience of Yugoslav unification – and more troubles ensued!

Even after the 2nd World War ended, peace did not reign. Finally, the breakup of the Yugoslav federation, after 1989, left Montenegro in a precarious position.

The first multiparty elections in 1990 returned the reformed League of Communists to power, confirming Montenegrin support for the disintegrating federation. The republic therefore joined Serbia in fighting the secession of Slovenia and Croatia, and in 1992 it joined Slobodan Milošević’s “third Yugoslavia” – a federal republic comprising only Montenegro and Serbia.

In 1989, the remains of King Nicholas I and other members of the former royal family had been returned to Montenegro to be reinterred with great ceremony in Cetinje. The United Nations’ sanctions against Yugoslavia seriously harmed Montenegro, undermining its lucrative tourist trade, but the opportunities for smuggling started up in earnest!

By the end of 1992, relations between Montenegro and Serbia had begun to deteriorate. Matters came to a head in 1997. An agreement, approved by the Yugoslav parliament and the Montenegrin and Serbian assemblies, in 2003, renamed the country Serbia and Montenegro. In 2006, Montenegro declared its independence, which was recognized by the Serbian parliament two days later.

The cuisine of Montenegro is delicious, unique and fresh, with many dishes being quite different to the ones in other Balkan countries. Without doubt, Montenegrin cuisine benefitted from centuries of interaction with neighbouring countries and trade.

Although Montenegro is not a large country, the cuisine differs from the coastal Adriatic to the mountains. Wherever the Montenegrins cook, you will find simple dishes with seasonal ingredients and lots of olive oil.

Fresh fish and seafood is abundant by the coast. Simply cooked, grilled seafood with generous amounts of olive oil, parsley and garlic is similar in concept to the cuisine of Spain.

You will find meat dishes served in the mountains – seldom will you find seafood dishes up there – lamb, pork or beef served in a variety of ways. Farmers do not restrict their animals, they roam freely. Meat dishes are often cooked for several hours under a metal round cover that is topped with hot coals, with the result being tender, fall-off-the-bone meat.

Cheese in Montenegro is mostly eaten as a starter, rather than as a dessert, and served with bread, olives, dried fruits, nuts and grapes or figs.

Having said seafood may not be found in the mountainous areas, smoked prosciutto ham and lots of cheese can be found in several forms at the coast. The most popular smoked prosciutto comes from a mountain village called Njeguski. It is said that the air and the location of the village and where and how the ham is aired and smoked produces a special flavour that is uniquely delicious.

If you can get some here, serve this sliced, and accompany with a selection of cheeses, olives and fresh herbs. Bread is always on the table.

Pastries are enjoyed and Burek (common pastry in the rest of the Balkans and Turkey) a layered phyllo pastry is filled with cheese and sometimes spinach and meat. Burek is a breakfast food as well as a snack – you may find street stalls selling them quite late at night.

We can buy jars of a delicious, red pepper/tomato paste from Turkey (at our biggest supermarket) and in Montenegro, a similar paste called Ajvar is popular. It is spreadable and served on bread or crackers as an appetizer or snack. Add olives and prosciutto, and you have a delicious repast.

At the coast, varieties of fish, calamari, octopus, and prawns are cooked in many ways. Seasonal veggies and salads, fresh herbs and, of course, the wine make the cuisine a healthy one – as one finds in the Mediterranean. Sweet endings are found throughout the country – pancakes, baklava, pastries and “cake” – cake is cake!

Njeguski Steak – An award-winning dish from one of Serbia’s well-known chefs.

If eating at a restaurant, you will find menus offer a dish called Njeguški stek – they are not all the same; some are made with pork or veal, some are stuffed and some are wrapped in ham or bacon (stuffed usually with the ham from the region). Feel free to sub with bacon and a cheese you prefer. Potatoes and broccoli are the usual sides.

Top one side with the ham and cheese (this can be minced instead of chopped).

Fry in butter till golden brown.

Variation – use fat veal chops and make a good-sized pocket in the meat, stuff as above and grill.

Buzara – This is a delightful seafood stew. You can just use prawns, too, and keep the skin on. Serve with polenta or crusty bread.

Sauté onions and garlic in oil until translucent.

Add all seafood and simmer in the pan.

Add spring onions and continue to cook until the mussels open.

Lamb in Milk – This is unusual for us, but what a treat it is.

Salt and pepper to taste

Raise heat, add lamb and brown all over.

Add about ½ cup of milk to the pot.

Scrape up any browned bits, deglazing the pot for about 2 minutes.

Simmer covered until tender about 1 hour and 15 minutes,

Use a slotted spoon – transfer lamb to a bowl, discard rosemary sprigs.

Boil milk over high heat until reduced by half.

Put the sauce back in the pot, add, lamb, simmer until warmed through.

Season with salt and pepper, garnish with parsley.