The sky, a source of Halloween folklore 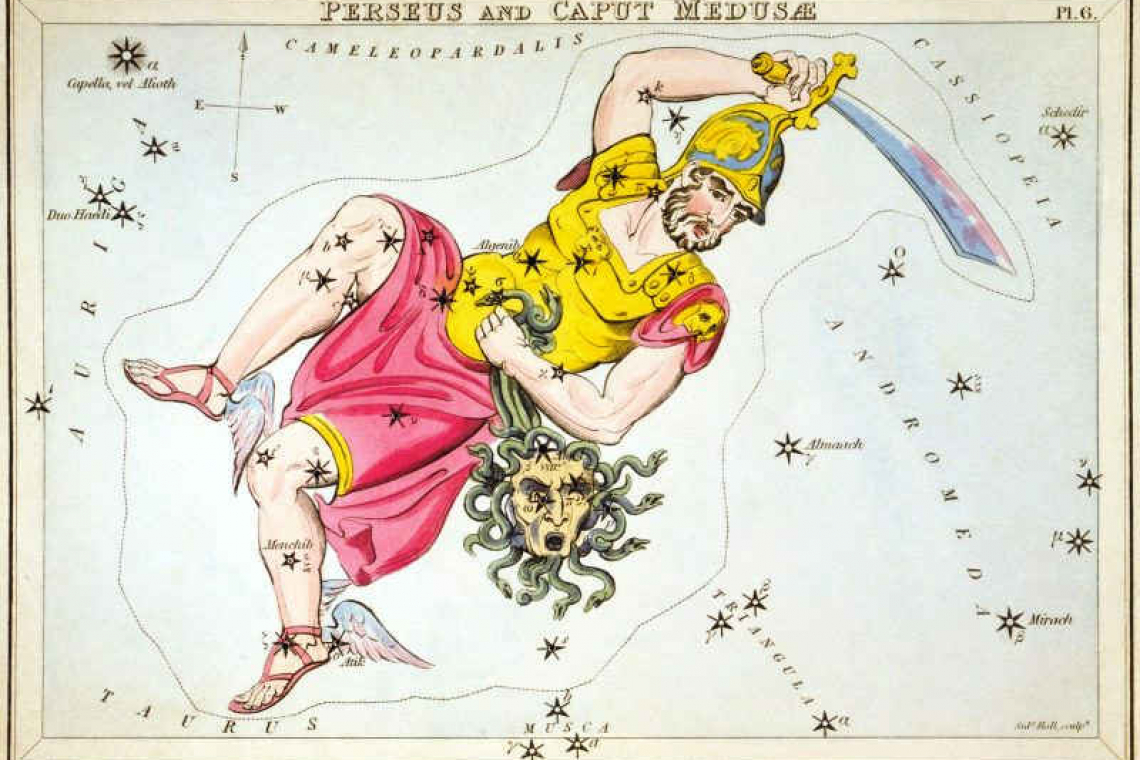 This weekend, the sky is a welcome source of Halloween folklore. Halloween is our modern day for trick-or-treat, jack-o’-lantern and general high jinx. It is anchored in ancient history, though, to the Celtic holiday of Samhain. Keeping their eyes on the sky, those ancient cultures were giving honour to a celestial event. Therefore, Halloween is an astronomical event, tied to the midpoint between the Autumnal Equinox and the Winter Solstice. It also marks a night when the Pleiades Star Cluster reaches its highest point, or zenith, of the entire year.

Let’s consider a rather ghoulish star “Algol” found in our northern sky. Although it doesn’t appear any scarier than any other star; in star-lore, Algol represents a mythical monster – the Gorgon, aka the Medusa – she who has not hair on her head, but instead living, writhing snakes! Legend said that her appearance was so terrifying that if anyone even looked at her, they would turn to stone. Algol takes its name from an Arabic word meaning the Demon’s Head or, literally the Ghoul! A perfect companion for All Hallows’ Eve.

To find Algol, let’s “star-hop” from more familiar territory. If you look up to the northern sky, you can find Cassiopeia the Queen on her throne, recognized by the sideways “W” formation. Next, look for Perseus, a great hero often depicted riding on the Flying Horse Pegasus. The legend tells that Perseus slayed Medusa and used the head to turn another monster into stone. Clever Perseus!

Perhaps the star gazers of long ago noticed that Algol’s starlight is often shifting in brightness and thus associated it with the evil eye. Beware the mesmerizing eye of the horrible head of Medusa.

Thanks to science, we now know that Algol is a variable star, which means, in fact, it does sort of wink. Algol waxes and wanes in brightness, just like many variable stars known throughout the heavens, but Algol might well be the most famous of them all. The Demon Star brightens and dims with clockwork regularity, completing one cycle in two days. At its brightest, Algol shines about three times more brightly than at its faintest. When it reaches maximum brilliance, Algol matches the brightness of the nearby second-magnitude star Almach. At minimum, Algol’s light output fades to that of the star Epsilon Persei.

The very helpful website EarthSky.org explains that Algol is actually two stars – one bright and one dim – and they are orbiting each other in a tight and fast spiral: “It is an eclipsing binary star. This kind of binary is composed of two stars, with each star revolving around the other. From Earth, we see the orbital plane of this binary star almost exactly edge-on. Therefore, when the dimmer of the two stars swings in front of the brighter star, we see Algol at minimum brightness. EarthSky and Wikipedia both offer a video to show how these stars behave if you would like to find out more.