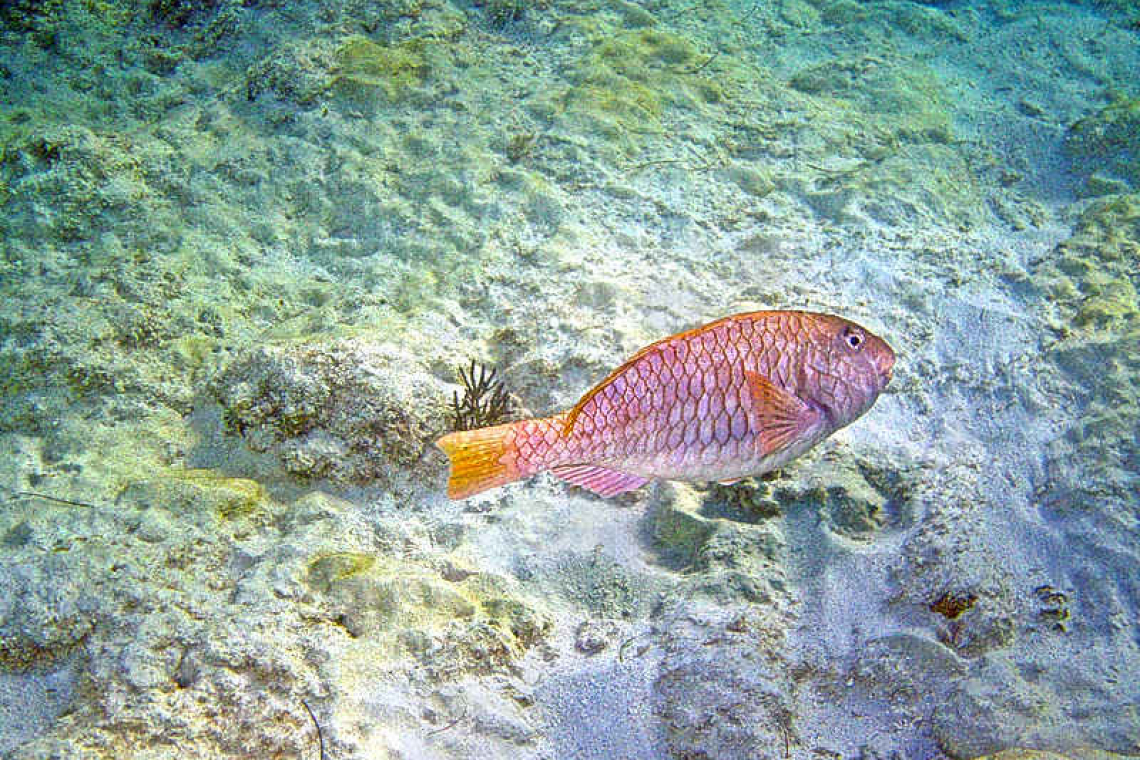 A new study by researchers from the University of Texas and California Polytechnic State University documented herbivorous fishes feeding on fish faecal pellets off the coast of Bonaire. This has never been recorded in the Caribbean before and provides a deeper understanding of nutrient recycling and insight into the diverse diets of fishes who work to keep the local coral reefs healthy.

Coral reefs are one of the most diverse ecosystems on the planet, but they are also limited in nutrients. So, nutrient recycling is a vital part of supporting such reef organisms and their biodiversity. Organisms can’t process all the nutrients from the food they eat, so some of these nutrients come out in their poop. A new study documented a unique upcycling technique, previously unknown within the Caribbean, herbivorous fish feeding on fish faeces.

Parrotfishes and surgeonfishes are often praised as the great caretakers of coral reefs, feeding on reef algae and keeping overgrowth in check, which indirectly promotes healthy coral recruitment and growth. Although it was previously known that Caribbean parrotfishes and surgeonfishes also fed off other food sources, such as cyanobacteria, sponges, and even corals themselves, a recent study added fish faeces to this list.

This collaborative effort was co-led by Hannah Rempel, a Ph.D. student from University of Texas Marine Science Institute and Abigail Siebert, a former undergraduate student from California Polytechnic State University. They studied the foraging rates of parrotfishes and surgeonfishes on fish faecal matter. Because they found that over 99% of faeces they consumed were from the Brown Chromis (Chromis multilineata), a plankton eating fish, they also observed Brown Chromis faeces to see what other reef fish ate them and studied the nutritional value of these faeces. The study was conducted in 2019 between June and September, across six dive sites along the western shores of Bonaire. This research is the first of its kind within the Caribbean and paves the way for continued exploration into the topic.

Throughout this study, researchers documented that almost 85% of the observed faecal pellets were ingested by fish with over 90% consumed by parrotfish and surgeonfishes alone. “Compared to algae, these faecal pellets are rich in a number of important micronutrients. Our findings suggest they may be an important nutritional supplement in the diets of these fishes” stated Rempel. Taking a closer look at the faecal matter itself, researchers found that these pellets had higher values of proteins, carbohydrates, total calories, and important micronutrients when compared to most algae. Therefore, consuming faecal matter may play an important role in nutrient transfer within the marine environment.

Understanding the intricate dynamics within coral reefs provides information management authorities need to safeguard these environments more effectively. These results highlight the importance of the consumption of faecal matter in upcycling micronutrients, although there is still much to be learned about the nutritional content of other food sources, such as algae mats, cyanobacteria, sponges and corals. Fish faeces may play a vital role in nutrient supply within the reef environment, emphasizing the need for further insight into this topic moving forward.