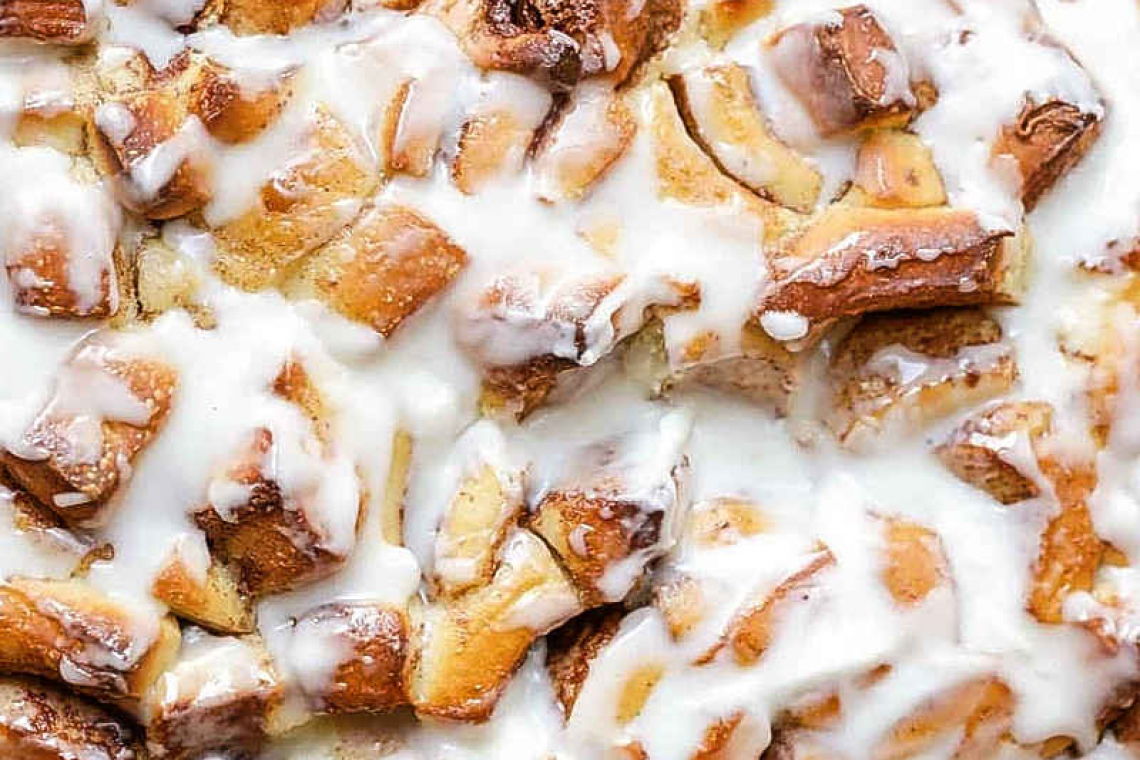 Oh my! The flavour and smell of cinnamon tantalizes every sense. The pungent aroma of cinnamon is unmistakable. What do you think of when you catch a whiff of cinnamon? For me, it is cinnamon sugar pancakes, hot and drippy with a good squeeze of lemon juice, wrapped in a piece of grease-proof paper, eaten as one wanders through the fairground. It is also a happy reminder of Middle Eastern foods for, yes, cinnamon is as good in both sweet and savoury dishes!

“Cinnamon was once so highly prized that wars were fought over it, it was used as currency, and it has aphrodisiacal powers.”

Cinnamon actually has an interesting history. Native to Sri Lanka (once known as Ceylon) the original cinnamon is found in Chinese writing as far back as 2800 B.C. It is still known as kwai in the Cantonese language today! Kwai is the basic unit of money in China.

Its botanical name derives from the Hebraic and Arabic term amomon which means “fragrant spice plant.” Cinnamon is not just a food; it was also used by the Ancient Egyptians in their embalming process. In Italy, it is referred to it as canella, which means "little tube" – a perfect description for the rolled cinnamon sticks.

In the first century A.D., Pliny the Elder, wrote of 350 grams of cinnamon as being equal in value to over five kilograms of silver. That means it was worth about 15 times the value of silver per weight! Medieval physicians used cinnamon in medicines to treat coughing, hoarseness, and sore throats.

The following kinda sucks: As a sign of remorse, Roman Emperor Nero ordered a year's supply of cinnamon be burnt after he murdered his wife.

The spice was also valued for its preservative qualities for meat “due to the phenols which inhibit the bacteria responsible for spoilage”, with the added bonus being the strong cinnamon aroma masked the stench of aged meats. This is as good a reason as any that it was/is used in cuisines where there are few refrigerators to keep the meat cold.

By the 17th century, the Dutch were out taking over many lands. One place they took control of was Ceylon – not just because of the tea grown there, but also because of the cinnamon! Ceylon was the world's largest cinnamon supplier!

The Portuguese had been in control of Ceylon and things moved along fairly well, but when the Dutch moved in, they started demanding outrageous quotas from the poor labouring Chalia caste! They arrived in 1505 and found the island to be divided into seven warring kingdoms. Warring between themselves left them incapable of fending off intruders. The Portuguese founded a fort at the port city of Colombo in 1517 and gradually extended their control over the coastal areas.

By 1592, the Sinhalese moved their capital to the inland city of Kandy. Intermittent warfare continued through the 16th century. The Buddhist majority disliking Portuguese occupation welcomed the Dutch defeating the Portuguese around 1602.

By 1669, that the Dutch were attacking in earnest “but ended with an agreement which was disrespected by both parties!”

By 1660, the Dutch controlled the whole island, except the kingdom of Kandy. The Protestant Dutch now persecuted the Catholics (Portuguese influence) but left the Buddhists, Hindus and Muslims alone. They were not better than the Portuguese as the Sinhalese hoped – in fact, they taxed the people far more heavily than the Portuguese had done.

The Dutch were extremely happy to be in control of the cinnamon kingdom, but things got out of hand when they learned of a large source of cinnamon being grown along the coast of India. There they bribed and threatened the local king to destroy it all! In this way, they preserved their monopoly on the prized spice.

But as with wars, the island of Ceylon changed hands to the French as they had acquired it from their victory over Holland during the Revolutionary Wars. Then in 1795, England seized Ceylon from the French.

“In 1669, the British sea captain Robert Knox landed by chance on Ceylon and was captured by the king of Kandy. He escaped 19 years later and wrote an account of his stay. This helped to bring the island to the attention of the British.”

“In 1802, by the Treaty of Amiens, the Dutch part of the island was ceded to Britain and became a crown colony. In 1803, the British invaded the Kingdom of Kandy in the 1st Kandyan War, but were bloodily repulsed. In 1815, Kandy was captured in the 2nd Kandyan War, ending Ceylonese independence.”

The British found that the uplands of Sri Lanka were very suited to coffee, tea and rubber cultivation, and by the mid-19th century, Ceylon tea had become a staple of the British market.

To work the estates, the planters imported large numbers of Tamil workers as indentured labourers from south India.

Finally, after years and years or torment in the land, in 1909, that constitutional development began with a partly elected assembly – and by 1920, elected members outnumbered official appointees.

The British rule on the island lasted until 1948 when the country regained independence.

In 1972, the country became a republic within the Commonwealth, and its name was changed to Sri Lanka.

However, cinnamon did not continue bringing in the big bucks, because the downfall of the cinnamon monopoly had begun by 1833. Other countries found it could be easily grown and they started exporting it. Tropical countries that grew it were Java, Sumatra, Borneo, Mauritius, Réunion, and Guyana. Cinnamon is now also grown in South America, the West Indies and other tropical places!

In another bowl, mix milk, eggs and vanilla.

Prepare 9x13 sheet pan with butter and sugar or flour.

Pour batter evenly into the pan.

Mix brown sugar and cinnamon together.

Spread evenly over the top of the cake.

Swirl sugar and cinnamon into the batter with a knife or fork.

Mix icing sugar, 1 tsp vanilla and water until it is syrupy.

Pour over the cake and allow to set.

Variation: add chopped walnuts with the cinnamon and sugar and swirl in.

Pumpkin Soup – for this soup you first make a pumpkin broth

Peel, deseed and cube pumpkin – keep all scraps aside (seeds/skin and bits).
Keep cubed pumpkin aside.

Add all scraps (skin, seeds) and sauté until lightly browned.

Bring to a boil.

Strain into a large bowl; discard solids; set broth aside.

Bring to a boil, cover, simmer 40 minutes – pumpkin should be tender.

Whizz with an immersion blender until smooth.

Stir in vinegar and red pepper.

Top with a sprig of thyme and a few pomegranate seeds and chopped cilantro.