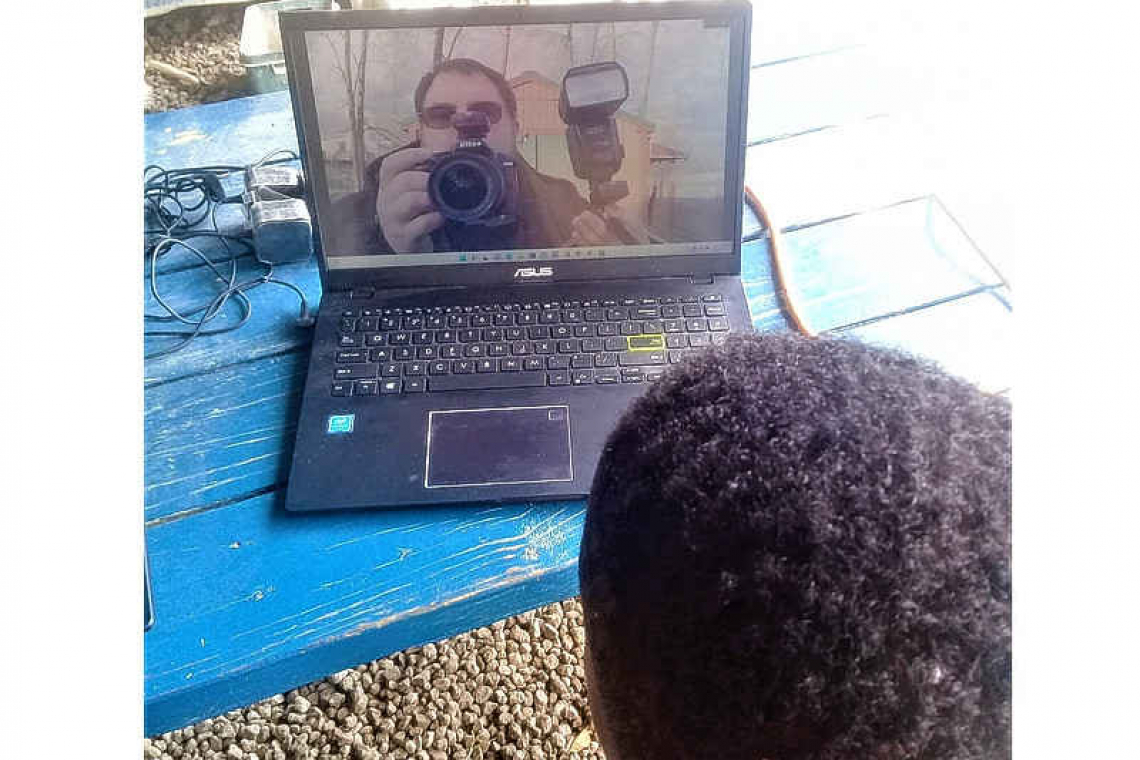 Mr. Joey Kelley is a professional photographer,  a computer expert and he also publishes a train magazine called The Maine Line.

Mr. Joey takes pictures. He takes pictures of people's weddings and other special events. He also likes taking pictures of trains, both real trains and model trains. Player Development is lucky that we met Mr. Joey, because now he is teaching us how to take pictures. It’s really fun!

The three phases of the photographic process

Mr. Joey started our class with a video. He told us about the three phases of the photographic process. They are:

1. Decide what you want to take a picture of.

2. Set up the image, taking into account the background.

3. Decide when you want to take the picture.  How will the light be then? Will you need a flash?

Our first assignment was to take some pictures! Mr. Joey wanted us to take three outdoor pictures of nature and then three close-up pictures.

So, off we all went with cameras in hand.

For the nature photographs, most of us just took pictures of the mangroves at the back of the Little League Field. For the close-up photos, most of us picked the trains on our model railroad for the close ups. The children snapped away. Each had a favorite engine or building they wanted to take a picture of.  As we were taking the pictures in the clubhouse, we used a spotlight and the camera flash. We thought the photos came out good.

After we sent the photos to Mr. Joey, he made a video and told us what he liked about each picture and how we could improve it.

It turns out that step one, picking the subject, was the easy part. Step two, setting up the photo was the hard part.

For the nature photos, most of the children just took pictures of a plant. You really could not tell what was special about the plant as there were so many leaves from the other plants also in the photo.  Roger took a picture of a baby mango tree, but in the background was a concrete block with a truck container sitting on it.  Not too pretty. Aloyel found a slug. He took three pictures of it. It was cool, and Mr. Joey liked it the best!

Mr. Joey suggested getting down lower and shooting up toward the sky to take advantage of the pretty white clouds and the deep blue background.

For the pictures of our model trains, it was the same thing again, the subject was easy but the set up was the real job. On the video, Mr. Joey, smiled said, “These are good, but look closely. In the background you can see the bookshelf. You can see trains on display on the wall behind. The front part of the picture is good, but the background lets people know the photo was of models.”

Mr. Joey sent us a book called Elgin Park by Michael Smith. Mr. Smith takes models outside; places them on a table and takes great pictures using real things as the background. So, we moved our models outside.

The results were better. We still had a chair in the corner of one photo and a car that seemed to be to be real in another.

Taking pictures is fun. I cannot wait for assignment three. I am not sure how we will decide when to take other pictures. We are only at Player Development from 1:00pm to 5:00pm on weekdays.

Mr. Joey says the light is different in the morning, especially at sunrise, and while we are at the Field, the light is overhead, or casting shadows later in the afternoon. He says that at night you could take a picture with the moon and stars.

What we are learning is that the main thing is to notice the background and to shoot things at eye level or looking up, but not looking down.

Most important, according to Mr. Joey, is to just keep trying. And best of all, Mr. Joey likes our pictures so much he is going to print some in his train magazine!