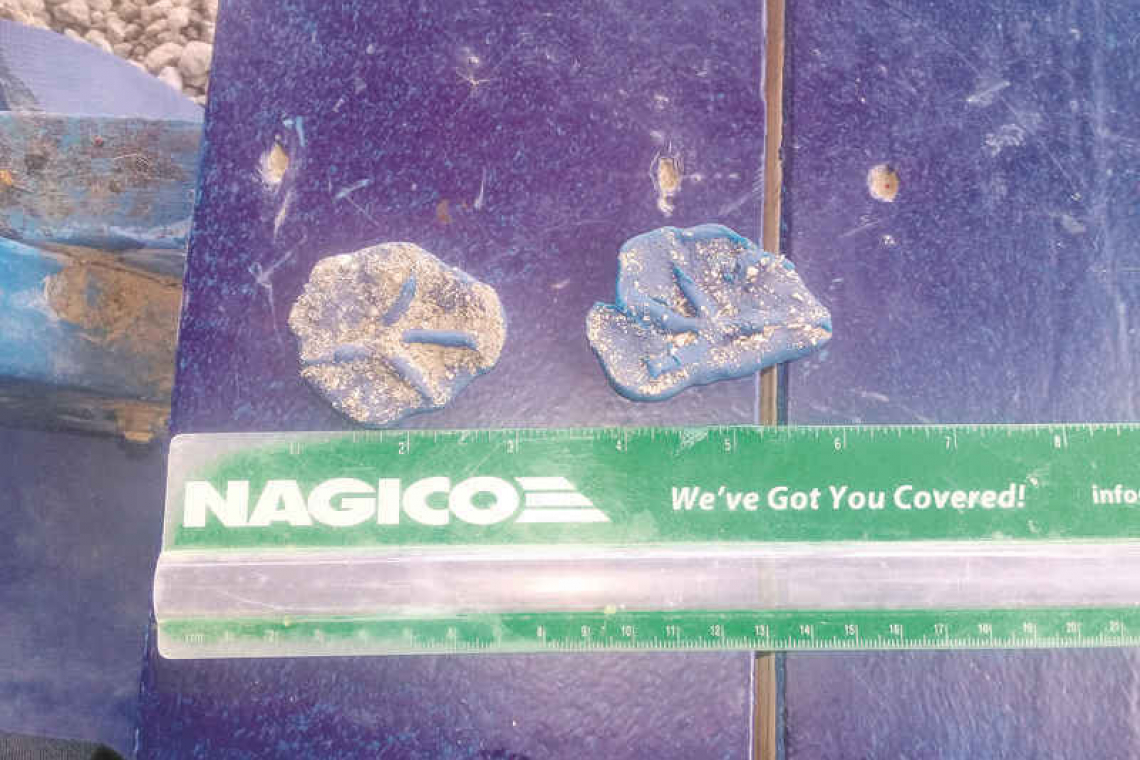 Ms. Debbie and her husband Barry are from New Hampshire. They have a lot of cool animals up there – bear, deer, rabbit and more are among the things you can sometimes see – but Ms. Debbie warns that sometimes you don’t see them.

Sometimes, they visit in the early morning or late at night; but no worries. She says the animals often leave footprints called tracks. With all the recent rain on St. Maarten, we are finding lots of tracks on the Little League Baseball Field.

Now we don't have the same animals as New Hampshire. I am a bit glad. I think I would like to see a bunny, a deer and even the bandit called racoon; but a bear I think not. Anyway, we have dogs – and I mean lots of dogs – iguanas and birds. Probably, the strangest and largest track is 10 inches long and four inches wide. It has several indents. They are circles. Oh, wait – that is from a baseball cleat.

Okay, we found a set of bird tracks. Now we see a lot of birds: sugar birds, grackles and thrashers. Overhead we see pelicans, but we have never seen one land on the field. So this new set of tracks was a mystery. Each track is almost two inches long. It appears there are three toes going forward and one to the back.

We took a picture of it. Then we used PlayDoh to make a copy of the track. We sent the photos to the island's bird expert, Mr. Binkie. He said it was probably a snowy egret. He is a tall, white heron with black legs and yellow feet. He can grow nearly 22 inches. That is almost two feet – cool, mystery solved.

Ms. Debbie and Mr. Barry sent us lots of information and printouts about tracks. We want to use PlayDoh and make copies of the different animal feet. Then we are going to make tracks next rain and try to pull a trick on someone.

Can you imagine the person’s face when they find the track and look it up on our printout and it matches a bear? Awesome. Or better yet, what about a dinosaur?

So next time you spot a mud puddle, don't walk wide around it. Go close and see if you can spot wild animal tracks. Be careful if you are by the Little League Ballpark, you just might run into alien tracks.