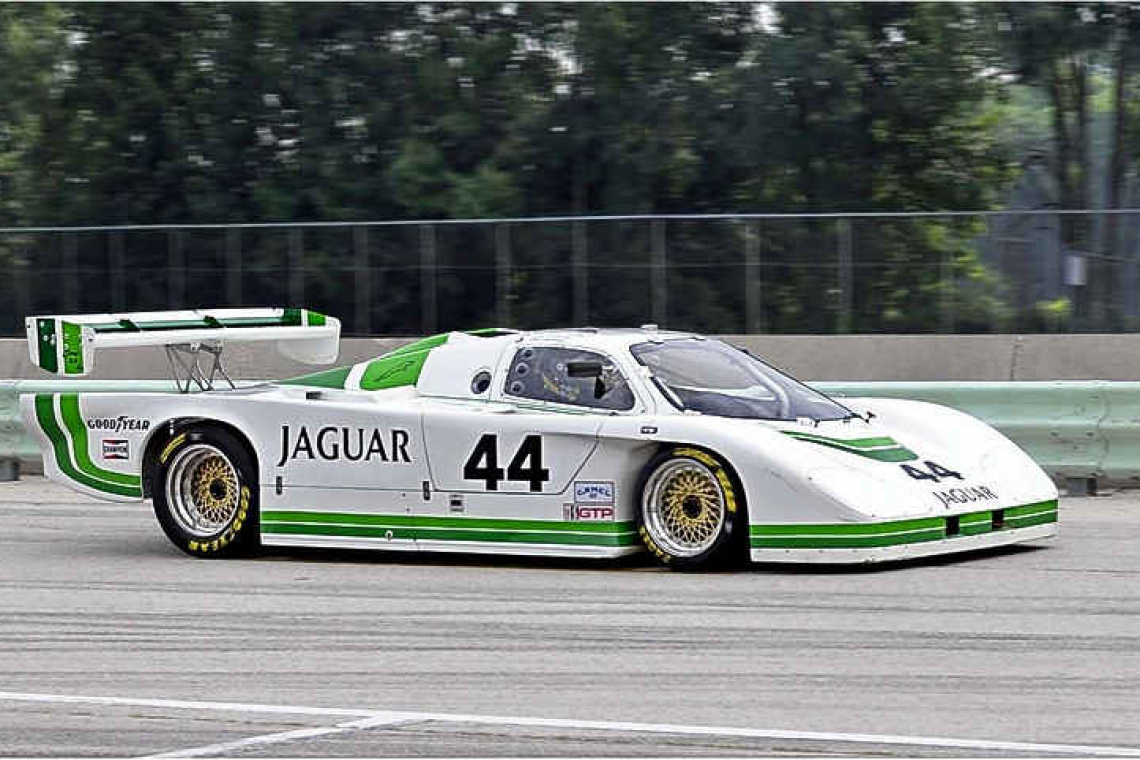 Mr. John Baker likes fast things. When he was young, he was a pilot in the U.S. Navy. He landed his planes on aircraft carriers. He and his plane were shot back into the air by a catapult. On weekends, when he was not at sea, he would go to Summit Point Raceway and help with the races. Anywhere from 150 to 180 amateurs would race each weekend. He would see everything, from Volkswagen Beetles racing each other to Corvettes with a 427 big block engine, race in different classes.

Mr. Baker retired from the Navy at age 41 in 1982. He went looking for a new job and ended up with Jaguar’s race team Group 44. Jaguar is a car company with a long history of very expensive and very well-designed automobiles. They started out in England, but rich people in the US and all over the world bought their cars because they were so beautiful.

When Mr. Baker started to work for Jaguar, he didn’t get to race the cars. He did the public relations. Unfortunately, the Jaguar company had gotten a bit careless. Jaguar began to get a reputation for breaking down. Many Americans started to see a beautiful Jaguar car being towed to a repair shop.

People started making jokes about them, so the Jaguar car company decided they wanted to change that – but how? They decided to design and build a Jaguar sports car just for racing. Not everybody could afford to own a Jaguar street car, but anyone could watch the race on TV and when the Jaguar cars won, they would have to think again about how good the cars were!

The car company decided to focus on long distance races to show how reliable the cars were. Some of these races lasted as long as 24 hours, which meant that if the car was really fast, it could go more than 3,000 miles, but only if it kept on running that long. “Jaguar picked my friend’s team in the USA to design, build and race a Jaguar car,” said Mr. Baker. “It was a private company named Group 44. Jaguar paid Group 44 a lot of money to make their race car fast and reliable.

The race cars were beautiful. “Our engineers drew up plans for how the cars should be built. And we built them, right there in our shop, from sheets of aluminium and other lightweight materials, with wheels and seats and instrument panels and headlights and taillights and gas tanks, all covered by a special high-speed body made out of fiberglass. Everything but the engine was built from scratch in the Group 44 shop. Most importantly, the engines were regular Jaguar 12-cylinder automobile engines that the team converted into powerful race car engines,” said Mr. Baker.

The street engine could top out at about 143 miles per hour.

The race cars were fast, too. Eventually, they were able to get 800 horsepower out of a regular car engine. Most street cars can make maybe 150-200 horsepower. Once group 44 got finished with the engine, the machine could cruise at 200 and was clocked as topping 220.

It was Mr. Baker’s job to help people see that the cars were actually reliable, too! He used the car’s success on the racetrack to tell that story. He was the director of Public Relations and Marketing. “My friend heard that I was available and offered me the team’s public relations job. I should say here that my last four years in the Navy were in the Public Relations field,” said Mr. Baker. “I had to train the race drivers how to explain their enthusiasm about the cars to TV reporters as well as people from newspapers, magazines, and radios.”

Early in the week before a weekend race, Mr. Baker would take one of the trained drivers and would visit the sports editors or reporters from each of the newspapers and radio and TV. By the end of the first season, he had done hundreds of driver interviews, flown thousands of airline miles and helped Jaguar race their car in 15 or so race weekends. He said he was pretty beat and needed a vacation.

That is when, in December of 1983, Mr. Baker and his wife Ms. Pat first came to St. Maarten. The pair fell in love with the island. That was almost 39 years ago, and they have been visiting regularly ever since.

Player Development is a free afterschool program for at-risk children. The program teaches reading and writing and helps with other school subjects, as needed. Reading is taught using the Thomas the Tank Engine Books. Once a child reads a book, he is rewarded with playtime running the train set for that level. As the reading levels get harder, the train set gets better! Now the children are learning about doing research and writing stories for the newspaper.